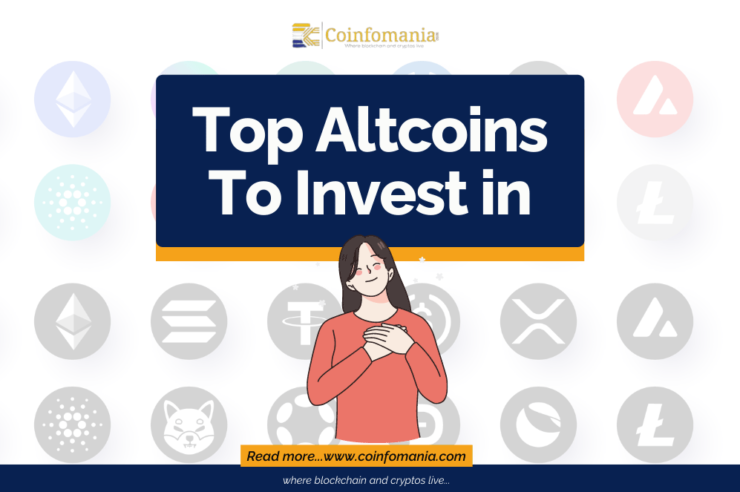 The term “Altcoin” basically refers to any other cryptocurrency besides Bitcoin. It combines two words – “alternative” and “coin.”

According to financial company Bankrate, cryptocurrency was classified among the top investments in 2022. But what are the top altcoins to invest in?

This article answers the following questions:

Altcoin is an umbrella term used to refer to any cryptocurrency besides Bitcoin.

The first altcoin ever created was Namecoin. Forked from Bitcoin in April 2011, it was designed to serve as a domain name service (DNS). This involves using a naming service called Dot-Bit (.BIT). Since its launch, many other altcoins have been created. Examples include Ethereum, Solana, Bitcoin Cash, Tether, Cardano, and many others.

There are currently over 21,800 altcoins listed on CoinMarketCap. Some of these assets offer diverse use cases. Here are some of the key reasons behind the creation of most altcoins:

Some altcoins are created alongside their native blockchains. These altcoins are commonly called native assets. They can be used as a store of value, as a means of exchange, and to cover transaction fees. Examples of such altcoins are Ethereum (ETH), Solana (SOL), Cardano (ADA), Binance Coin (BNB), Avalanche (AVAX), etc.

Ethereum is the leading altcoin. It holds this position because its market capitalization is second only to Bitcoin.

Forking an existing blockchain can also lead to the emergence of other altcoins. A fork occurs when there is a change in a blockchain’s underlying network. This change causes a permanent split in the network, deriving two or more separate blockchains. The newly created chains possess all the attributes of the original blockchain up until the split occurred.

Examples of forked altcoins that have emerged include Bitcoin Cash, Litecoin, and Namecoin, derived from Bitcoin. We also have Ethereum Classic, which was coined from Ethereum.

There are other altcoins created to serve as tokens. Crypto tokens are assets that depend on an established blockchain for their existence. This is because they do not have their blockchain. These tokens usually belong to a token standard such as ERC-20, BEP-20, SPL, etc.

Top Altcoins to Invest In

We have gotten an elaborate understanding of the question: what is an altcoin? Let us now consider the top altcoins to invest in. We will focus on the following 10 altcoins:

Ethereum is the leading altcoin and the second-largest cryptocurrency in existence. It holds a market capitalization of nearly $163 billion. This accounts for almost 20% of the entire crypto market, which hovers around $1 trillion amid bearish trends.

Vitalik Buterin is the founder of Ethereum. It has become home to several decentralized applications (dApps) while facilitating smart contract functionality. It is also used to pay transaction fees. Its native asset is called Ether (ETH). Currently, ETH trades at $1300.

Despite being the largest altcoin, Ethereum’s underlying network has improved since its launch in 2015. Recently, the Ethereum network upgraded its consensus algorithm, transitioning from a Proof-of-Work (PoW) mechanism to an energy-efficient Proof-of-Stake (PoS) mechanism.

Binance Coin is the native altcoin of the BNB chain. The asset was created by the leading cryptocurrency exchange, Binance.

BNB currently holds the power of the third-largest cryptocurrency and second-largest altcoin, aside from stablecoins USDT and USDC. It currently has a market capitalization of over $44 billion. BNB currently trades around $250.

Like Ethereum, the BNB chain has facilitated the existence and growth of several altcoins. BNB is used to pay transaction fees on the network.

Critics argue that the BNB chain is centralized, as it currently has 44 validators. However, in a recent statement by the BNB team, plans are underway to expand the network’s validators.

XRP is the native asset of Ripple Labs. The purpose of the blockchain is to serve as a payment system and a global currency exchange.

The altcoin has a current market capitalization of over $24 billion. Its current trading price is $0.5.

In December 2020, the Securities and Exchange Commission (SEC) charged Ripple Labs over the sale of its altcoin. The financial agency argued that the company raised $1.3 billion from selling an unregistered security offering. To date, the battle is still ongoing.

Cardano is a blockchain that uses a PoS consensus mechanism. Like Ethereum, Cardano houses several decentralized applications. ADA, its native cryptocurrency, is used for payment settlements on the network.

Charles Hoskinson is the founder of Cardano. He was formally a member of Ethereum’s core development team before pulling out and building the blockchain.

The altcoin has a market capitalization of about $10.8 billion. ADA currently trades at $0.3.

Skeptics consider Cardano to be dead due to its delay in delivering intended functions. For example, even though it went live way earlier than several blockchains, it only enabled smart contract integration in September 2021.

Solana is another top altcoin to invest in. It is an open-source blockchain that enables smart contract functionality. The native cryptocurrency is SOL. Solana seeks to solve the blockchain trilemma: security, scalability, and decentralization.

Similar to Ethereum, Solana hosts several dApps and NFT collections. The blockchain also utilizes a PoS consensus mechanism. SOL, the native altcoin of the project, is one of the largest cryptocurrencies by market capitalization.

Despite its achievements so far, however, Solana still faces a struggle with network outages. In its most recent downtime, on June 1, a bug caused Solana node operators to generate different results for the same block.

Dogecoin is the tenth-largest cryptocurrency in existence. This is also the first memecoin that was created. The reason behind the creation of memecoins is for jokes or fun.

Since its creation in 2013, its crypto token, DOGE, has garnered a market capitalization of $7 billion. DOGE currently trades at $0.06.

One of the things that bolstered Dogecoin’s growth was its adoption by billionaire tech investor Elon Musk. In December 2021, his car-making company, Tesla, made the altcoin a means of payment for products. Meanwhile, Musk’s promotion of the memecoin has landed him in a lawsuit charged against him and Tesla.

Formerly called the Matic Network, Polygon is designed to solve the shortcomings of Ethereum. It is a layer-1 blockchain that enables fast transactions with low fees, uses a PoS consensus mechanism, and hosts several dApps on its network.

MATIC is the native altcoin of the Polygon network. It currently trades at $0.9 and has a market capitalization of $7 billion.

Polygon network has garnered a lot of attention in 2022, which has contributed to its growth. In a recent report, Polygon integrated Push protocol, a decentralized communication tool. The merger focused on the growth of the communication system across several dApps.

Polkadot is yet another top altcoin to invest in. Launched in May 2020, Polkadot enables the communication between several blockchains, commonly called parachains. The network also empowers the sending of funds across these chains.

It is a layer-1 blockchain network with DOT as its native altcoin. The network holds a market capitalization of nearly $7 billion. At the time of writing, DOT traded at $6.2.

Like most altcoins explained earlier, Tron is a decentralized blockchain that enables smart contract functionality. It uses a PoS consensus algorithm. Its native currency is Tronix (TRX).

The network currently holds a market capitalization of $5.7 billion. TRX, on its part, trades at $0.06.

Like Dogecoin, Shiba Inu is a memecoin that has sprouted from its creation as a joke. The Ethereum network hosts the memecoin. Its native token, SHIB, trades at $0.0000104. The memecoin project has a current market capitalization of $5.7 billion.

Unlike other altcoins stated earlier, Shiba Inu has fewer use cases. This has likely contributed to its low trading price. Lately, however, the team behind the popular memecoin has begun to integrate more things into its growing ecosystem. So far, in 2022, it has ventured into the metaverse and plans to launch the Shi stablecoin.

Are Altcoins a Good Investment?

Having come to know the top altcoins to invest in, the above question might come to your mind. After all, altcoins are termed risky investment assets.

While we cannot give you financial advice, let us consider this fact:

When selecting an altcoin to invest in, it is good to consider some factors tied to the asset, such as its use cases, track record, and level of adoption. An altcoin with a good record in these evaluations is a good buy.

As previously mentioned, altcoins are risky assets. As you contemplate investing in altcoins, consider their prominent risks:

All cryptocurrencies in existence are volatile – their prices often go high or low. While the upward volatility of altcoins tends to benefit investors, several altcoins have fallen victim to downward volatility, leading to losses on the part of investors.

Memecoins are common victims in this regard. The purpose of their creation is for fun, and so they usually do not have any inherent value or use case. Due to this underlying shortcoming, memecoins often face the “pump and dump” scheme. This occurs when there is short-term inflation of the token’s price before dropping drastically.

Other factors can contribute to the sudden downward volatility of an altcoin’s price. A fault in the working system of an altcoin can lead to a price crash. A notable example is the collapse of the troubled TerraUSD ecosystem that staggered the entire crypto market. The Terra team designed the LUNA coin’s price to be tied to its stablecoin, UST. Failure of the working mechanism resulted in the ultimate failure of the entire ecosystem.

Most altcoins lose value when the underlying project suffers a security breach. This is a risk to any investor who plans to invest in an altcoin, especially those linked to decentralized finance (DeFi) protocols.

With bad actors turning the DeFi ecosystem into a playground to hijack funds, projects have lost millions of dollars within the space of minutes. In many cases, such hacks cause a sudden downtrend in the assets’ prices.

In a recent study by blockchain analytics company Chainalysis, over $3 billion was stolen from crypto hacks in 2022 alone, with October seeing the highest amount stolen yet.

This article addressed the question: “ What is an altcoin?”. It also extensively discussed the 10 top altcoins to invest in and the risks involved. As you invest in the altcoin(s) of your choice, be sure to research and invest only in those you feel confident about. 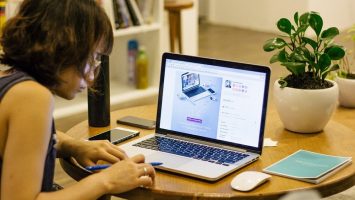 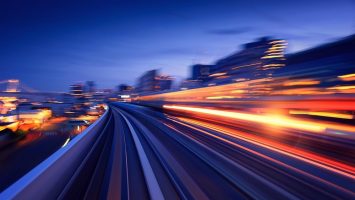