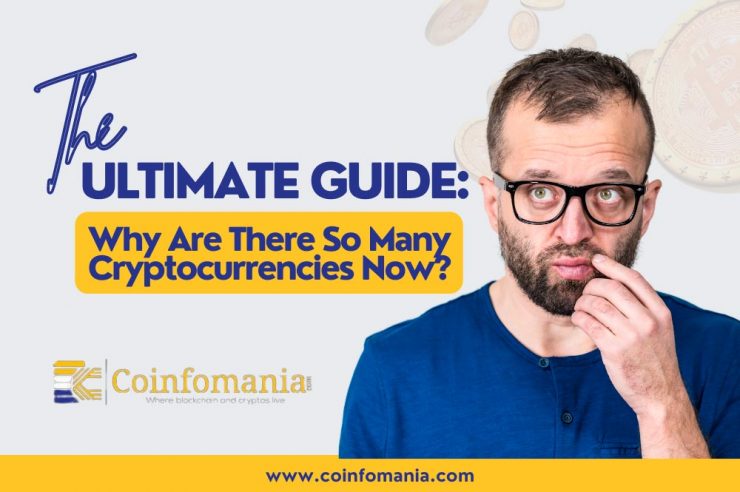 Since the emergence of Bitcoin, so many other cryptocurrencies have been introduced. There are currently over 18,215 listed on CoinMarketCap at the time of writing this article, causing many investors to wonder: why are there so many cryptocurrencies?

Some critics even ask how Bitcoin can be provably scarce when there are just so many other cryptocurrencies that investors could buy.

First, though, it is helpful to understand the many types of cryptocurrencies that exist. We’ll use that as a basis to see why the numbers just keep going up by the day.

Understanding the many types of cryptocurrencies

So many different cryptocurrencies that exist today can be grouped in terms of their utility:

Bitcoin, for example, was created to serve as a hard cap global currency. The network enables easy, cheap, decentralized, and fast settlement compared to traditional financial systems. This primary goal was achieved and has continued to see greater adoption through systems like the Lightning Network. Bitcoin has morphed into a corporate treasury asset for companies and even nation states like El Salvador.

Ethereum, the second leading cryptocurrency, powers most blockchain-based applications today, such as decentralized finance (DeFi) protocols and non-fungible tokens (NFTs). This is possible because of its use of smart contracts. Other blockchains like Solana (SOL), Avalanche (AVAX), and Polygon (MATIC) also serve as blockchain application layers.

Numerous projects built on the blockchain might choose to integrate tokens to provide users with utility such as governance and voting power. Common examples of cryptocurrencies (tokens) under this category are native tokens for DeFi platforms such as Compound (COMP), Aave (AAVE), and Pancakeswap (CAKE). 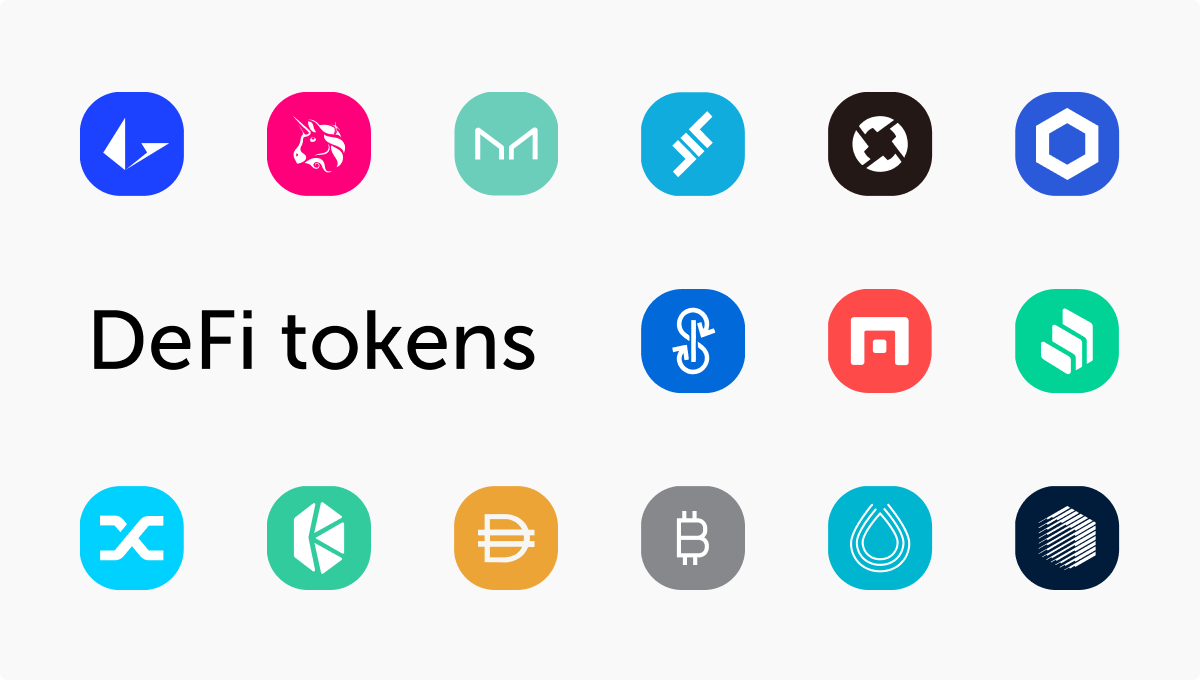 There are also blockchain-based assets referred to as stablecoins. These coins are backed by already existing assets such as gold, fiat currencies, other cryptocurrencies, and anything else of value. This enables their prices to be without any fluctuation. Examples of such coins are Tether (USDT), Binance USD (BUSD), Terra USD (UST), etc.

There are many cryptocurrencies that do not have any utility beyond speculation. These are popularly referred to as meme coins. These coins are created solely for fun. Many such coins are inflationary, meaning that they can have infinite supply. This is different from Bitcoin, which will stop minting at 21 million supply.

Notwithstanding, some other meme coins eventually get a huge market capitalization like Dogecoin and Shiba Inu. Earnings from meme coins are possible for investors by using the pump and dump scheme. This manipulative method involves accumulation of the coin and artificial inflation of the price, usually through spreading misinformation.

Then once the price of the coin increases (pumps), the investors sell off (dumps) and take their profits. This dubious means of taking profits has made meme coins get another name, shitcoins.

Majority of the valuable cryptocurrencies were created to solve real-life problems. For starters, the introduction of cryptographic proof instead of trust has enabled two individuals to transact directly and irreversibly with each other in a decentralized manner without having a third party involved.

Innovation, however, has led to the existence of many cryptocurrencies. For example, Ethereum is a blockchain network that was built to power decentralized applications (dApps). But as many people began using the network, it made the system become slow, expensive and a large amount of energy was consumed.

In an effort to solve these problems, other blockchain projects created their cryptocurrencies, which offered faster and cheaper transactions. Some of these networks include the well-known Avalanche, BNB Chain, Polygon, Solana, Tezos, etc.

With the creation of these networks and their coins, there came to be a significant increase in the number of cryptocurrencies. Hence, we say that trying to improve (innovate) on existing systems has contributed to why there are so many cryptocurrencies now.

In blockchain, forks occur when a permanent split takes place from an existing chain of blocks, leading to the existence of two or more respective blockchains. These new chains of blocks possess all the data from the original block, up until the point where it gets split.

Sometimes, a fork is advantageous as it protects and adds some important features to the blockchain, more like an upgrade to it. This mild change in the cryptographic code is referred to as a softfork.

The hardfork feature of the blockchain has enabled many developers and projects to create their own coins, hence another reason why there are so many cryptocurrencies today.

Meme coins are another reason why there are so many different cryptocurrencies. Earlier, we explained meme coins as crypto tokens created for the purpose of fun, with no use-case or utility. Of the vast majority of cryptocurrencies in existence today, meme coins take a huge share.

The ease of creating these coins has led many developers, including bad actors, into creating them, thereby adding to the thousands of cryptocurrencies that already exist. Many meme coins are named after more popular versions such as Dogecoin and Shiba Inu, hence names such as Floki Inu, Bezoge, etc.

Another easy way to find out why there are so many cryptocurrencies now is to think back to the early days of the internet. When the internet was introduced, it was poorly embraced by the majority of people. Over time, the benefits of the internet were recognized and it was quickly adopted by people around the world.

Similarly, the concept of cryptocurrencies raised eyebrows in its early days. However, it has become so popular today as millions of users around the world have adopted cryptocurrencies, many even making a living from it.

This increased adoption has caused many popular organizations to see the potential in cryptocurrencies and adopt it for their respective businesses.

In India, for example, there is a video editing app called Chingari. The platform embraced crypto by creating Gari Token, a governance token that runs on the Solana network and is used to incentivize video creators to monetize their content.

Tesla Inc. is another big organization that has utilized the opportunity of cryptocurrencies. The company made provision for their customers to buy products using digital currencies, such as Dogecoin.

Why are there so many cryptocurrencies? The largely unregulated nature of the cryptocurrency market is another prime reason. Everything done on the blockchain is governed by cryptographic codes. So anyone who knows their way around these codes (including fraudulent persons) can create their own cryptocurrencies and potentially distribute them to investors. The presence of fraudsters, as in every other industry, contributes to why there are so many different cryptocurrencies.

Furthermore, the novel nature of the technology means that many governments are still struggling to come to terms with its potential. Some government authorities have rightly chosen to limit the use of cryptocurrencies in their countries as a way of curtailing the existing number of cryptocurrencies. Examples of countries where such has happened are Bolivia, Bangladesh, Nigeria, etc.

In other countries like the United States, certain crypto tokens have been labeled as securities, mandating parent companies to pass a rigorous registration process. Over time, this has reduced the number of cryptocurrencies directly available to U.S. investors.

In summary,  the lack of a global regulatory framework around crypto issuance is another reason why there are so many cryptocurrencies now. Although it will be almost impossible to devise such a framework, success on that front could potentially lower the number of cryptocurrencies.

Why are there so many cryptocurrencies? Frequently Asked Questions (FAQs)

How many cryptocurrencies exist?

Today, there are more than 18,000 different cryptocurrencies in existence. There is a likelihood that this number will increase over time.

With so many cryptocurrencies, why do any of them have value?

Certain leading cryptocurrencies have proven use cases that continue to attract new and existing investors, causing them to have value. However, other cryptocurrency projects often build native communities to promote the project. Hence, the tokens tend to become valuable overtime, but lose essential value when the community becomes less effective.

How many cryptocurrencies have failed?

Today, there are more than 10,000 different cryptocurrencies that have failed. This is largely because of poor or no utility or use-cases.

Why are there so many new cryptocurrencies?