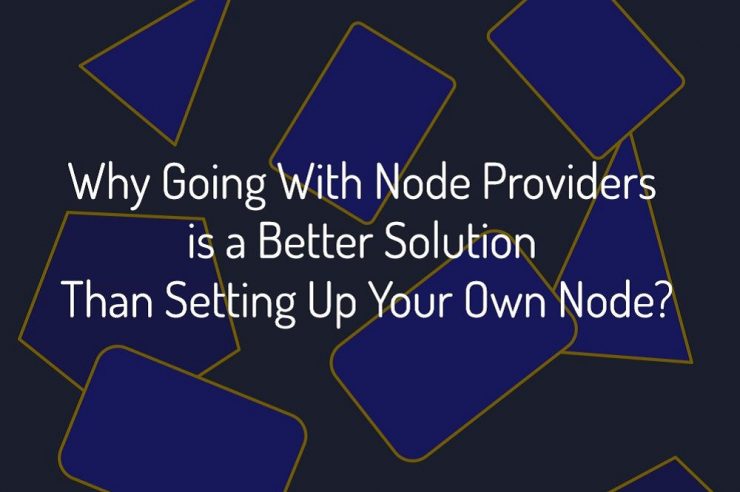 Nodes are one of the most important parts of blockchain networks and yet, they are a concept that many people are unfamiliar with. Some of us haven’t even heard about them up until this point. A blockchain node is a computer program that allows you to connect with the rest of the blockchain.

Nodes can be viewed as blockchain browsers due to the fact that you won’t be able to access any information on the blockchain without them. Now, there are two ways to use a node as a service. The first solution is to set up your node, while the second one is to find a reputable node provider that will do the job for you.

That is what we are going to talk about in this article. We’ll be taking a look at both types of node hosting and share a few facts as to why going with a node provider is a far better solution than setting up your own node. Let’s jump right into the details.

Nodes Are Difficult to Set Up

First things first, let’s start with setting up a node. Basically, there are two types of nodes – light and full. Full nodes do the hard job as they maintain balance on the blockchain and because they are the backbone of the blockchain, they are a necessity.

On the other hand, light nodes are connected to full nodes and they are used to further validate the information on the blockchain. They are much smaller in size and hold info on partial histories of the blockchain.

Setting up a node is a complicated process and there are a couple of disadvantages that come with it. First, you will need a lot of disk space, especially for full nodes. Not only that, but the process will take up a lot of your RAM.

Read More: What is a Bitcoin Node? Here’s How to Run a Full Node

As we’ve just explained, setting up your own node in order to act as a node provider is a difficult task, one that will take a lot of your time and effort. But if you think that that’s where the hard work stops, you are mistaken. On the contrary, setting up a node is the easier part of the job.

If you are using nodes for more than just your projects, then you will have to make sure that the whole system is large enough to keep up with the requests that you are sending. The solution to this problem may be to set up a second node, but this is where things get complicated.

Running two nodes is difficult as it is extremely hard to keep them in sync. The most common issue that comes with running more than one node is consistency. For example, let’s say that someone wants to buy an NFT and sends a request to Node A. When the queries are transferred to Node B, that’s when the problem arises as the buyer is facing the risk of having no data on the purchase and thus, it may look as the transaction never happened.

They Require a Lot of Work

Running a node as a service is not something that will take up one or two hours of your day. It is the opposite because, to keep your node operational, you need to stay online as long as possible. That means that you will likely have to work at least 7 hours a day.

They also require a lot of additional work. For example, nodes must be upgraded every few weeks and occasionally, you will have to rebuild them from scratch. Sometimes, the node might not be reliable and sustainable enough and it might crash.

That means that you will have to keep a close eye on the health of your node and debug it at 3 am on numerous occasions.

As you can see, node hosting is a tricky job that requires a lot of focus, time and dedication. That is why it is much better to just save yourself from all the hassle and find a reputable node provider that does the hard work for you.

Node providers are teams that will offer you access to the information without having to set up your own node. Each reputable node provider will give you access to light and full nodes, which are updated regularly, will provide you with scalability and reliability, as well as consistency.

Your task is to just find a decent node hosting service, one that will meet your individual preferences. One of the best node providers on the market is CryptoNodes.io. This node provider is known for having a dedicated service that is constantly updated.

Not only that, but if you happen to come across a problem of any type, you can always get in touch with CryptoNodes.io’s support and they will provide you with a solution within a couple of hours. CryptoNodes.io features TRON Node, Ethereum Node and Binance Smart Chain Node and its subscription prices are cheaper than the competition. Unlimited API calls, automatic updates, Websocket API, RPC API, and IP Whitelist are all included in all of its services. 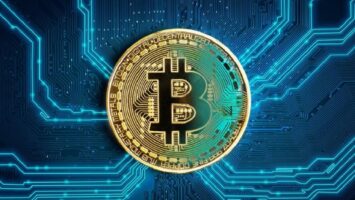