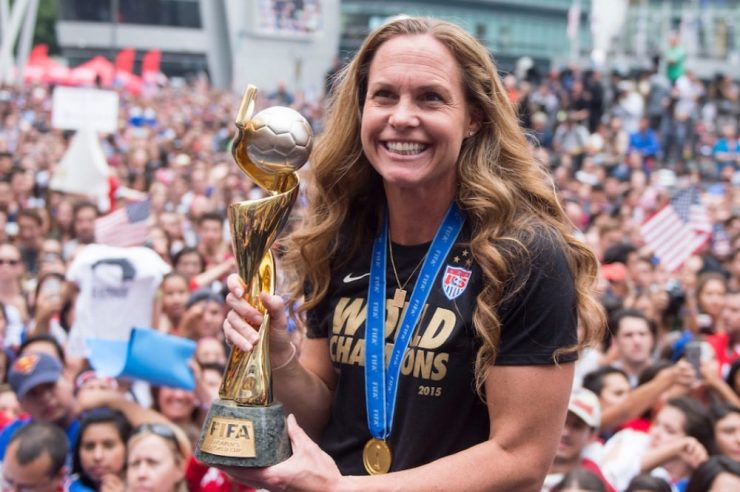 Financial fitness is often likened to physical fitness and no one knows the importance of keeping fit than those in the field of athletics. One such person is Christie Pearce Rampone, the former captain of United States Women’s National Soccer, 2-time Women’s World Cup winner, and 3-time Olympic gold medalist.

Rampone, popularly known as “Captain America” was recently interviewed by Catherine Coley, the CEO of Binance US, where she shared her own opinion on Bitcoin and cryptocurrencies in general.

The freedom of money

The professional soccer defender first acknowledged that when it comes to the understanding of how Bitcoin works she is on a basic level. She said, “as we say in sports, I’m a rookie right now in Bitcoin. But what I do know is that it is a digital currency that is most popular and the most valuable, which we like to hear.”

She also went on to express how similar the cryptocurrency space is to athletics in terms of continuous learning and trying very hard to become better than before and that, according to her, increases the excitement.

The opportunity of being totally in control of investments also adds to the trill. She added, “I’m excited. So I do feel like I’m safe. I’m in good hands. It’s secure. And it’s a growth process. And just like sports now, it’s a process. And I’m excited to go from rookie to hopefully better one day.”

The gold medalist, however, had a little bit of regret and that is not knowing about Bitcoin early and that is why she is trying her best to learn as much as she can about the cryptocurrency in order to teach her two daughters so that they can start investing early.

I haven’t discussed the whole crypto method yet with them. And obviously, I’m learning to use it. I’m excited to explore that and talk to them about that…I can explain the world to them and guide them, especially investments in money because it’s crucial.

She is also of the opinion that one does not have to invest all his life savings into cryptocurrencies. “You don’t put all of your money into something. You put a little in, get more comfortable with it, see how easy and safe it is…It’s so easy and it’s safe and you’re in control so go after it.”

Just like Rampone noted, it is very important to start early and be in control of your financial fitness, it might be overwhelming at times, but it gets better and in the long run, the results are worth the investment and time.

Another person who demonstrated the importance of getting into crypto space and making investment early is 12-year-old Ginger, the daughter of Morgan Creek Digital co-founder, Jason Williams, who went all-in on Bitcoin just a few weeks ago.