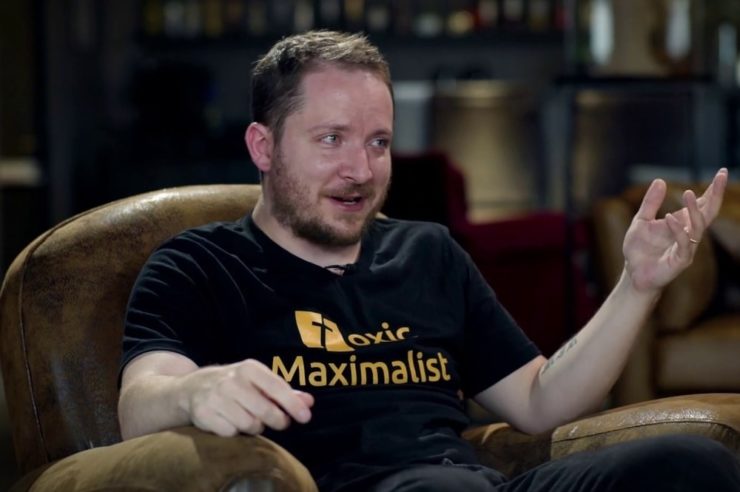 At the Baltic Honeybadger Bitcoin conference in Riga, Coinfomania’s correspondent, Emi Lacapra asked a few questions to Bitcoin expert, researcher and enthusiast Giacomo Zucco who also held one of the most hilarious presentations that have ever been staged in the Bitcoin space on ‘shitcoins’.

His entertaining nature is known to the crypto world, especially through his Twitter account, but his knowledge of everything Bitcoin is no less recognized and ranges from economics to payment systems, from politics to technology, all starting with physics at University.

Giacomo, your background is in physics. What was your previous job and how did you get involved with Bitcoin?

After university I was hired by Accenture Multinational, my job was an assistant designer and my role was very much related to payments and money transactions. I stayed there for 4 years until I discovered Bitcoin and I could not focus on anything else. At that point, I became less and less interested in that consulting job although those skills as a consultant turned out to be very useful as my first steps in Bitcoin were as an advisor. Compared to what I’m doing now I found it extremely boring!

What appealed to you so much about Bitcoin?

It was a combination of different fields I was interested in: mainly payments and IT for finance. Also, at the time I was politically active and used to attend Italian National TV shows debating politicians from a libertarian point of view which also had a strong monetary component in the sound money argument against central banks, money devaluation, and the state surveillance component leading to the cypherpunk movement.

Then came the desire for me to do something new and disruptive together with a personal ambition to go beyond the 9-5 office job. So Bitcoin appeared as the perfect combination of all these components.

When I used to talk to people interested in privacy, they had no idea of what sound money and Austrian Economic School were. On the other hand, when I talked to Austrian Economic enthusiasts they had no idea of privacy concerns and cypherpunk movement. Bitcoin unified those two political grounds that were very disconnected while I was part of both.

My wife Mir (@mir_btc) noticed that first and realized that Bitcoin would combine together all these skills and ideas so she helped me take the decision to focus on it entirely. I quit the job the day after in 2013 and I never got back to it!

Actually many people can relate to your situation, it’s true that Bitcoin can combine many different skills at the same time. Do you think that taking responsibility for your own money teaches you to also be in total charge of other aspects in life like becoming creative in how to make a living and rely on your own shoulders?

Do you see a relation with that?

Yes, there are two relations. One is philosophical and theoretical: when you start to understand your personal sovereignty with money, you also start to take responsibility for everything else.

What you knew of the pre-bitcoin world is no longer appealing to you but you need to learn to stand on your feet.

It might be hard at the beginning because you no longer see a stable salary coming in every month and it might be scary. Many of us were lucky to buy Bitcoin when it was very cheap and when it got to $1000 it allowed us to take more risks and spend a bit of it to keep going without a job.

But none of us spent their bitcoin to live a life of luxury. Actually, we mostly saved them for the future because we believe it will increase in value.

Back in 2013, I made the mistake of spending most of my bitcoins to fund my company, wasted some of them and I regret not stacking up more. But I learned from that mistake and what I wasted in money I gained in something probably more important which is knowledge.

Now you’re involved in the RGB project with Peter Todd. Can you explain in simple words what it is and what you are trying to achieve with it?

The project started with one question: as Bitcoin works as an asset AND as the platform, can the technology be used for something else outside of Bitcoin itself? Back in 2013 and 2014, this question triggered a lot of experimentation seen in the Coloured coins, Counterparty and Bitcoin 2.0. It also led to the creation of Ethereum as a project that started experimenting with the ERC20 tokens.

RGB looks at the issues that Ethereum faced and try to find a solution from a technical perspective. We believe ERC20 is a terrible solution, the Ethereum infrastructure is not scalable, private or sustainable. The alternative Coloured coins and Counterparty were slightly better but were abandoned soon. Brainstorming with Peter Todd and a few others resulted in a design that heavily builds on Peter Todd’s idea: should we only use the blockchain as an anti double-spending commitment and not for data storage of transmission?

Right now if I send you a bitcoin i put the proof that i spend the bitcoin on the blockchain. Peter, instead suggested that the proof, the signature of the transaction is sent directly to the receiver and the blockchain only gets the seal that prevents the double-spending. We’re facing challenges like how to store an independent kind of proof and also on Peter’s design everybody must be online at the same time otherwise they cannot transact, while in Bitcoin it’s simpler since people can be offline and receive the money when they go online.

This type of client validation protocols are difficult to implement but then the Lightning had the same issues so we thought we could launch the experiment by completely relying on LN at the beginning. Therefore, in a way RGB is a third layer protocol which assumes Bitcoin is a base layer and the Lightning Network a second layer that passes stuff over including BTC payment but not only.

At the moment we are interested in experimenting with the design and interested in seeing how people will use this standard. It’s not a commercial operation, it’s a non-profit project.

Is it correct to assume that you also improve privacy by going through the LN?

With RGB you do not get to know anything else from the blockchain but the transaction. so privacy is guaranteed. If you receive the proof of the asset you know that you received the asset while everyone else won’t even know you received it and miners could not stop it.

The other is scalability. It’s already terrible on chain but by moving the asset from the basic layer to the second and above create better privacy and better scalability.

Next, we will be talking about miners and hashing centralization and his current view on Ethereum’s Vitalik!

Do not miss Part 2 of the interview with Giacomo Zucco. 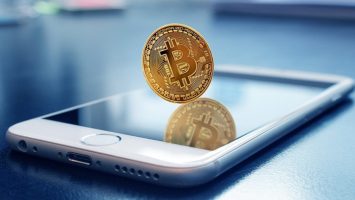