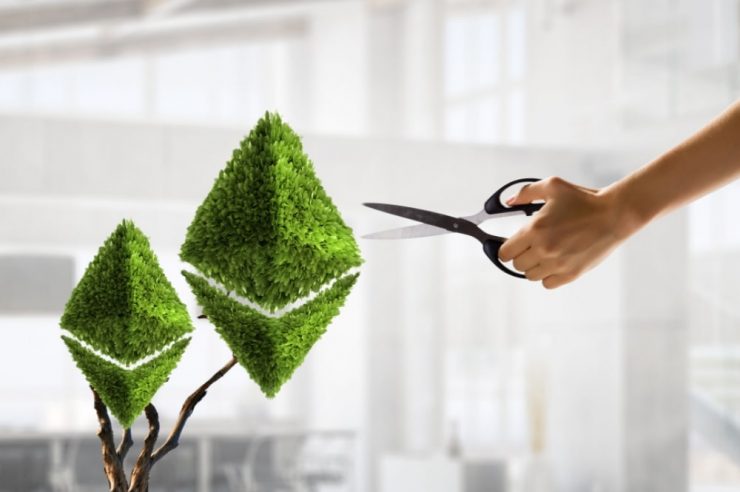 Unlike Bitcoin, Ethereum does not have a halving event. Instead, the cryptocurrency’s supply is controlled by a burning mechanism introduced in late 2021.

Bitcoin halving is one of the most significant events in the cryptocurrency industry. The halving is a four-year event and the most recent one was observed this year (2020). Many analysts and bitcoin news outlets have speculated that halving would increase the price of the cryptocurrency, following a historical effect of the previous halving.

Known for the fact that many people believe that halving increases in Bitcoin prices (although not in the short term), others, especially new entrants, might be wondering if there is anything like Ethereum halving. If there is, how good or bad will the event impact the price of the second-largest cryptocurrency, Ether (ETH).

We’ll discuss this and more in-depth information concerning the Ethereum protocol. To better understand the whole concept of Ethereum halving, we will compare Bitcoin halving to that of Ethereum, and also the sentiments surrounding Ethereum 2.0, which is assumed will result in halving of Ethereum annual coin issuance once the upgrade goes live.

Bitcoin and its halving

The top cryptocurrency by market capitalization, Bitcoin was initially released on the 3rd of January 2009, to operate as a secure peer-to-peer (p2p) electronic payment system. It works using blockchain technology, which serves as a ledger for all the transactions done on the network. These data blocks are listed in a linear, chronological order and are created through a proof-of-work (PoW) model, which is essential in the issuance of new coins.

The PoW mechanism is designed to prevent malicious activity within the blockchain, given that it sets miners in competition to process and verify transactions on the network by solving complex mathematical problems, with rewards as incentives. This process is called mining. The reward for Bitcoin mining was designed to be reduced by half once every 210,000 blocks are mined. This happens once every four years and it is called Bitcoin halving.

The initial Bitcoin mining reward was 50 BTC, and was reduced to 25 BTC sometime in 2012; 12.5 BTC in 2016; and 6.25 BTC in 2020. The process is expected to continue until 21,000,000 Bitcoin is mined. The idea behind the halving event is to reduce inflation of the cryptocurrency, and reduce the rate at which new coins are issued into the market.

Overview of Ethereum and Ether (ETH)

Ethereum was launched with objectives that differ from Bitcoin’s. In fact, it was specifically created to serve more as a root chain network, than as a payment system. Ethereum is a decentralized network that supports the execution of smart contracts, applications that can run on their own, without any possibility of censorship, third parties, downtime, and fraud.

Ether (ETH), the native cryptocurrency of the Ethereum network, was launched through the project’s Initial Coin Offering (ICO) in 2015. At that time, about 60 million Ether was sold, which raised to $18.5 million.

See also: What’s the difference between Ethereum, Ether, and ETH?

Similar to Bitcoin, a new ETH is created through mining. The network currently uses a PoW mechanism, which ensures that miners have to solve complex mathematical problems before the creation of new blocks, after which they will be rewarded with the cryptocurrency. Unlike Bitcoin, Ethereum does not have a supply limit. However, the amount of new Ether released every year can be capped.

When is Ethereum halving?

Ethereum halving will not occur in the pattern as Bitcoin, in terms of a 50% cut in mining reward, and a specific period for the event. Ethereum doesn’t envisage a reduction in mining rewards at a particular time, like Bitcoin. However, the mining rewards ETH miners receive can possibly be reduced.

Bitcoin would halve miners’ rewards every four years, at exactly 210,000 blocks, but that is not the case for Ether mining. Because Ethereum halving is not pre-programmed, and the issuance of new Ether will never stop, it misses out from the deflationary nature of Bitcoin and Litecoin – that is to say, Ethereum operates in an inflationary state, amid the continuous issuance.

However, changes can be made to the Ethereum protocol to control its inflation rate, one of which includes the decreasing of rewards to control the annual issuance of new ETH. A reward reduction could be made as to the growth graph of Ether’s circulating supply shows. But there is no certainty on the exact amount to be reduced, and the time it will be done.

For instance, the initial reward for mining Ether was set at 5 ETH but it has been reduced to 3 ETH, even without an official halving like that of Bitcoin. The reduction followed a Byzantium update on the Ethereum network in October 2017. While the reward might seem lower than that of Bitcoin, it is worth keeping in mind that Ethereum blocks can be mined in about 12 – 14 seconds. Bitcoin, however, requires as much as 10 minutes.

Ethereum 2.0 and its featured improvement

Ethereum 2.0 or “Serenity” is considered to be a significant update for the second-largest blockchain network. The upgrade has been widely speculated to be launched in July. That would constitute a substantial improvement for the Ethereum blockchain – one that would change the sentiments on Ethereum halving from a Bitcoin-mining perspective.

The Serenity upgrade is expected to introduce two primary improvements, which are not available with the current Ethereum 1.0. These include the transition to Proof-of-Stake (PoS) model and Shard Chains.

What is Proof of Stake (PoS)?

Proof of Stake (PoS) refers to a consensus algorithm that allows blockchain network participants to mine or validate transactions based on the number of coins they hold.  Basically, PoS depends on validators (miners) and deposits (cryptocurrency staking) of Ethereum coins. Upon adoption, a new Ether (ETH) will be released as staking rewards.

If Ethereum finally moves to the PoS model, there will cease to be Ethereum miners who confirm transactions through solving mathematical puzzles. Miners will then become validators.

Many people believe that PoS would enable scalability, security, and power efficiency since it would terminate the need for dependent or tremendous electricity rate and physical miners to verify transactions with the cryptocurrency. Perhaps it will equally address Ethereum’s halving misinformation, as it will no longer involve miners.

Shard chains are expected to enhance the throughput of the Ethereum blockchain. It is a scalability mechanism through which the network will “split” to about 64 different chains. This way, data processing on the root blockchain will be distributed among the nodes. Thus, transactions will be processed in parallel rather than consecutively.

Meanwhile, Ethereum 2.0 is scheduled to undergo three different phases to complete the launch. Phase 0 is expected to launch this year, which will usher in the PoS consensus mechanism. Phase 1 is planned to start next year to introduce the Shard Chains, while Phase 2 will see off Proof of Work from Ethereum completely, and other improvements in 2021 and 2022.

Although there may not be any event for Ethereum halving like Bitcoin, there may be a reduction in the number of new ETH created annually once Ethereum 2.0 goes live. The co-founder of the project, Vitalik Buterin, disclosed this during a podcast interview with POV Crypto dubbed “Internet Money.”

One of the reasons why we’re doing Proof of Stake is because we want to greatly reduce the issuance. So in the specs for ETH 2.0, I think we have put out a calculation that the theoretical maximum issuance would be something like 2 million a year if literally everyone participates.

Currently, Ethereum 1.0 sees around 4.7 million Ether issued on a yearly basis. However, the launch of Ethereum 2.0 is expected to initiate a supposed Ethereum halving, wherein the annual issuance will be significantly reduced between 100,000 and 2 million.

Buterin also added that the total supply of Ether could also see a net reduction following the upgrade. And that might be done through the “burning” of ETH.

As the co-founder explained, amid high ETH transaction volume, the fees will be split into two different parts, wherein the first will be used to tip validators, while the other part will be burned.

Adjustments to the block size will help to address most of the challenges faced by users. More specifically, the difficulty of determining a transaction’s optimal fee rate, including excessive processing times.

Many industry experts are positive about the many improvements proposed in the next major upgrade on the Ethereum blockchain, from the reduced issuance to the transition to PoS, and more. MetaCartel Ventures DAO partner Adam Cochran is expecting the start of a bull run with Ethereum 2.0, saying it could become the most significant economic shift in society.

Cochran believes the transition from Ethereum to the Proof of Stake model could begin a supply shock for Ether. His speculation is probably based on the proposed reduction of Ether supply with Ethereum 2.0. According to Cochran, a staking reward of three percent to five percent might prompt investors to bring in capitals, which could result in about 30% of ETH total supply being locked.

Coupled with the burning mechanism, ETH supply will drop even further, Cochran said, adding that the scenario will cause fear of missing out (FOMO) among retail investors and traders, causing them to on-board the market as soon as possible. Cochran also believes that the next bull run will be easier than the previous one experienced in 2017, as purchasing digital currencies with fiat has become convenient and accessible.

For DeFi to work, we need to get from twenty to one thousand to maybe a couple of thousand transactions per minute, and then we start to get really serious. And ETH 2.0 is getting there. If you look at the specs, it’s pretty exciting.

In line with Batlin’s statement, Decentralized Finance (DeFi) will eventually become the dominant platform for DeFi projects if Ethereum 2.0 delivers its proposed features.

ETH has begun seeing growth in demand. According to Glassnode, a crypto on-chain analytics company, the number of Ethereum addresses holding 32 Ether, which is the required amount for staking in the PoS model, increased by 14 percent since last year. The number is 116,351, precisely.

Although ETH is being released through the Proof of Work model, which involves mining, there is probably no case of Ethereum halving like Bitcoin. It is not recognized on the blockchain; however, the mining rewards can be reduced.

The launch of Ethereum 2.0 is highly speculated to bring more adoption for the blockchain, amid the proposed transition to PoS, including the reduction of ETH annual issuance. However, it is noteworthy that investors should act cautiously, as there is no certainty that Ether the big price boost upon the launch of ETH 2.0. 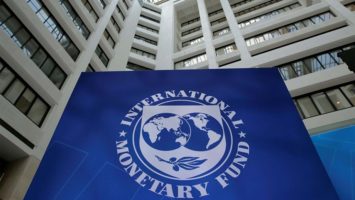 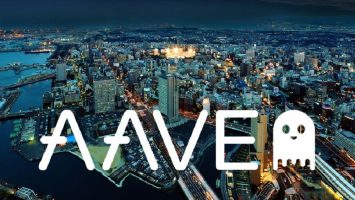 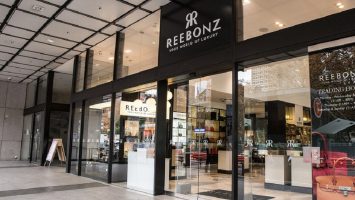