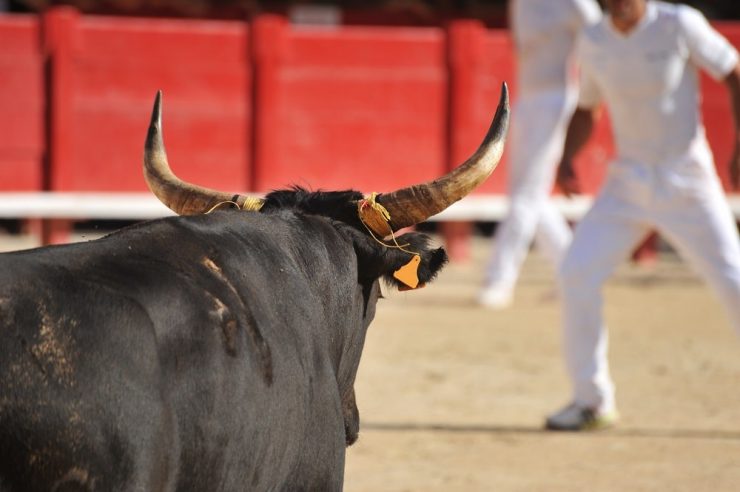 Binance Coin is in a bull market after the termination of its bearish market in March. In its upward move, it attains a peak price of $19 on April 29. BNB reached the overbought region of the market at $19. Sellers emerged to push prices down. 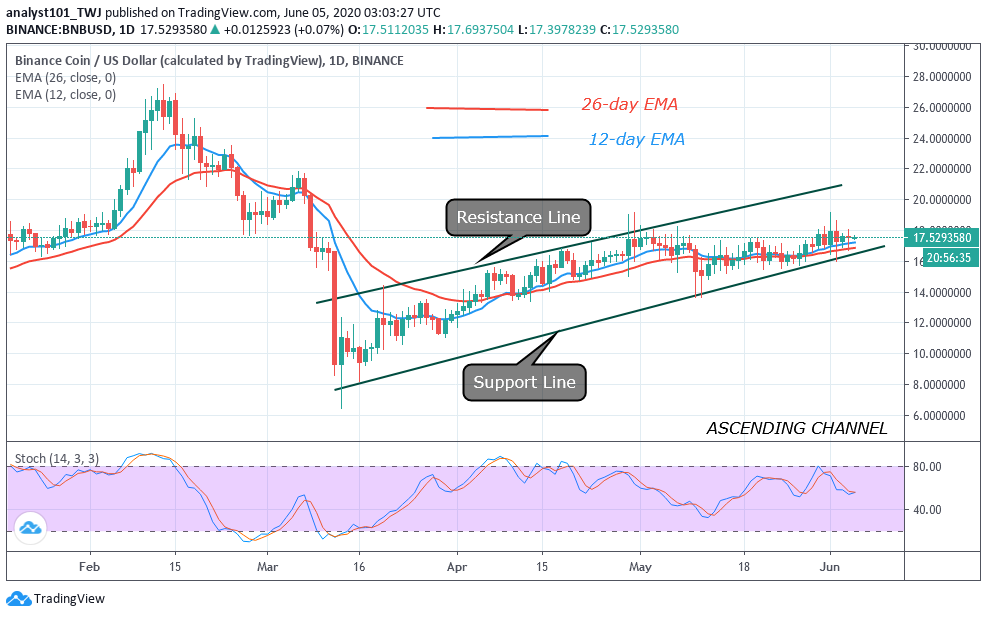 Buyers have failed to push prices above the overbought region after the emergence of sellers. The crypto has been trading below the resistance since April 30. On June 1, the bulls attempted to break the overbought region but were repelled. The price spike hit the $19 resistance but faces stiff resistance. The bearish reaction pushed the coin to $16.22 low. The price has corrected upward but BNB is still in sideways move below $18 resistance. The coin is in a bearish momentum as it is below 50% range of the daily stochastic.

Bitcoin SV is in a bullish market. In its upward move, buyers push the crypto to a high of $228. At the recent high, BSV resumed a downward move because the coin reached the overbought region. Sellers appeared to push prices down. 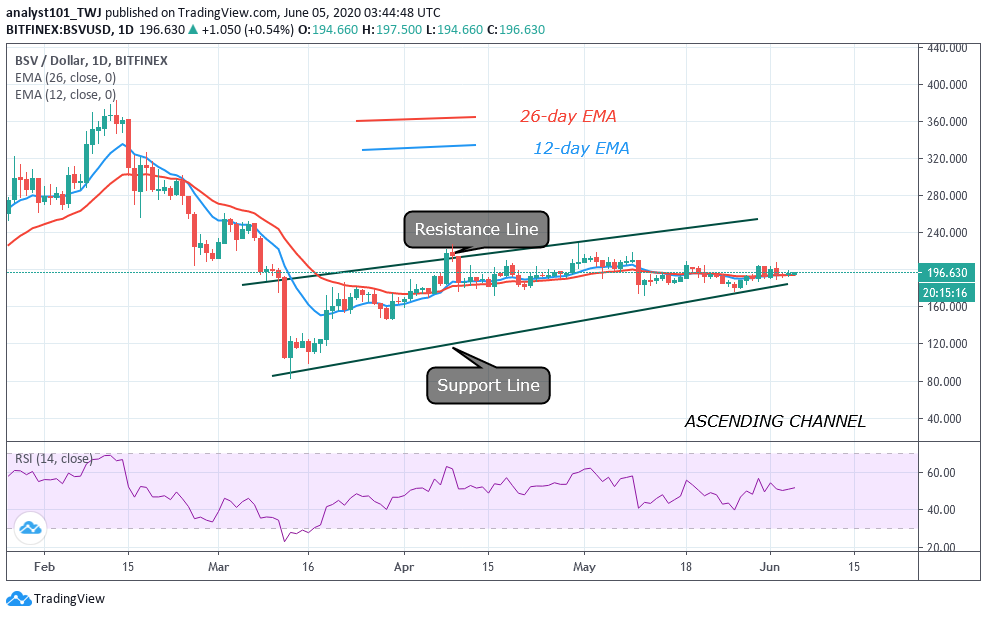 Buyers resisted the bearish impulse as they push the price to $220 high. The selling pressure was overwhelming as the coin sank to $180 low. An upward correction was made as price went up to $208 but the bears provided stiff opposition. BSV has fallen to $195 low at the time of writing. On the upside, if the bulls break the $210 resistance, a retest at the $220 overhead resistance is possible. BSV is at level 51 of the Relative Strength Index period 14. The market is in the uptrend zone and the coin is likely to rise.

Ethereum Classic is in a bull market as the price action formed a bearish double top in May. On May 2, ETC traded and reached a high of $7.61. The bulls could not continue with the upward move after making two attempts to break the resistance. 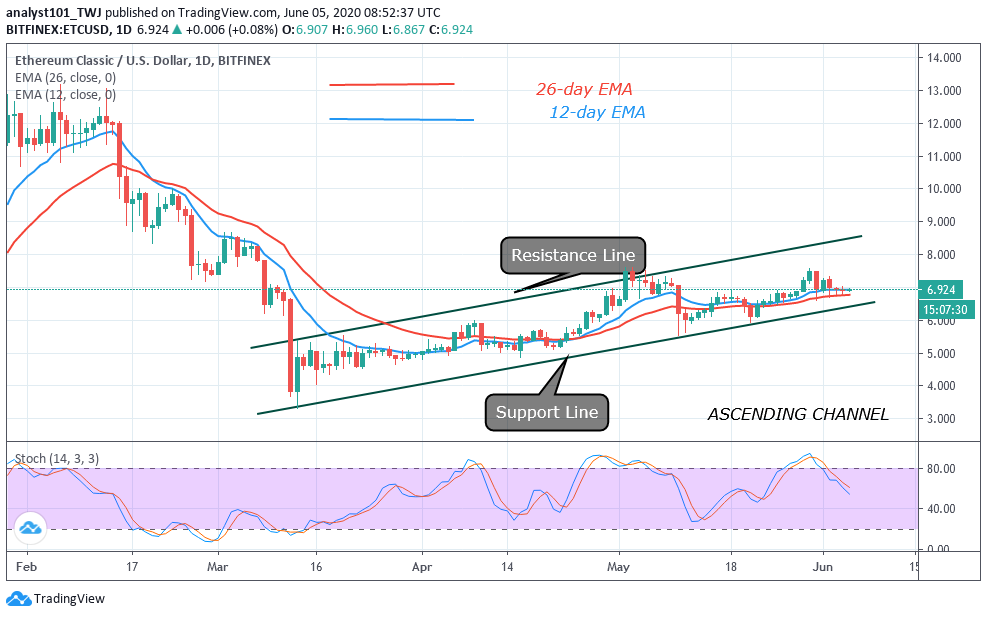 This resulted in a bearish action as the crypto plunged to $5.60 low. The downward corrections continued as the coin moved up to retest the $7.61 resistance on May 30. In the second uptrend, the bulls were resisted as ETC was making a downward move. ETC uptrend is possible if the bulls break this bearish double top pattern formation. Presently, the crypto is in a bearish momentum as it is below 50 % range of the daily stochastic. 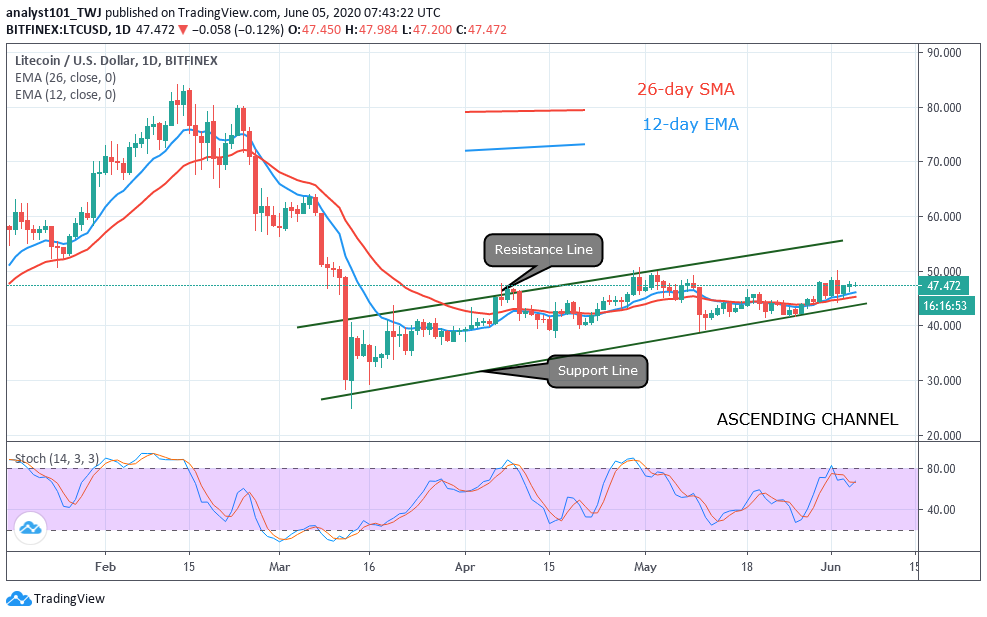 In April after it was overbought, LTC has been on a downward correction as the market dropped to $40 low. On May 26, the bulls commenced a fresh uptrend after the downward corrections. LTC has a strong bounce above $42 and this momentum extended to retest the $50 overhead resistance. After the retest, the market dropped again to $43 low to resume an upward move. Litecoin is trading above  $47 support. On the upside, a rebound above $47 will propel price to break the overhead resistance. The momentum will extend to $60 if the bulls are successful. Presently, the coin is in a bullish momentum as it above 60 % range of the daily stochastic. 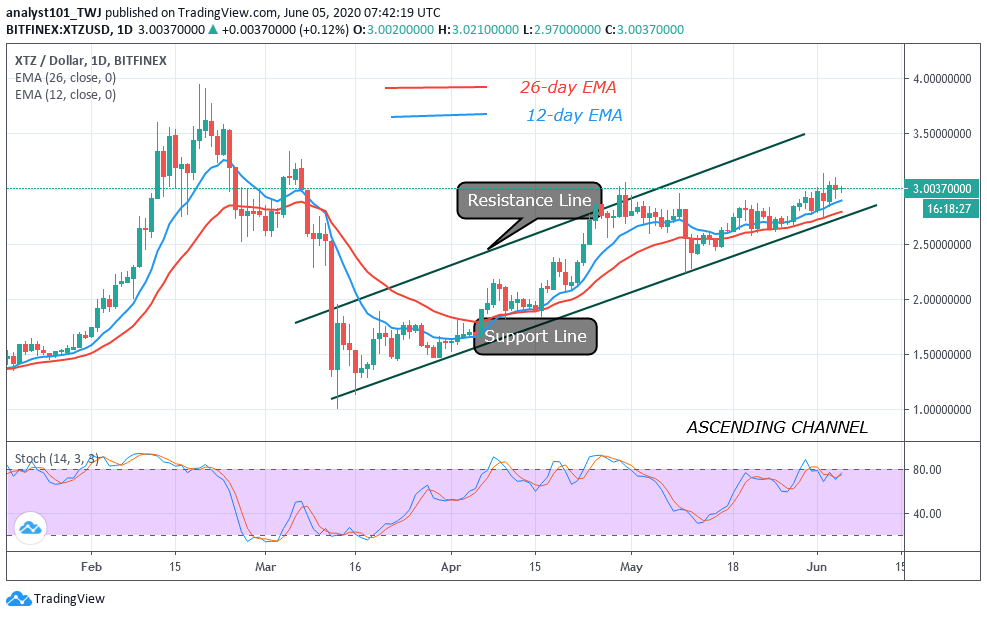 Tezos is in a bullish trend as price action formed a bearish double top. On June 1, XTZ rebounded above $2.80 as the momentum reached a high of $3.10. The inability of the bulls to push above recent high causes a bearish reaction. Tezos fell to $2.73 low and resumed a fresh uptrend. Incidentally, the current uptrend was also repelled at $3.10, thereby forming a bearish double top. Tezos is trading at $3 at the time of writing. The crypto is in a bearish momentum below 80% range of the daily stochastic.