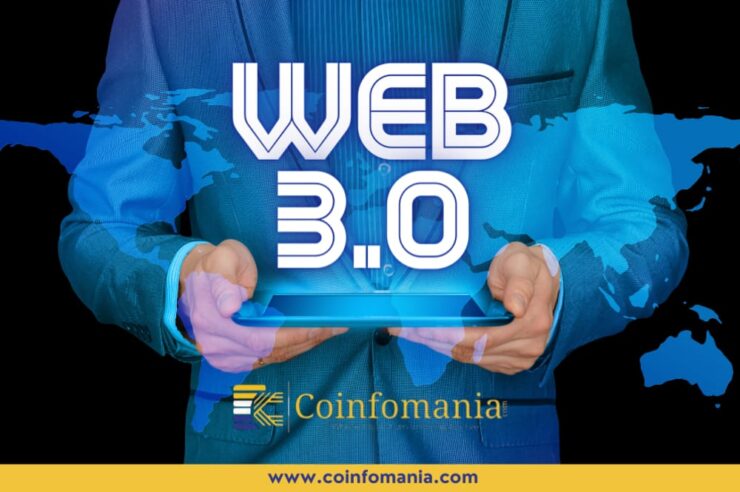 Web3 is a term that defines a new generation of the internet that integrates blockchain technology, artificial intelligence, as well as augmented and virtual reality (AR/VR) environments known as the Metaverse.

Public interest in Web 3.0 also known as “Web 3” and “Web3” is on the rise, especially among members of the crypto community. The last few weeks of 2021 saw cryptocurrency enthusiasts, large technology companies, and venture capital firms engage in a heated debate regarding the future of Web 3.0

This Web3 for dummies article explains the major things you need to know about the controversial Web 3.0. We cover the following Web3 topics:

Let’s begin with some background about Web3.

In 2006, Tim Berners-Lee, the inventor of the World Wide Web (WWW), spoke about Web3, calling it an autonomous, intelligent, and open internet. The phrase became popular when it appeared in a blog article written by New York Times journalist Jeffery Zeldman that same year.

It is worth noting however that this “autonomous, intelligent and open internet” was not always known as Web 3. Its original name was semantic web, a concept that has already been achieved with most of the internet now using semantic web integration.

It was not until 2014 that Ethereum’s co-founder Gavin Wood used the term Web 3.0 with reference to applications built on top of blockchain technology. Thar description has come to stay and is also now widely applied in connection to other new-age internet-based technologies.

Web 3.0 refers to the next generation of the internet that promotes decentralized protocols using blockchain, the record-keeping technology used in facilitating cryptocurrency transactions. It aims to directly address the issues of ownership and control of data, providing solutions to the major setbacks and shortcomings of the current internet era.

Let’s break things down a little.

At the moment, a very large percentage of the world’s population rely heavily on big technology companies as internet providers for internet-related services. These providers such as Google, Apple, Amazon and the rest of them dictate what services their users can use and act as intermediaries between their users and their users’ wants.

Web3 is, however, built on a decentralized network and therefore does not require permission. In other words, internet providers do not get to dictate who uses what services nor do they act as middlemen between users and their wants.

Instead, individuals are the ones that will provide services to each other, owning and controlling any aspect of the internet they use.

We can therefore simply define Web 3.0 as a potential new era of the internet that runs on blockchain to provide users with whatever internet services they want without any intrusion of privacy or measure of control from internet-service providers.

While Web3 isn’t fully developed, some of its initiatives are already gaining a lot of ground. One such is Decentralized Finance (DeFi).

This simply involves conducting transparent exchanges of financial products with the aid of blockchain, without assistance or authentication from third parties such as banks or the government. The DeFi industry is worth over $200 billion and could witness further growth as the demand for such products rise.

Other popular examples of Web3 solutions that already exist and function are in the form of  artificial-intelligence applications namely; Wolfram Alpha and Apple’s Siri.

Apple’s Siri, on the other hand, is a personal voice assistant that is included in most of Apple’s devices to automate tasks such as making calls and others and provide any information to its users.

This section considers the core components of Web3 technologies. 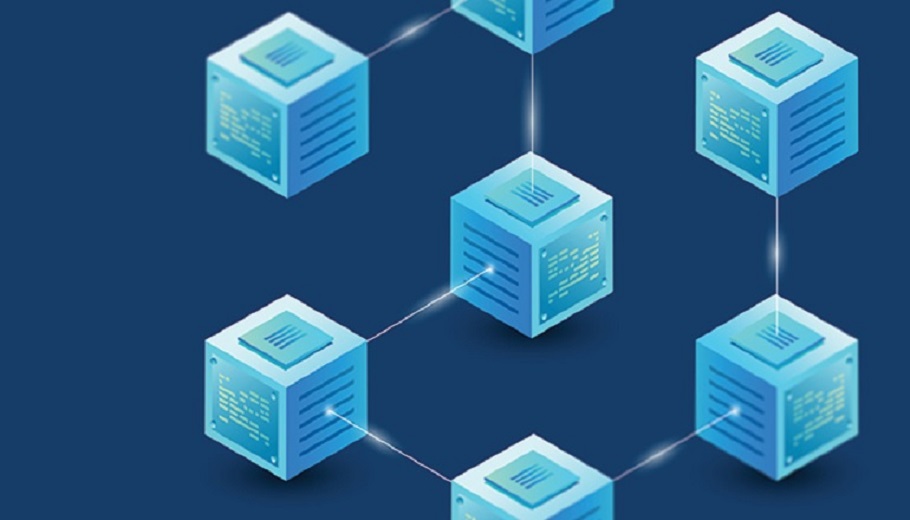 By building on a blockchain network, data is open, decentralized and can be distributed. As a result, users own their data and can trade them without losing ownership, risking privacy or relying on intermediaries. It also enables you to log in securely over the Internet without getting tracked by any entity.

Additionally, the incorporation of blockchain-based tokens and cryptocurrencies in Web3 are important aspects of the potential internet era.

For one thing, users have the opportunity to transparently monetize and contribute to online upgrades involving their favorite protocols and also earn rewards for their contribution to the platform’s growth.

Artificial intelligence has significantly advanced to the extent of making valuable predictions, and at times even taking life-saving actions. Although Web 2.0 has seen its own share of Artificial Intelligence, it is still primarily human-based as long as the big tech companies still control a massive percentage of the internet.

Corrupt behaviors such as biased product evaluations, rigged ratings of some internet services, and human errors are therefore still bound to occur.

For example, some internet review services allow their customers to leave feedback on any product or service. Unfortunately, a firm may pay a large group of people to write excellent evaluations for its products or services.

Reverse could also be the case if a large group of people are paid to poorly rate and write negative comments about an app or service.

The idea for Web 3.0 is to reduce the occurrence of such manipulative acts. This is because Artificial Intelligence being a core part of the internet will help in distinguishing between genuine and fraudulent actions, thereby delivering accurate data. 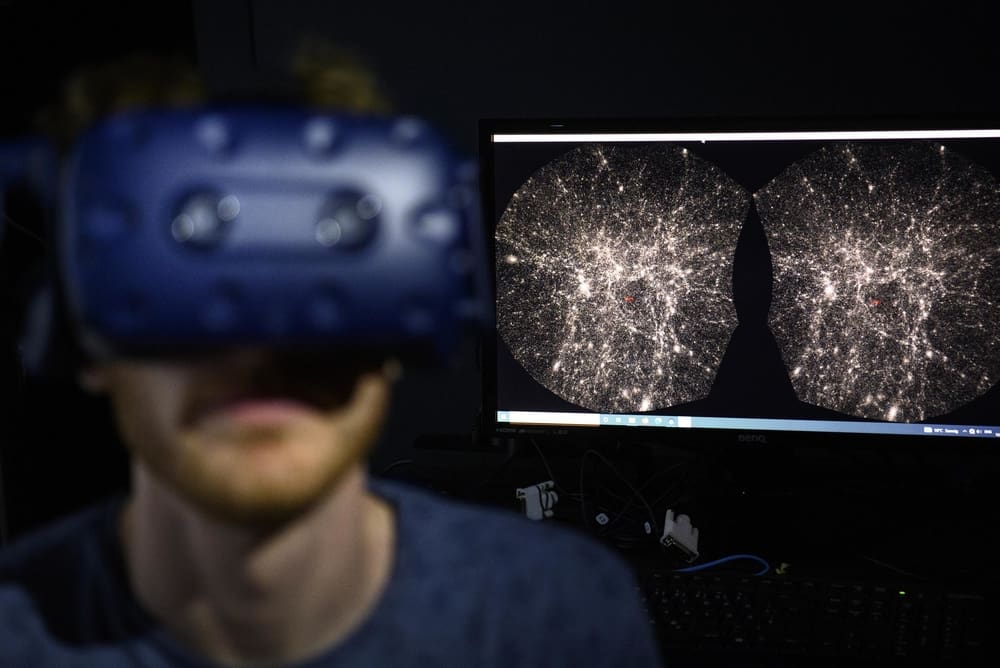 Metaverse is a digital or virtual world where users spend lots of time with each other by working, learning, playing, entertaining, gaming etc. It is built on different technologies but majorly on Virtual Reality (VR) and Augmented Reality (AR).

Its projects on blockchain networks are powered by fungible (divisible and mutually-exchangeable) tokens which will be used to purchase digital assets of the world such as virtual land or outfits for avatars.

Notably, metaverse is still in its infant stage and has not fully been built yet. Even at that, internet users and technologists can see great potential in the technology.

Written below are some future metaverse-related expectations many people have;

There is a significant difference between Web 2.0 and the potential Web 3.0. However, one would need a clear understanding of web 2.0 to better understand the major differences between this current era of the internet and Web 3.0.

Web 2.0 is the second generation of the internet that is generally said to have begun in 2004 and continues till the present day.

Web 2.0 also features online commenting as a medium for information flow between site users and site owners. It enables access to web content from televisions, mobile phones, and any other internet-connected devices.

No doubt, Web 2 has brought the world amazing free services. But cases showing that big tech giants intrude on the privacy of their users have and are still happening. They use the personal data of people to create tailored advertisements and marketing campaigns.

Facebook (now Meta) in particular has been called out several times for breaching data privacy laws. In 2019, the internet service provider was issued a $5 billion fine in 2019 by the Federal Trade Commission (FTC).

As a result, they have a large control and authority over what people see, post and generally do on the internet, choosing at times not to fulfill their request, even taking down content that has been posted on their platform.

A lot of people have grown tired of the “walls” that  these huge tech companies have created and want to have more control over their data and content. This is where Web 3 comes in, making it totally different from Web 2.0.

Rather than just using free tech platforms in exchange for data, as is happening now, users can choose to participate in the governance and operation of the protocols themselves. This means people can become participants and shareholders, not just customers or products.

In Web3, these shares are called tokens or cryptocurrencies, and they represent ownership of decentralized networks known as blockchains. Users who hold a certain amount of tokens can participate in governance and shape the future of the networks and protocols that they use.

As discussed above, the major difference between Web 2.0 and Web 3.0 is that Web 3.0 takes away the need for centralized intermediaries and gives internet users unlimited access and more control over their personal data and content, something that web 2 has failed to achieve.

A web3 wallet is a wallet in which you can securely store your digital assets and access web3 applications. They exist either as a browser extension, mobile app, or desktop app. Through your personal web3 wallet, you get access to decentralized finance (DeFi) applications, gaming platforms and NFTs.

Web3 wallets are non-custodial. They do not require you to complete any Know Your Customer (KYC) and/or Anti-Money Laundering (AML) processes to protect your privacy and anonymity. As the owner of the wallet, only you have the responsibility of keeping your private information safe.

So far, it is easy to assume thatWeb3 does have the potential to fill in the holes and provide solutions to the setbacks that Web 2.0 has created. Worth noting, however, is that just like the future of cryptocurrency, most of the features of Web 3.0 are an ideal vision that has not yet taken place. With this in mind, one cannot expect things to turn out perfectly as planned.

Moreover, a number of large companies and venture capital firms are already investing huge sums to build Web3 which makes it hard to imagine that their involvement would not amount to some kind of centralized power, which would make Web 3.0 no different from Web 2.0.

Whatever the case, time will surely tell.

In either case, your major takeaway from this Web3 for dummies article is that it took the world over ten years to fully transition from web 1.0 to web 2.0. It is therefore expected to take just as long, if not more, for Web 3.0 to also be fully implemented. So, whether or not Web3 is the ideal future of the internet cannot yet be determined. Many people, particularly those in the crypto sector, however, hope it will be. 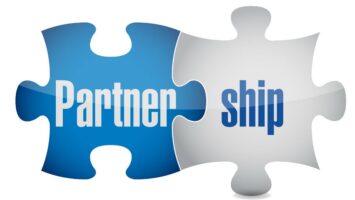 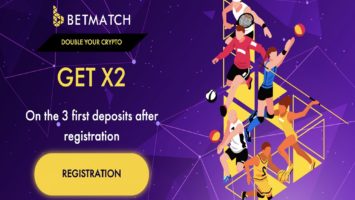 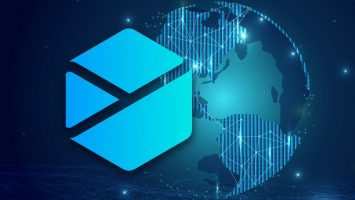 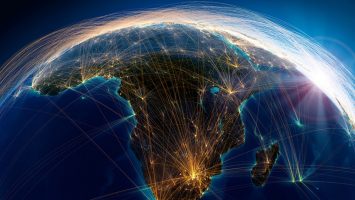