As the markets tanked at the beginning of 2018, Verge (XVG) was one of the few cryptocurrencies that kept climbing. In fact, there were only two coins that showed positive performance during 2018, and Verge was one of them. With a variety of uses for blockchain and coins, there is a good chance that Verge will become one of the long-term projects that remain relevant in the future.

The expansive global developer pool and active user community are both reasons for the increasing XVG coin price. Additionally, Verge managed to recover from 51% of cyber attacks, which verifies that it is a secure network for investing.

In this guide, we’ll share everything you need to know about Verge and its coin. 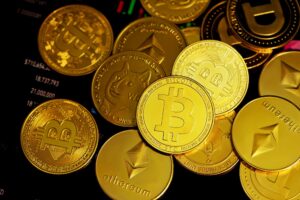 Verge has been around since 2014, which is considerably longer than many other cryptocurrencies. Its original name was DogeCoinDark, and it’s important to note that the blockchain wasn’t created by copying code from another cryptocurrency like most forks are. It utilized its own code to stand out among the rest. However, due to the famous meme coin—Dogecoin, they decided to use its name early on to help attract investors. The currency was eventually rebranded as Verge in 2016, and we’ve seen an increase in adoption and usage since then.

Verge employs the same mining concept as Bitcoin but also allows for more freedom by permitting miners to use several different algorithms. Also, Verge gives users more privacy than Bitcoin and it anonymizes transactions as well. By utilizing both TOR and i2P, Verge assures its users will go completely incognito.

Verge developers recognized the potential for smart contracts early on. In June 2018, they partnered with Rootstock (RSK) to integrate RSK Smart Contracts. This expanded the use cases and capabilities of both Rootstock and Verge.

The Verge community is rapidly growing as more vendors elect to accept it. This growth will accelerate as users realize that the secure, fast, and private transactions provided by Verge are what the world needs from a cryptocurrency made for payments.

How Did Verge Rise as a Cryptocurrency?

Bitcoin was the very first cryptocurrency, and every other early cryptocurrency besides it was minable too. Users could simply let their computers work on solving complex cryptographic problems to be rewarded with coins they favored. This process gradually introduced new coins over time.

The rise of the Initial Coin Offering model allowed many projects to sell all their coins at one time, making huge profits right away. This quick influx of cash let some excellent projects gain significant ground much more quickly. However, the aspect of providing immediate gratification also led to the rise of many illegitimate projects, which is likely why we see so many faulty coins in the market today.

Similar to other more established coins, Verge is obtained through mining. In fact, even the developers have to acquire their currency by either mining it themselves or purchasing it on the marketplace. However, Verge still proves profitable as it can be mined using any of its five unique algorithms; several being ASIC-resistant. Therefore, miners are able to support the network without inadvertently funding ASIC mining rig companies and cartels. 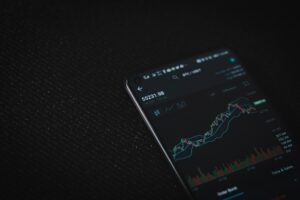 Verge has a maximum supply of 16.5 billion XVG, which will be reached through mining over the course of 8 years. Note that other transactional cryptocurrencies like Bitcoin have kept their total number of coins low to encourage higher prices.

What makes Verge unique is the large supply. The total number of coins in circulation helps Verge keep a lower price per coin, so investors can buy the whole coin, not just a fraction. They can also make everyday payments more practical, as users can make payments in amounts such as 1.000 XVG.

Although it started small, Verge has grown exponentially over a three-year period and is now one of the top 40 cryptocurrencies by market capitalization. Only time will tell if Verge has what it takes to be the leading payment cryptocurrency, but it definitely has potential. It has been around for several years and is still relatively new in the grand scheme of things. That said, Verge has experienced success in the past and could very well see its luck change again soon.