The company helps to build trust in blockchains between people, businesses, and governments although its main purpose seems more to prevent, detect, and investigate cryptocurrency money laundering, fraud, and compliance violations.

From thorough transaction research within the crypto space, Chainanalysis was able in the past to provide crucial data to the IRS for example by visualizing, tracking, and analyzing transactions on the blockchain.

The recent report highlights that Crypto crime increased in 2018, but it made up a smaller slice of a much larger market. Indeed, according to the report, illicit transactions comprised less than 1% of all economic bitcoin activity in 2018, down from 7% in 2012.

Yet, crime remains a significant problem in the cryptocurrency space.

Exchange hacks have generated billions of dollars in criminal proceeds, representing by far the most costly type of crypto crime, generating around $1 billion in revenues in 2018 alone. The report finds that hackers move fast, cashing out the majority of funds within three months of an attack, and create complex patterns of transactions to hide their activity.

Criminal organizations value the secrecy and convenience of darknet markets; they are not driven by price speculation. Sellers and buyers are developing new techniques to communicate, taking advantage of distributed technologies and encrypted messaging apps, such as Telegram and WhatsApp. 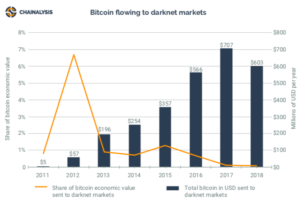 Moreover, criminal use of cryptocurrencies has become far more sophisticated. Ethereum scams are small in scale but bigger in revenue. In 2018, only 0.01% of ether was stolen in scams, worth $36 million, double the $17 million take for 2017. Furthermore, the number of scams declined through 2018, although those that remained were bigger, more sophisticated, and vastly more lucrative.

In view of Chainanalysis recommendations, the Financial Action Task Force (FATF), a multi-government body that sets global standards relating to anti-money laundering and tackles the financing of terrorism (AML/CFT), agreed to implement directions that would force governments to tighten oversight of the crypto business.

Looking ahead to 2019, the report suggests that illicit activity will shift away from hype-driven investment fraud and towards emerging trends like the increasing usage of encrypted apps including Telegram, Signal, and WhatsApp. Some of these distributed apps already have channels for drug traffickers and child pornographers.

Also, cartels and other criminal groups are taking over exchanges and bitcoin miners as a source for clean money presenting a growing challenge for law enforcement. 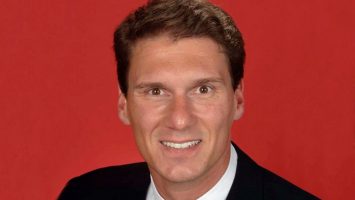