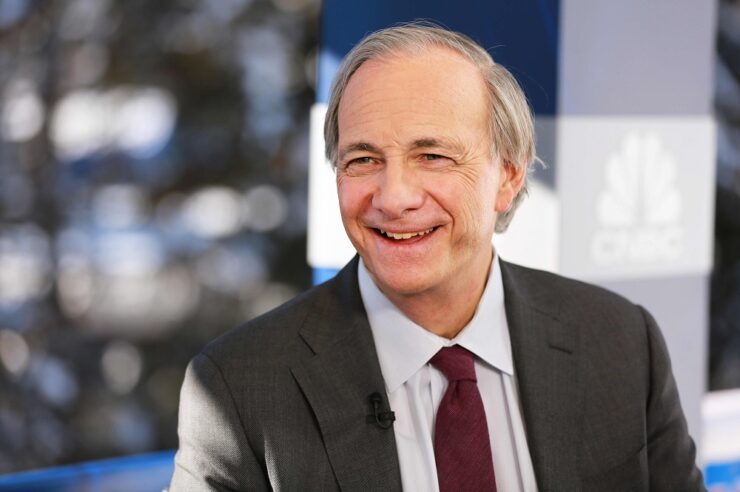 Speaking in a CNBC Squawk Box interview today, Dalio believed that if regulators fail to take control of Bitcoin when it eventually gains mainstream success, they may choose to “kill” the cryptocurrency from existing because “because they have ways of killing it.”

Bitcoin has been on the lips of almost every financial investor lately. This is due to its outstanding performance on a year-to-date (YTD) basis.

While other traditional financial instruments have recorded significant losses, Bitcoin is up over 100% since the beginning of the year despite experiencing one of the biggest dips in May.

Recall that Bitcoin had rallied above $64,000 in April, the cryptocurrency dipped below $30,000 in May due to comments from Elon Musk and China’s crackdown on crypto-related activities.

Bitcoin has since recovered from China’s crackdown as the cryptocurrency is currently exchanging hands around $47,000.

Bitcoin’s growth this year has not only made investors indicate more interest in the cryptocurrency, it has also brought the attention of global financial regulators to the coin.

“You have El Salvador taking on it and you have India and China getting rid of it. And you have the United States talking about how to regulate it and it could still be controlled,” Dalio stated.

Dalio: BTC is a Good Alternative to Cash

Dalio, who has been a long-term critic of Bitcoin and other cryptocurrencies, reiterated that BTC has no intrinsic value.

However, Bitcoin could have perceived value, which could see the fuss around the cryptocurrency fluctuate drastically, Dalio noted.

The founder of Bridgewater disclosed that even though it is difficult to predict the movement of Bitcoin price, it is advisable for people to understand how the financial instrument works.

Dalio, who has always predicted that Bitcoin would be banned when its mainstream adoption becomes successful, disclosed that he holds a smaller percentage of the cryptocurrency, as he considers Bitcoin as a “good alternative to cash.”

His comments about Bitcoin being a good alternative to cash come less than a year after the co-chairman of BridgeWater Associates posted on Twitter that Bitcoin is not an effective currency because it is not globally accepted as a payment method.