Nejc Kodrič, the CEO of European crypto exchange Bitstamp, reveals in a Tweet, the launch of the exchange’s own Lightning Network (LN) node. The adoption of the LN node aims to boost and “unlock a whole new level of utility for Bitcoin.”

Nejc’s Tweets, which was posted on June 8, unveiled the LN Node, “02a[email protected]3.122.40.122:9735.” According to Bitstamp, the purpose of setting up the LN node is to “help grow the network and encourage other companies to get on board.”

Bitstamp happens to be one of the oldest crypto exchanges in the world since 2011, and they appear to be a staunch supporter of the LN. The exchange is taking a step towards adopting the LN because it believes that it “may be the next big step for Bitcoin.” Bitstamp lists the benefits of the LN which include, scalability, instant payments, low and minimum fee.

According to Bitstamp, its reason for adopting the LN node is because, “the more nodes there are, the stronger the network is.” So, to ensure that its system is topnotch, Bitstamp is implementing the LN node. Nodes are the basic building blocks for the Bitcoin blockchain, and as long as they are online, the network is alive.

Other projects are beginning to adopt the Lightning Network. A good example is the popular Electrum Bitcoin Wallet who announced an upgrade to provide support for Lightning Network this month. However, a date for the release is yet to be announced. 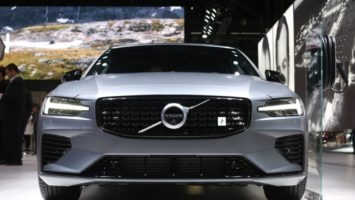