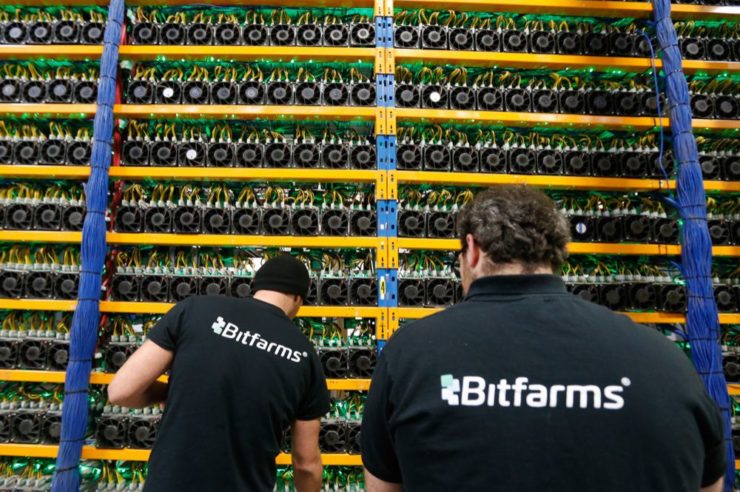 Nasdaq-listed Bitcoin mining company Bitfarms has confirmed the sale of approximately 3,000 BTC (appr. $62 million), making it the latest mining firm to announce the sale of mined bitcoins in the wake of bearish market conditions.

Before now, Bitfarms had maintained a strict holding strategy, keeping all bitcoins produced from its mining operations. However, the recent market downtrend has forced the company to review its strategy.

Proceeds from the sale of BTC were notably used to pay off a $37 million debt that the company had opened with Bitcoin lending firm, NYDIG, to acquire more mining equipment. Bitfarms also paid down a $66 million loan from lending firm Genesis Digital, lowering the debt to $38 million.

These measures as per Bitfarms increased its corporate liquidity to $100 million and provided a greater buffer against bearish market conditions. In addition to the recently announced sale, Bitfarms CFO Jeff Lucas revealed that the company will now market sell portions of BTC accumulated from mining operations.

He noted that the company has explored various financing measures since last year, but has determined that selling BTC at this point provides the best source of liquidity. Lucas said in today’s announcement,

“We believe that selling a portion of our BTC holdings and daily production as a source of liquidity is the best and least expensive method in the current market environment.”

Although BTC has managed to recover above the psychological $20k mark at the time of writing, it remains more than 60% below its all-time high. Price-induced miner selling, also known as miner capitulation, will likely need to subside over the coming weeks for BTC to mount a stronger recovery.