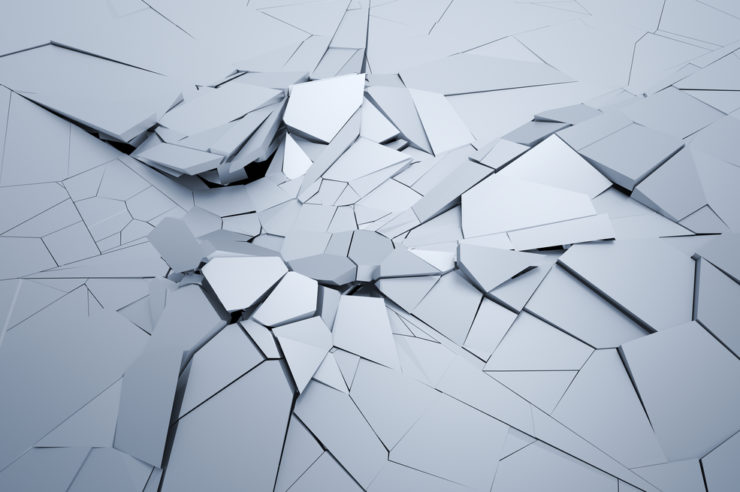 A quick rally in any market, like the one we just experienced in crypto in the last week, is likely to be followed by a fast drop too.

Everyone was equally shocked at the drop that followed straight after, although analysts would have warned that the rally was not sustainable and that the most experienced traders would have surely taken profits at all time high value.

It’s happening again, last night the predicted drop happened and Bitcoin lost 20% in some exchanges in only a few hours. That was a $2000 drop on the recent high of $8200 to the $6150 hit on Bitstamp. 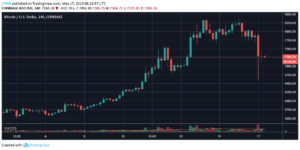 Coinbase price dropped to $6600 as seen in the chart above

Massive market sell and stop-loss orders seem to be behind the sudden drop with a follow up by panic selling. A sell-order on Bitstamp of 3645 BTC (currently equivalent to nearly $27m) was executed at around 02:00 UTC of today and might well be the first order that created the panic selling.

At the time of writing the price has recovered to the $7300 range as traders take advantage of the situation and buy the dip, but how long will it sustain that level?

Next crucial support levels are $6400 and $5200, which according to many, will be the last chance ever to buy Bitcoin at a discount.

Altcoins followed the trend, and some saw massive downturns over the 15% range, like Ripple (XRP), Stellar (XLM), Cardano (ADA) and Tron (TRX). Ether (ETH), Bitcoin Cash (BCH) and Litecoin (LTC) all lost 12% during the drop but slightly recovered to their latest support levels.