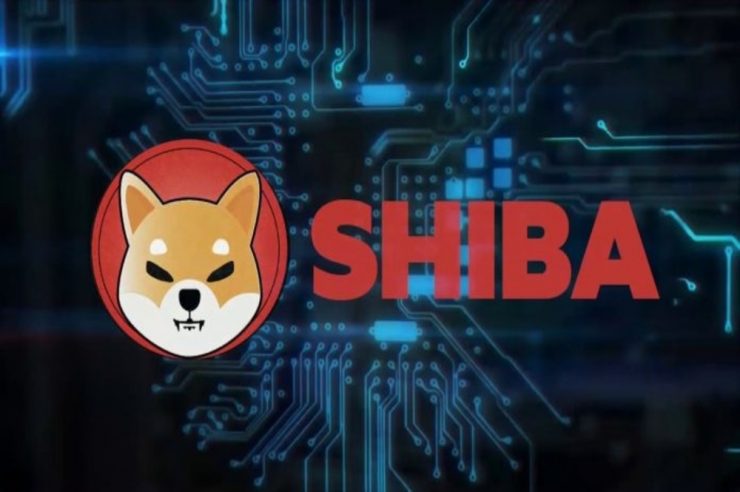 As Dogecoin’s rival Shiba Inu (SHIB) continues to gain traction and soar to new highs, AMC Entertainment Holdings, Inc., the largest movie theater chain in the world, is considering adding the memecoin to its list of cryptocurrencies accepted for payments.

The move comes as SHIB, a memecoin created to rival Dogecoin (DOGE), reached a new all time high of $0.000088 on Thursday, ranking in the top 10 largest cryptocurrencies by market cap. Shiba Inu is now more valuable than DOGE, USD Coin, and Terra LUNA as it holds a market cap of $41.5b.

AMC’s CEO, Adam Aron, shared the company’s intention on Twitter via a poll, asking his followers to vote on the matter.

“TWITTER POLL #2: As you know, you can now purchase AMC gift cards using cryptocurrency, and our IT group is writing code so that soon we can accept online payments in Bitcoin, Ethereum, Litecoin and Dogecoin among others. Should we strive to take Shiba Inu too?”

Although the poll will run for four days, more than 100,000 people have voted with the majority voting in favor of SHIB. 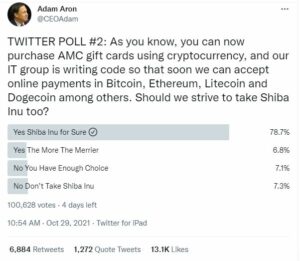 If Aron follows the results of the poll, then Shiba Inu would join the list of cryptocurrency payment options for the world’s largest movie theater chain.

Meanwhile, two months ago, AMC announced that it would accept Bitcoin as payment for movie tickets and concessions purchased online at all of its U.S. theaters.

The CEO noted at the time that the company will have all the necessary technology and technical teams in place by the end of the year to enable it to accept BTC for online payments.

Today’s announcement by Aron revealed the company’s intention to add several other cryptocurrecies including Ethereum, Litecoin and Dogecoin to its list of payment options. 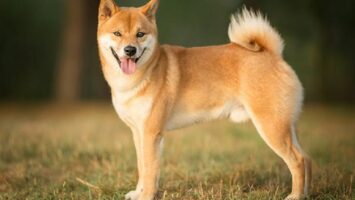 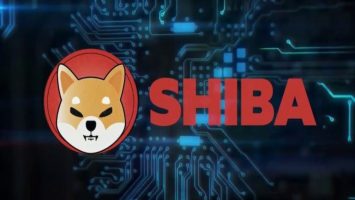