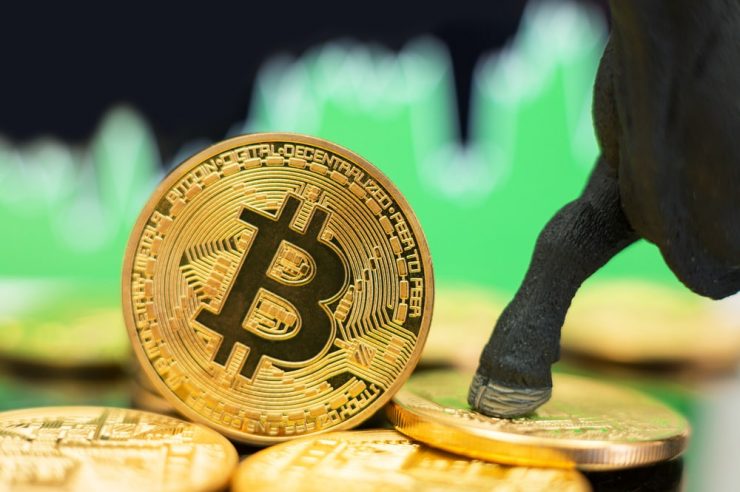 New research claims that the price of Bitcoin could eventually reach $140,000 within the next five years despite currently sitting above $10,000 with a base market cap of $200 billion.

The 2-part “Bitcoin as an Investment” whitepaper published this week by Investment advisor, Ark Investment, considered how Bitcoin could be the “most compelling monetary asset since gold,” arguing that the leading cryptocurrency is early on its path to monetization.

The investment thesis that Bitcoin’s market cap could potentially reach $3 trillion with the next five years not only reviewed the market opportunities that abound for Bitcoin. It also pointed out the few risks faced by individuals and institutions investing heavily in bitcoin. 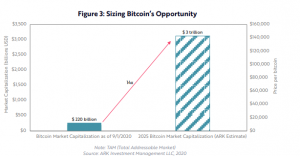 The paper highlighted feasible market opportunities that inevitably will boost the price of Bitcoin in the coming years. These opportunities include acting as a global settlement network, a protection against the seizure of assets, a digital version of gold, and a hedge against fiat currency inflation.

Regarding the ability of Bitcoin to serve as a global payment network, the paper cited references from the Economics of Bitcoin as a Settlement Network, showing that the Bitcoin network could “settle one transaction daily with every other bank in a global network of 850 banks.”

With United States banks alone settling $1.3 quadrillion in volumes annually, Bitcoin would only need 10% of the market share to scale to a $1.5 trillion market cap or $75,000 per BTC.

Bitcoin’s uniqueness as a self-sovereign asset is another unique value proposition that means it could drastically reduce the probability of individuals losing their wealth either to an authoritative regime or via inflation during their lifetime.

The other argument about Bitcoin’s potential to increase in value over time is its monetary properties that means it provides an alternative to individuals looking to hedge against the problems plaguing fiat currencies globally.

If Bitcoin were to capture just 5% of the global monetary base outside of the four largest fiat currencies – the US
dollar, yen, yuan, euro – the cryptocurrency’s market cap would rise by $1 trillion or ($115,000 per BTC).

A more commonly advertised bitcoin feature is its superiority over gold by improving on core attributes such as transportability, and verifiable scarcity. If Bitcoin were to take a 10% share of the physical gold market, its network value could increase by nearly $1 trillion ($42,500 per BTC), a five times increase from its $200 billion value today.