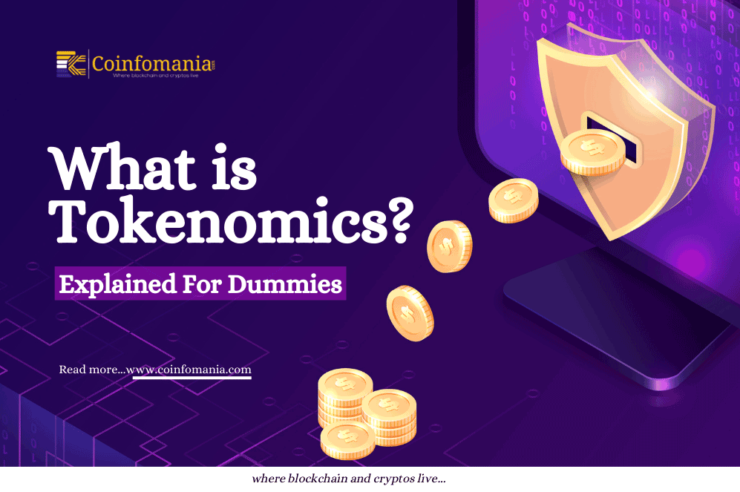 This article will help broaden your knowledge of tokenomics by discussing the following questions:

Bitcoin’s tokenomics provides a perfect example of how the mechanism works. The major use case of Bitcoin is to serve as a global digital payment system underpinned by blockchain technology. The total supply of bitcoin is 21 million, which comes into circulation through block rewards paid to miners.

It is noteworthy that Bitcoin’s growth over the past 13 years is heavily connected to its established tokenomics. Its success makes it a close model for crypto projects.

Why Is Tokenomics Important?

Tokenomics is a crucial part of any cryptocurrency project and one of the key factors investors evaluate when choosing what cryptocurrencies to buy. The reason is not far-fetched. A cryptocurrency with poor tokenomics will struggle to gain market share in a highly competitive crypto market.

The most successful cryptocurrency projects spend quality time researching and executing their tokenomics model. The objective is to bring immense value to all stakeholders, and minimize the chances of a rapid price decline, even in times of high market instability.

How Does Tokenomics Work?

There is no one-size-fits-all approach to tokenomics. Yet, most cryptocurrency projects include the following features, which make up how tokenomics works.

Other cryptocurrencies, like stablecoins, have a variable supply that largely depends on the value of fiat held in reserves. Stablecoin issuers must ensure that the total token supply is below or equal to the value of their fiat reserves.

Since most cryptocurrencies serve as a way for the project to raise funding, the tokenomics model ensures that the raise does not create substantial downward pressure on the asset’s value.

One way to achieve the desired result is to carefully map out the amount allocated to early-stage investors and create a vesting schedule to control how they exit their position. Through vesting, tokens get locked in overtime to mitigate the risk of pump-and-dumps.

It is also normal for cryptocurrency projects to allocate a portion of tokens to their core team and a significantly higher portion for ecosystem incentives. The token allocation process ensures a favorable outcome for all stakeholders.

Meanwhile, the process is relatively straightforward for projects that do not conduct an early-stage sale to a specific group of investors. In the event of a fair launch, most of the token supply is dedicated to the project’s community, with an allocation to the team.

Following Bitcoin’s example, many cryptocurrency projects follow a token distribution schedule. Thus, not all of the token’s supply goes into circulation upon launch. As previously noted, token distribution to early-stage investors and team members may follow a vesting schedule.

Tokens allocated to community incentives may be distributed through airdrops, liquidity mining, or bounty programs. A carefully planned token distribution aims to ensure controlled inflation of the token’s circulating supply.

Token burn permanently removes a portion of an existing cryptocurrency from the circulating supply. This reduction in the token supply makes the asset deflationary and scarcer. This scarcity could potentially increase the asset’s value, especially if demand increases or remains constant.

Examples of cryptocurrencies that utilize burning mechanisms are Binance, Ethereum, Shiba Inu, etc. In the case of Binance, the platform spends a portion of its business profits on buying back and burning BNB tokens.

Under the proof-of-work consensus mechanism, miners verify new blocks and add them to the blockchain. As an incentive to these miners, they are rewarded with a portion of the underlying network token. Bitcoin uses this mechanism, and so miners are awarded BTCs.

Under the proof-of-stake consensus mechanism, the staking model comes into play. Here, validators get rewarded with the underlying network’s token based on the token amount they staked. As this mechanism bolsters faster transactions, it has garnered the interest of many networks such as Solana, Cardano, and Polygon. The Ethereum network recently joined the bandwagon after switching from the energy-consuming PoW consensus algorithm.

How to Build Tokenomics

After addressing the question: “What is tokenomics?” it is time to discuss how to build the tokenomics of a cryptocurrency. Here is the step-by-step procedure:

Step 1: Define the Token’s Use Case

Before embarking on creating or designing a new cryptocurrency, you must have a satisfying answer to the question: “What am I creating this token for?”

The token must have a clearly defined utility. Failure to successfully scale through this step can ultimately invalidate the rest of the token creation process.

Bitcoin, for example, has a defined utility, which is to serve as a peer-to-peer electronic payment system. With a clearly stated use case(s), chances become higher that the token will garner investor interest over the long term.

It is also important to consider potential users. The audience for a token is dependent on the purpose the token serves. For example, a governance token is held by any user who wishes to hold voting rights in a project. An example of such a token is ApeCoin. For a play-to-earn game like Axie Infinity, gamers will make up a majority of the users of its native token, AXS.

Getting a team is another important aspect when building tokenomics for a cryptocurrency. The cryptocurrency’s strength often depends on the efforts put forth by its core team. This makes it vital for a team to consist of individuals with essential skills such as blockchain development, analytic engineering, writing, digital marketing, etc.

All team members will collectively work to create the token, give it some use cases, prepare its documentation, and aid the token’s marketing to the general public.

The Tokenomics model involves its creation and distribution as outlined in the section on how tokenomics works. As a creator, you must define the intended model to be implemented by determining if the cryptocurrency will have a fixed or infinite supply.

The model will also determine if the token will undergo periodic burns. Cryptocurrency burning is when a quantity of crypto gets sent to a “burn” wallet, thereby removing it from circulation and the total supply. Cryptocurrencies implementing this feature seek to curtail inflation and increase demand.

The tokenomics model also defines how the token achieves consensus. Proof-of-Work (PoW) and Proof-of-Stake (PoS) consensus mechanisms are prominent among these consensus models. Most token creators opt for the PoS model because of its energy-efficient nature and speed.

How to Calculate Tokenomics

Once you have the tokenomics information, the next thing to consider as an investor is the asset’s imminent supply and demand metrics.

One of the essential supply statistics you may want to investigate is the token unlock schedule for early investors. If an unlock is imminent, the token’s circulating supply faces inflationary pressure that could lead to a price decline.

When studying the supply of a token, you must also consider the supply change over time. This entails noting the total circulating supply vs. the uncirculating supply. For example, as revealed in the preceding sub-headings, Bitcoin has a total supply of 21 million, with over 19 million BTC circulating at the time of writing. However, it is not until around the next 120 years that the remaining two million bitcoins will be minted.

Tokens with a large, uncirculating supply will likely suffer a price decline over time. The release of previously locked tokens dilutes existing holders and creates less demand for the asset.

The supply of a cryptocurrency is not enough to drive its value. The demand for the token also plays a vital role in bolstering its value.

The demand for an asset often comes from incentives created by the token’s creators to drive usage. For instance, some coins like ETH, SOL, and MATIC serve as a means for users to pay network fees on their respective networks.

Other tokens give holders access to vote on protocol changes, access to gaming environments, or earn protocol revenue. The more compelling and relevant a token’s use case, the more likely it will enjoy sustained demand.

How to Choose Tokenomics

You can choose tokenomics by defining the token’s use case and intended users to achieve this. You also need to determine the tokenomics model that is fitting for users. While doing all this, ensure you have a supportive and creative team of developers.

As an investor, it is also important you put the tokenomics of a cryptocurrency in mind when making a choice. It is true that cryptocurrencies are risky assets and are subject to volatility. Still, it is possible to carefully choose a cryptocurrency that can bring high returns. One of the things to do is to study its tokenomics.

This article answered the question: “What is tokenomics?” It highlighted the features to look out for when designing or researching tokenomics for a crypto project. Investors that evaluate the tokenomics of a project are more likely to make substantial profits. 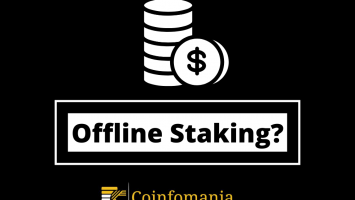 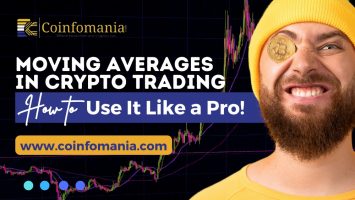 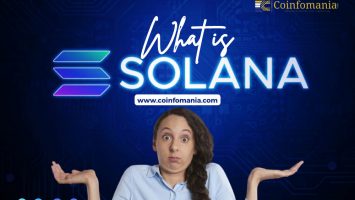 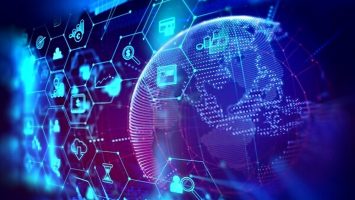