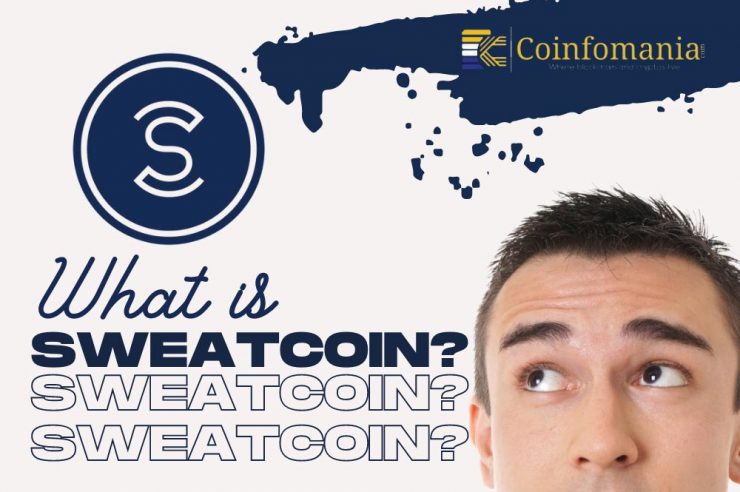 There are many cryptocurrency projects out there, but not many are focused on helping people get fit. Most of these coins focus on making transactions faster or cheaper than traditional currencies. But none of them really help you stay healthy.

Sweatcoin claims to be unique because it has an incentive program built directly into a blockchain. This means that every time someone participates in a workout or simply moves around, they receive sweatcoins.

The Sweatcoin app is currently available for Android and iOS devices. In addition, the team is planning to release the $SWEAT cryptocurrency to facilitate easier conversion of sweatcoins.

In this article, you’re going to learn everything you need to know about Sweatcoin including how it works, whether sweatcoin is legit, where to spend it, and how to earn even more! Here’s an article overview to make your navigation easier.

Sweatcoin is a free mobile app that allows users to track their daily activity. Users can also set goals for themselves, such as how many calories they want to burn per week. The app syncs with popular fitness apps, including Google Fit, Apple Health, and others.

Sweatcoin claims to have over 64 million users, with over 20 trillion steps calculated by the app. At the same time, the project has over 400 partners where users can spend accumulated sweatcoins. The app is currently available in several countries including the United States, the United Kingdom, and Canada.

Launched in 2016, Sweatcoin contains an inbuilt step sensor that works hand-in-hand with a user’s device to track the speed, consistency and location of movements that take place outdoors. Sometimes, though, it mistakes indoor steps for outdoor steps. The founders of the app, however, are looking into developing an algorithm that provides a solution to this.

How Does Sweatcoin Work?

The Sweatcoin app uses the phone’s built-in accelerometer to measure the number of steps taken each day.  With every step you take, a small amount of sweatcoins is created. You can then use these coins to purchase items from the marketplace. The marketplace lists products and items from popular brands, often allowing you to purchase them at a discount. For instance, the app currently lists products from brands such as Audible, Tidal, YogaClub, and Headspace.

If you don’t want to spend any money, you can choose to donate your coins instead. The app supports donations to several humanitarian and environmental causes. Listed firms include Save the Children International, Cancer Research UK, and the African Wildlife Foundation.

Lastly, you can also choose to convert your sweatcoins to cryptocurrencies, and then to physical cash using a cryptocurrency exchange. This feature is currently being developed to offer easier Sweatcoin cashout to users.

Sweatcoin is a legitimate company based in London, United Kingdom. The company has raised seed funding in the past, including a $5.3 million raise in 2018. Sweatcoins are spendable digital currencies and do not require any initial investments to get started. Hence, users do not have to make any upfront investments that might make them wonder whether sweatcoin is legit.

Is Sweatcoin a real cryptocurrency?

No. At least not yet. Sweatcoins are simply digital currencies offered within the application. Hence, it is not currently listed on any cryptocurrency exchange or trading platform. However, Sweatcoin (the company) has plans to convert sweatcoins into real cryptocurrency that users can trade freely outside the platform.

According to the project, the token generation event will see the company convert all existing coins into $SWEAT. This means that users who already hold sweatcoins will need to claim $SWEAT tokens equivalent to the amount they already hold.

The move from to a real cryptocurrency is expected to usher in the Sweat Economy. The project has received backing from reputable crypto venture capital firms such as Jump, OKEx Blockdream Ventures and the Near Foundation. Other named investors include Sandeep Naiwail (Polygon) and Do Kwon (Terra).

Sweatcoin is very easy to use. All you need to do is first, download the app from Google Play Store or from any other source that supports app download. Then, open the app and create an account using any existing Google account of your choice after which you will be presented with some procedures to follow. Successfully complete those steps and you’ll be a full community.

When you open the app, you’ll see four icons on the downside of your screen. The first icon takes you to the homepage which shows you how many steps (that is walking steps) you’ve taken so far, the amount of sweatcoins you have and a few other things.

The second icon is the major key to utilizing the app. When you click on it, you’ll be presented with four sections namely: Shop, Donate, Bid, and Crypto.

The shop section is the app’s marketplace where users get to purchase specified items such as vouchers and others using sufficient amounts of sweatcoins.

With the Donate section, you can contribute your coins to different nature and environment-focused campaigns and charity incentives.

The Bid section is an auction option where you get to bid on items like gift cards worth hundreds of dollars, smartwatches, headphones and hair dryers amongst others. The highest bidder gets the item.

You can also use the app to connect with friends, follow users, and gain your own followers.

For now, Sweatcoin does not offer a cash-out option for its users. Therefore, the coins you earn cannot be converted to physical cash that will be withdrawn or added to the funds in your bank account.

To get the real value of your sweatcoins though, you can choose to use them to purchase items that you would on a normal day use fiat to buy. For example, you can sell a sufficient amount of your sweatcoins in exchange for Amazon and PayPal vouchers which allows you to buy some products you like at a discounted price.

Meanwhile, you can still cash out sweatcoins using an indirect method. As mentioned earlier, this involves converting your sweatcoins to supported cryptocurrencies and then to physical cash using a cryptocurrency exchange.

How does Sweatcoin Make Money

Sweatcoin generates money majorly from their partners such as brands, insurance companies and local governments. Many brands have partnered with the company and paid to have their products featured in the app’s marketplace.

The company has also organized funding rounds that have seen participation from several investors, resulting in the raise of a significant amount of capital.

There are several other apps that reward users for engaging in fitness activities like walking. Some of these apps include: Winwalk, Cashwalk, Achievement, Stepbet, Lifewalk, Gigwalk, Millionsteps, and Lucky step amongst others.

Also Read: What is Apecoin?

What is the difference between sweatcoin and sweatcoins?

Sweatcoin is a fitness app itself, while sweatcoins are digital currencies generated by user activity in the app.

Where Can I Spend My Sweatcoin?

You can use your sweatcoin to shop in the app marketplace. There are different items for sale, ranging from clothing to vitamins. You can also convert the coins to real cryptocurrency using the application.

What is Sweatcoin Crypto?

Sweatcoin Crypto is an upcoming cryptocurrency token that the tech company behind the app has announced plans to launch. Unlike sweatcoins, the use of the crypto token known as $SWEAT is not limited to the app. Like every other cryptocurrency, it can be sent, received and exchanged.

To own $SWEAT, users are expected to create an account with the Sweat Wallet. You can do this by going to the section labeled crypto in the app. Not much process is required though. All you need to do is provide an email account where a one-time activation code will be sent to. Input the code into the provided box and it’s done. One is however encouraged not to lose the six-units code as that is the key to unlocking your $SWEAT when it becomes available.

The company is yet to give a specific date that $SWEAT would be launched but said it may take place sometime between June and September, 2022. There are currently no plans for a sweatcoin airdrop as the company plans to issue only a supply equivalent to the already circulating supply of coins. Meanwhile, more details are expected as the project comes live. It promised to provide further details next month.

How much are sweatcoins worth?

Based on estimates of the time and effort required to acquire them, one sweatcoin is equivalent to $0.05. (This value can change over time.) Therefore, 20 coins would be equivalent to one dollar. The price of Sweatcoin will likely become more readily available when the $SWEAT token launches.

Is Sweatcoin a good investment?

Unlike cryptocurrencies, you do not need to invest funds to get started with Sweatcoin. There is however a premium offer in the app that requires you to pay a small amount of cash before gaining access to it.

Although it offers additional benefits than the standard version which is completely free, users are not obligated to subscribe to the premium offer. You can therefore choose to or not invest money to get started with Sweatcoin.The app primarily benefits your health, which is already a good investment.

Is the Sweatcoin ($SWEAT) token a good investment?

The Sweatcoin token being planned by the company could be a good investment given the large user base that it will instantly acquire upon launch. However, speculators are wise to recall that there are several other factors that cause cryptocurrency to rise and fall. If the project fails to deliver on its promise or the underlying company suffers several economic challenges, Sweatcoin may turn out to be a bad investment. 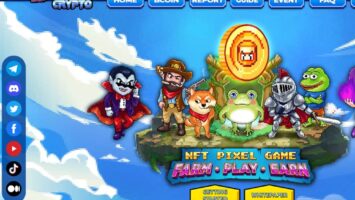