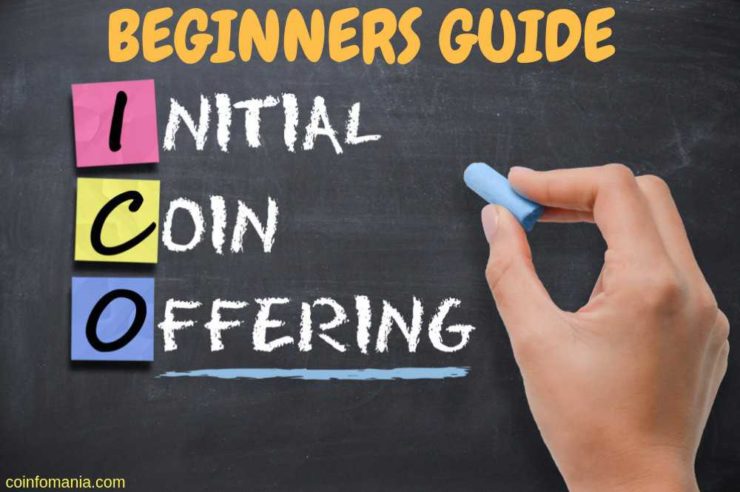 The crypto and blockchain industry was barely known a few years ago, but today, it has gained a lot of popularity around the world, and worth over $223 billion. Since the release of the bitcoin whitepaper by Satoshi Nakamoto in 2008, many successful, innovative projects have hit the market and many more will be released before the end of this year and in coming years.

ICOs have become a trending topic in the crypto community because they offer people the opportunity to invest in some innovative and promising ideas before they become successful and popular like Uber and Tesla – imagine if you have had a chance to invested in one of these at the early stage years back.

Well, before we go deeper, just take a look at the chart below.

There have been a lot of other successful projects like Ethereum and NEO, and the incredible ROI one could get from investing in these projects is one of the reasons why ICOs are interesting. At first, when these projects and technologies came up, only a few believed in them, and people thought everything “crypto” was a joke. However, today, these technologies have been developed and adopted by many people.

What is an ICO?

The primary difference between the ICO and IPO is that ICO projects must have a connection with blockchain technology.

No one owns the ICO market. It is largely unregulated and makes it easy for anyone to organize an Initial Coin Offering. Before a company is listed for IPO by the traditional exchanges, the firm has to meet up with some sort of regulatory standard, but this does not exist in the ICO market.

Traditionally, when a company wants to raise money, they approach rich investors to put their money in the company and do Series of Funding. However, now that there are cryptocurrencies and smart contracts, companies can raise funds with a new method called the ICO. With an ICO, the project team will write a whitepaper and put down their ideas, and they will be able to launch their ICOs on different crypto-related platforms and invite investors to invest in their idea.  So it’s literally just like investing in promising technologies and ideas before they become popular and successful.

What Are ICO Tokens?

ICO tokens are units of the native cryptocurrency offered by the blockchain smart contract project that you want to invest in.  These units are usually named after the project or its founders, example SUNex tokens, Pcoins, and so on.

How Do ICOs Work

Creating any form of decentralized application or high profile blockchain project requires a dedicated team, hard work, marketing, and of course, a lot of money.

For companies to raise this money for their project, they organize ICOs and appealingly present them to attract investors. If people are convinced about a project as stated in the whitepaper and believe that it could work, then they buy the project’s tokens for a certain amount.

ICO token prices are usually pegged in Ether (ETH) because many of the new decentralized applications are built on the Ethereum blockchain. However, some projects add support prices that allow interested investors buy with Bitcoin or Litecoin.

To invest in an ICO, you have to send some BTC, LTC, ETH or any other cryptocurrency supported by the project to their designated wallet. In exchange, the project will send the amount of its tokens that you paid for to your wallet. Many smart contracts require that you provide an ERC-20 token compatible wallet for this purpose.

There are primarily three reasons for purchasing ICO tokens

Tips When Investing In ICOs

While investing in an ICO can be incredibly profitable, there are also some risks attached because you’re investing in ideas and companies that are not yet developed so you could lose some money. In fact, there have been many cases where projects shut down after raising funds through an ICO so it is important to always do your own research before investing in any ICO.

While doing your research, pay close attention to these facets.

A whitepaper is basically the core foundation of an ICO project and usually describes the theory behind the innovation a company seeks to make.

An ICO whitepaper is a detailed explanation that shows that problem that the project is trying to solve with the aid of blockchain technology and details of how they plan to do it. This information is usually found on the official website of the project.

The basic contents of an ICO whitepaper include

Most successful blockchain projects have competitors. Find out what the new project is doing differently from their counterparts.

Who are the people behind the idea and project? Investors should always try to find out whether the named individuals have worked on similar projects in the past or have the expertise that they claim to have.

Study information about how long the team plans to work on the project and consider whether they can realize the funds and personnel to do so.

ICO whitepapers contain information on how the team plans to use funds realized from the ICO. Consider if the fund distribution is wise and attainable.

Social media networks are incredible ways to find out more information about an ICO reputation.

Now that you know exactly what an ICO is, it’s important that you also know that ICO markets are largely unregulated and for this reason, you’ve to be careful with where you put your money.

Check out our list of active and upcoming ICOs, pick out the best ones, and remember to always do your own research before investing in any ICO.  If you can carefully research ICOs, then they can also be a great way for you to start investing in cryptocurrencies.