The filing follows Voyager’s filing for Chapter 11 bankruptcy protection. The court paper revealed that the company has more than $350 million in cash in its For Benefit of Customers (FBO) account at Metropolitan Commercial Bank and $1.3 billion of crypto assets on its platform. In addition, the firm holds claims against the now-insolvent crypto hedge fund Three Arrows Capital (3AC) worth $650 million.

“The debtors have determined, in their business judgment, that failure by the debtors to honor withdrawals any longer could materially harm customer morale during these Chapter 11 cases. Reinstating access to withdrawals will alleviate customer concerns that access to their cash held in the [Metropolitan Commercial Bank] accounts, and the integrity of the platform, is restored,” the filing reads.

Aside from asking the bankruptcy court to honor customer withdrawals from the bank, Voyager also asked for approval to carry out other operations such as liquidating crypto assets of customers with negative U.S. dollar balances. A court hearing has been scheduled for August 4, at 11:00 a.m. Eastern Time (ET).

Voyager filed for bankruptcy protection, a week after freezing users’ assets on its platform. The crypto broker’s troubles stem from recent unfavorable market conditions and the inability to recover its loan from 3AC even after issuing a notice of default to the crypto hedge fund.

The brokerage firm said if the petition gets approved by the court, customers will get a combination of crypto assets in their accounts, proceeds from funds recovered from 3AC, shares of the newly reorganized company, and Voyager tokens. 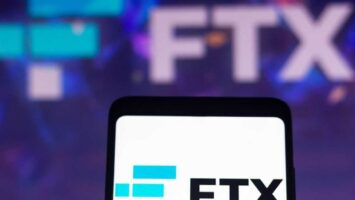