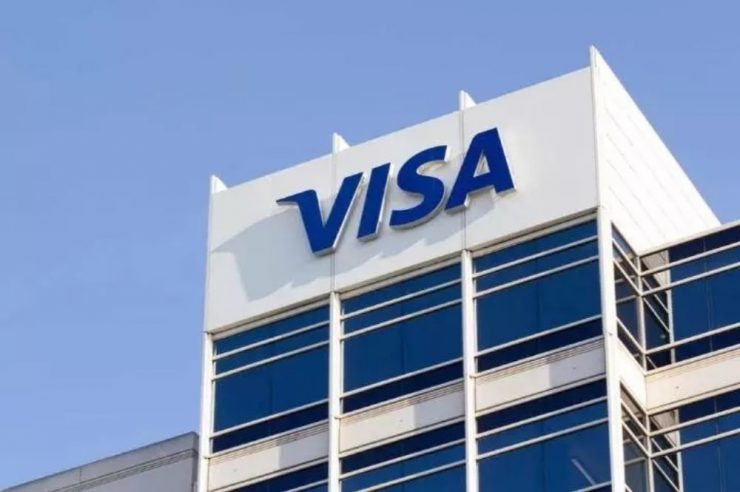 Global payments giant Visa took its first step into the metaverse by purchasing the pixelated artwork, named CryptoPunk 7610 collection for a sum of $150,000. The company, enthusiastic about getting into the NFT space, hopes to get more involved.

Visa made the purchase after publishing an NFT whitepaper that aims to help brands and businesses better understand non-fungible tokens and their potential.

One of the 10,000 24×24 pixel images from the CryptoPunk collection that VISA bought is an avatar of a female character carrying a mohawk hairstyle with its large green eyes and bright red lipstick.

To process the transaction, Visa enlisted the help of the newly licensed bank, Anchorage, who became the first known U.S. bank to custody a unique digital asset after it assisted the digital payment firm to facilitate the deal.

The transaction was executed on an Ethereum smart contract with a third-party seller whose identity was not revealed to the public. Anchorage then took the item into its possession and is currently storing it in Visa’s digital vault.

Diogo Monica, the co-founder and president of Anchorage Digital, noted that the NFT artwork that Visa paid for is safe as only the digital payment company can access it with its private key. With the “heavily blinded digital door,” the bank assures heightened security better than that of a traditional bank.

Speaking on the company’s latest move into the NFT space, Cuy Sheffield, head of crypto at Visa and an avid NFT collector said, “We think that NFTs are going to play a really important role in the future of retail and social media, entertainment, and commerce.”

He continued, “So we wanted to understand firsthand what it takes to acquire, custody, and interact with an NFT. We’ve worked with Anchorage to do this so that we can build the expertise and be better positioned to help clients navigate this space.”

Visa is not the only mainstream company trying to take advantage of the booming NFT market. Twitter recently launched a set of tokenized digital artworks in the NFT marketplace, Rarible.