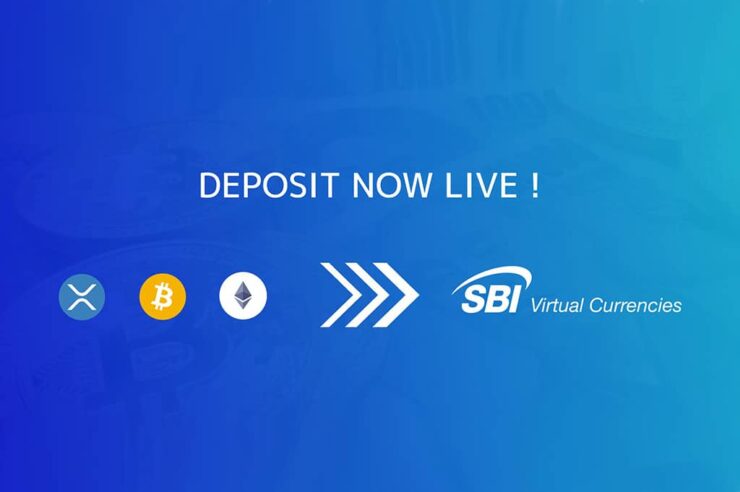 A crypto exchange, named “VcTrade” that was recently launched by Japanese financial giant SBI Holdings, has announced via a press release on Dec 21 that they are now accepting Bitcoin(BTC), Ripple (XRP) and Ethereum(ETH) deposits.

Support for Bitcoin Cash (BCH) on their service is expected to be announced later after more scrutiny of the hardfork cryptocurrency.

SBI Holdings further stated in the announcement that withdrawing cryptocurrency on VC Trade will not be possible until sometime later in January 2019. Also, even when withdrawal is made available, it will be done only on a hardware wallet which the company has tagged “designated wallet.”

To ensure compliance with regulatory requirements, SBI Holdings said in the release that a particular wallet, will “link the address pertaining to the customer.” This information is almost the same as on all major exchanges and represents a primary implementation of Anti Money Laundering and Counter-Terrorist Financing measures on an exchange.

SBI’s launching of new exchange (VC Trade) is a good move for the industry given the company’s reputable profile in Japan. Information from their website confirms that SBI Holdings has paid in capital of more than 92 million Yen ($828 million) and has over six thousand consolidated employees.

Also, Concerning interim results announcement shows that in the last six months which ended on September 30, 2018, the company registered over 176  million Yen in revenue ($1.584 million).

Aside from the opening of VC Trade, SBI Holdings, also reported that it made another investment in cryptocurrency exchange LastRoots in August this year. It is evident that the firm expects the crypto industry to grow massively in the coming years.