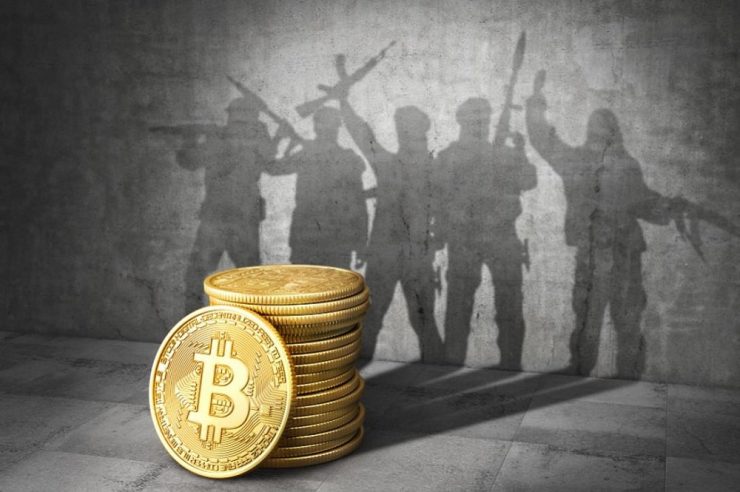 The US Department of Justice (DOJ) has confiscated the cryptocurrency accounts of some militant groups including the Islamic State and al-Qaida, which contain millions of dollars that the groups use to advance their operations.

According to a report by the Washington Post, the crypto accounts were allegedly used by the militants to request for donations. In one instance, they were reportedly used during the pandemic in a scam that tried to raise money from selling illegal protective equipment.

The groups often choose cryptocurrencies such as Bitcoin to carry out such illegal acts because of the difficulty in tracing them. According to the DOJ, one of the militant groups had encouraged its donors to make contributions by stating that the authorities will find it extremely difficult to trace the money.

Among the things confiscated were four Facebook pages, four websites, over 300 crypto accounts, and a total of $2 million so far.

The law enforcement officials also targeted the al-Qassam Brigades, which had initiated a fundraising campaign on social media and its website last year, asking for funds via Bitcoin. The group had reportedly told people that the funds will be used to finance violence and would not be traced, including directions on how to make the donations.

More than 150 crypto accounts that were said to be used in laundering funds to and from the various accounts managed by the al-Qassam were also seized by the officials.

Speaking on this, the acting US attorney for the District of Columbia, Micheal Sherwin said, “Without funding, you cannot have these operations conducted. The focus here was a very proactive effort to target these organizations in a very wide-scale manner.”

The officials also carried out undercover investigations where they discovered a scheme initiated by al-Qaida and other groups, which raised funds via Bitcoin for their attacks while acting as charities.

This action by the Justice Department is allegedly the largest-ever seizure of digital currency funds that are related to terrorism. It is also part of the department’s goal to destroy the financial networks of militant groups, including those that have been established as foreign terrorists.

In a conference call during which the case was announced, Assistant Attorney General John Demers said, “the legal action, which included undercover work and forfeiture complaints, filed in Washington’s federal court is meant to deprive the organizations of funds needed to buy weapons and develop fighters. This action shows that law enforcement remains a step ahead of them,”

The funds that are seized from these illicit operations will be converted to funds dedicated to victims of terrorist attacks.