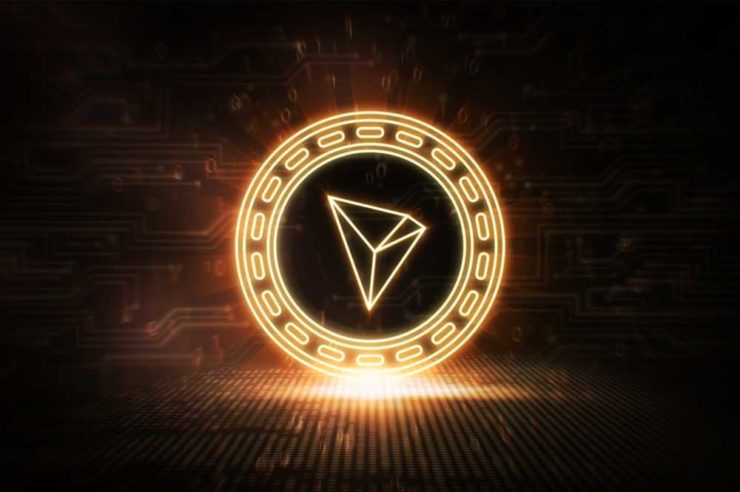 The last few hours have been a merry time for holders of Tron (TRX), the native currency of the TRON blockchain network. Like 0x ZRX, the coin has continued to record a massive growth despite the bearish movements in the rest of the crypto markets.

These trading charts reveal that prices have leaped from around $0.020 to $0.024 in a very short time. 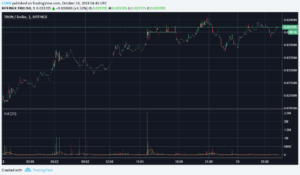 In fact, since the market cap has also risen to over $1.5 billion, one would expect TRX to crawl back into the top ten largest cryptocurrencies by market cap. Monero (XMR) is just ahead of TRX with $100 million.

Excitingly, recent discoveries have revealed that the latest bullish trend around Tron (TRX) could continue on the at least for a couple of more hours or days.

On Friday, Tron’s top tech manager announced in a tweet that following the activation of Tron’s Virtual Machine (TVM), 52 smart contracts were activated on the blockchain’s main net. In the near future, it is expected that JVM lures more game developers to build their smart contract on TRON’s decentralized network.

Tron TVM have been activated, 52 smart contracts have been deployed on main net.

Perhaps the biggest development that has seen TRX value surge is a tweet made by TRX Founder Justin Sun. View tweet below,

The identity of the new Tron partner has remained anonymous, at least until official confirmation. However, TRON’s active community have continued to raise speculations about who “Tens of Billions USD” partner is.

Some believe that it is “China’s Google” Baidu who has around 800 million globally. The Chinese messaging giants well meet the tens of billions valuation but we cannot say what the nature of partnership will be.

Whom do you think is TRON’s Tens of Billions USD’ partner?