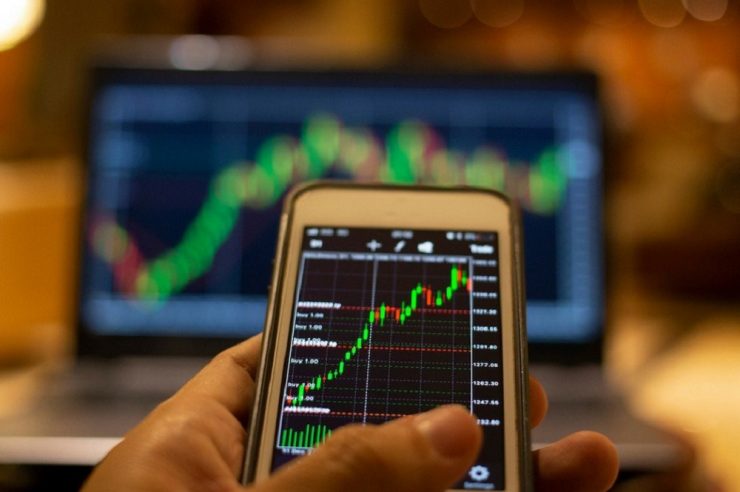 The top five cryptocurrencies to watch this week have shown notable potential. Aside from the more than 4% increase across the market last week, these assets also saw notable changes to their values over this period. Nonetheless, one of the top gainers over the previous seven-day session was APT.

The cryptocurrency closed with gains of more than 60% as its uptrend entered its third consecutive week. Another coin made a return to the limelight after several months of low volatility. Axie Infinity ended the previous week with a gain of 33% as it reclaimed key levels.

With regards to fundamentals, there is none that could affect prices. Nonetheless, there were a lot of industry-related activities and legal actions as well.

For example, Nexo agreed to pay the Securities and Exchange Commission (SEC) and state regulators a $45 million penalty settlement. After Nexo was determined to have violated regulatory legislation regarding their interest product, the settlement was made necessary.

Additionally, Ethereum network’s core developers expressed reservations about the anticipated procedure as the deadline for the staking withdrawal draws near. The new week is a continuation of the previous one with regard to fundamentals. This could also be an indication of further price increases.

During the previous week, the asset reclaimed key levels as the bulls had their moments. One of the main highlights of the week was on Saturday when the top coin gained more than 8%. This also marked a return to a level it has not tested since September 2022.

This week, the coin is not off to a good start as we noticed small candles representing the past two days. This is also an indication that Bitcoin is seeing low trading volume. A look at the weekly chart shows that the asset is yet to record any notable changes in value.

While these are bad indications, it is important to bear in mind that the previous week also started slow before a final breakout. A repeat of the previous week’s sentiment may result in BTC reclaiming another key level. This time, we may see the $25k resistance come under test this weekend.

Indicators are silent as to how prices will perform. Nonetheless, the 12-day EMA is slightly arched downward, which may be an indication of further downtrends. Depending on how deep it goes, there is a chance that BTC may retest $22k.

Ethereum also had a splendid performance during the previous intraweek session. Like most cryptocurrencies to watch this period, it reclaimed a key level; it surged above $1,600 and peaked at $1,680. This is the first time since November we are seeing such moves.

With the new week in focus, we are seeing prices gear up for more volatility. Although the previous intraday day session was marked by very little trading volume, the present is different. Currently down by almost 4%, many are fearful of more downtrends. Indicators are also looking very bearish.

The first to examine is the Moving Average Convergence Divergence. We noticed that the 12-day EMA is arched downwards and may intercept the 26-day EMA; a bearish divergence is imminent if the most recent price decrease continues. The Relative Strength Index is another bearish metric.

RSI is at its lowest over the last ten days, which depicts a massive decrease in buying pressure. One of the key levels to watch at this time is the $1,500 support as ethereum dipped to a low of $1,533 which is an indication that the barrier may fall this week.

Quant piqued the interest of most traders with it massive and considerably consistent increase in value. The previous week was no different as we noticed the coin was mostly bullish during the previous week and saw notable increases.

The new week is not looking any different as QNT is off to a good start. Currently up by more than 4% many are looking forward to more movement toward key resistance. However, QNT peaked at $159. While this may be a sign of more increases ahead, it also means an impending downtrend

A perfect example of this was in October when it peaked at $230 but retraced to a close at $210. The next day was marked by massive decreases in prices. If the same plays out this time, there are huge chance that it may dip as low as $135. Nonetheless, if market sentiment changes, we may see an attempt at the $170 resistance.