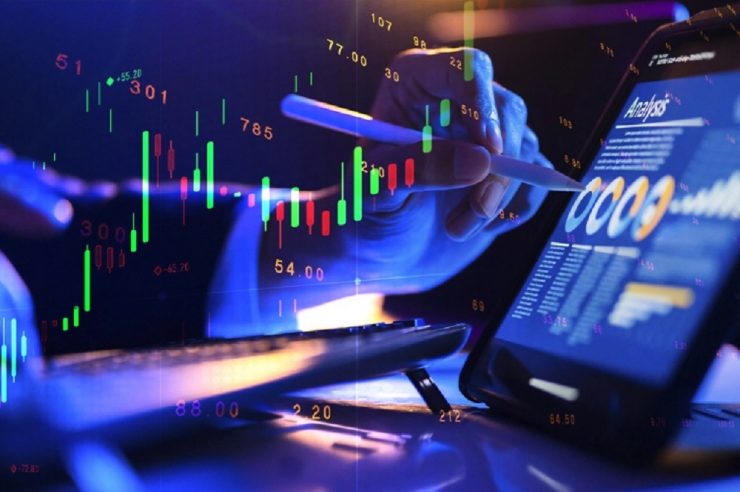 The top five cryptocurrencies to watch this week had a volatility-filled week during the past intraweek session. Some of them crushed their fourteen-day high. They were the only assets to enjoy the surges as indicated by the global cryptocurrency market cap.

The sector was worth $871 billion at the start of the previous seven-day period. It peaked at $972B  but closed at $959 billion, which signifies a more than 10% increase. There were other positive events during this time.

One such is the improvement in traders’ sentiment. For example, the fear and greed index was at 22 when the week started. it closed at 24 even though it saw a minor decrease in happy traders.

N0netheless, the improvement in this metric and the global cryptocurrency market cap is a clear indication that most assets are gradually leaving the bearish dominance and showing potential.

The bulls have sustained steady increases over the past week to the current session. One indication of this is the crypto market cap. It exceeded $1 trillion for the first time in more than fourteen days.

It remains to be seen if the momentum will continue throughout the next six days. Let’s look at the top five cryptocurrencies to watch this week.

Last week, the apes coin started on a bearish note as it lost more than 4%. The downtrend continued until the next day, as it lost 3%. The losses left BTC below $20k which raised fears of a retracement to $18 or even worse, a new low.

Fears subsided on Wednesday as Bitcoin recorded its first gain in the seven-day period. It reclaimed $20,000 and saw a positive change of more than 4%. This marked the start of another bullish round.

The uptrend came to an abrupt end on Sunday as the bears seized control of the asset. Unfortunately, bullish efforts did not reflect on the weekly chart as we observed a red candle. Market sentiment seems to have changed as of the time of writing.

We note that bitcoin displayed a lot of positivities during the current intraday session. For example, it peaked at $22,760, an untouched level since June. There were other factors that indicated that the price increases may continue.

One such is the Pivot Point Standard. BTC was en route to testing its pivot point before it met corrections at its high. On many occasions when we have a near occurrence on the chart, we are bound to see such unfold again.

This means that we may expect a retest of the highlighted. The Relative Strength Index was also 50 as MACD continues to climb. If the current momentum continues, there may be a retest of the $24 k resistance. Nonetheless, if market conditions worsen, the $20k support may be one of the toughest barriers to bank on.

Like most cryptocurrencies, Ethereum has also enjoyed notable bullish periods over the past week. However, it started slow which resulted in a 2-day downtrend. As a result, it almost tested the $1k support but rebounded at $1,032.

The coin proceeded from that point on a rampage against key resistance. One of the main highlights from this spree was when the asset saw its biggest pump. It happened on Saturday as it climbed from $1,200 to peak at $1,400.

Indicators were fairly bullish during this period. For example, ether tested a flipped its pivot point. Additionally, the Relative Strength Index ended the previous intraweek session at 57 which demonstrates trading conditions at the time.

ETH is seeing a massive increase in price. For example, yesterday, it surged fro $1,339 to $1,57. This is the first time in more than 30 days that the coin is attaining this feat. The opening price also indicates a more than 18% positive change.

Unfortunately, the bulls failed to continue the uptrend into the current intraday session. A clear indication of the red candle on the chart. Nonetheless, the altcoin peaked at $1,613, another milestone.

There are indications that the correction may be shortlived. One reason for this conclusion is that ether was almost overbought which may result in a massive selloff. The retracement temporarily stopped such from taking place.

We may expect more uptrends in the coming days as the altcoin is above its pivot point. This means that it is certified as bullish by the indicator. One level traders should watch out for $1,800 resistance. We may see another pump like the previous day and the mark may flip.

Ripple also had a splendid week. Like most cryptocurrencies, it started slow as it dipped to a low of $0.31 and lost 3% on it first day. The downtrend extended to a second day as it dipped further and recorded its low for the seven-day period.

An uptrend started on Wednesday as the altcoin recouped from a low of $0.30 to peak at $0,32 and close with gains of almost 4%. On Saturday, the asset peaked at $0.35 and closed with a positive increase of almost 5%.

The last day of the week was bad for the coin as it lost a few percent. Nonetheless, this did not alter the indicators trajectory as they maintained their momentum. For example, XRP remained close to its pivot point till the end of the week.

Currently, XRP is trading above its pivot as at the time of writing. This is as a result of the uptrend it is currently experiencing. It started yesterday when it peaked at $0.37 and closed with an increase of up to 7%.

THe increase came to an abrupt end during the current session when the coin dipped to a low of $0.35 but recovered to a record high above the previous peak. The uptrend is still intact as ripple is surging.

We may see more increases this week as the asset is set to make a full comeback on MACD. This means that it will leave the bearish region and move above 0. Another boost to the bullish bid is the increase in trading volume it’s seeing.

One of the key levels to watch during this period is  $0.40 resistance. As market conditions improve, we may see an attempt on the mark and a possible flip depending on the pressure behind the attempt. On the other hand, the $0.35 support is one vital support to bank on.

Monero was very volatile last week. A closer look at the weekly chart shows that asset dipped to a low of $115 but surged to a high of $144. This is the first time in more than 30 days the token is attaining this feat.

Fortunately, it closed with a more than 5% increase. It also gained composure above its pivot point but failed to finish the period under consideration above it. Other indicators like RSI and MACD were also bullish.

One of the main highlights of the week was on Thursday when the asset recorded its highest gains. It opened trading at $124 and peaked at $134 but closed slightly lower, which signifies a more than 7% increase.

The sentiment has extended into the current week as we observed that the coin is on two-day uptrend. As a result of the surge, XMR peaked at $149 and aimed for $150. We may see the said resistance flip this week.

Following the most recent attempts by the bulls, there may be more push to the upside. Based on previous price movements, one level that we may watch out for is the $178 resistance. There is no indication that the mark will come under test this week.

Nonetheless, we may see a build up to this retest. This may take prices as high as $160.

Last week, Decentraland was the most held coin in the ethereum ecosystem. Due to this, it saw small trading volume and recorded little volatility. It is the first coin on this list that ended that previous intraweek session with losses.

The first day of the week was one that many would love to forget. The asset lost more tha 7% as it tested the $0.80 support but rebounded before the mark crumbled. However, the victory was short-lived as we observed another attempt the next day.

This time, it flipped and went as low as $0.78. The downtrend came to an end on Wednesday as the altcoin dipped to $0.75 but was met with increased demand concentration and surged to close the session with gains of almost 4%.

This situation ended during the previous intraday, as MANA peaked at $0.93 and closed with a more than 9% increase. The uptrend extended to the current session as it peaked at $1 for time in more than fourteen days.

On previous occasions, once the $1 resistance falls, there is always a tight struggle to hold on to the mark or drop below it. We may see such this week but the bulls seem to be edging in this contest as several indicators are bullish.