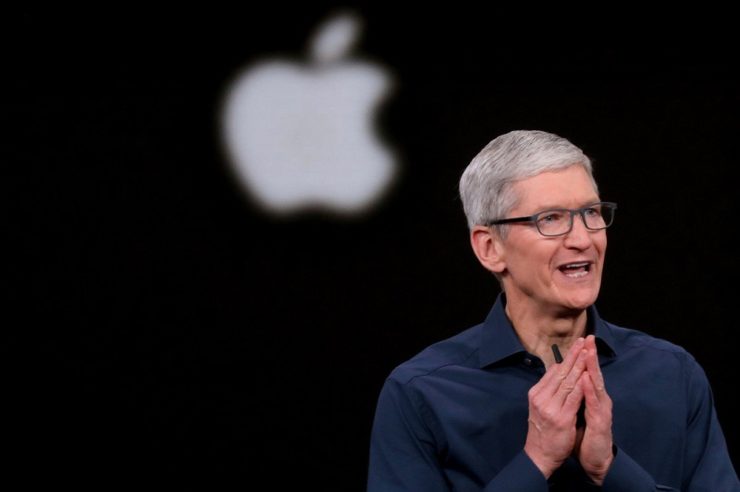 With Facebook venturing into the cryptocurrency business, many would expect other big firms to join the bandwagon in developing a digital currency. While some major companies are buying into this idea, others like Apple do not share the shame optimism.

In an interview with French publication Les Echos today, Tim Cook, the Chief Executive Officer (CEO) of Apple Inc., an American multinational tech giant, has made it clear that the firm is not planning on developing a cryptocurrency.

Since cryptocurrencies share the same characteristics as fiat currencies, Tim believes creating money of any kind should not be the job of private firms, and that private companies should not compete with the state on “monetary control.”

“No. I deeply believe that money must remain in the hands of states. I am not comfortable with the idea that a private group creates a competing currency. A private company does not have to seek to gain power in this way,” Tim Cook said.

The Apple boss seems to be referring to Facebook’s proposed Libra cryptocurrency, which is currently backed by massive corporate giants like Visa, Mastercard, Spotify, Uber, among others.

However, since Facebook proposed the Libra Project to the public, the social media giant has received widespread criticism from global financial regulators, including the U.N and the E.U, which believe the project could pose a threat to global financial stability considering Facebook’s large number of users.

Tim Cook went a step further to back his statement describing money as “defense” for a state while adding that it is part of every state’s mission to handle the creation of money, and as such, it should be left for the state to handle and not to private firms.

Apple may not buy into the idea of developing its cryptocurrency, but the tech giant’s payment service, Apple Pay, is currently being used by NEO Smart Economy to pay for goods using the NEO cryptocurrency.