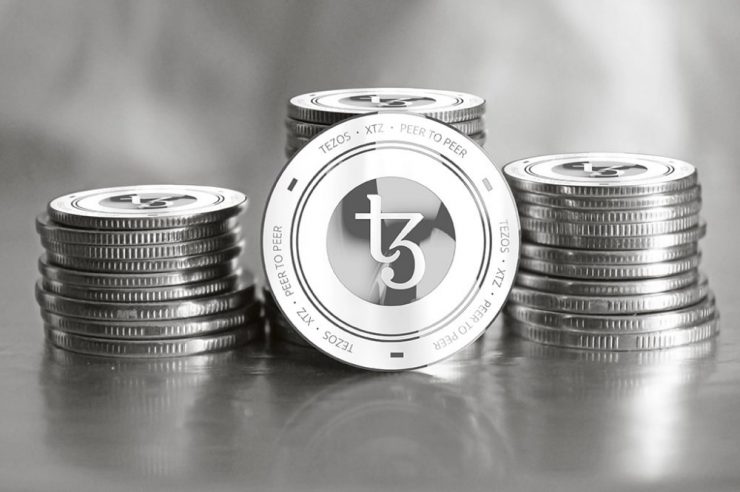 Upon its beta launch in mid-2018, Tezos block production and validation were first managed by the Tezos Foundation, a Switzerland-based non-profit organization in support of the Tezos protocol and ecosystem, for approximately three weeks.

The Foundation handled block production for seven cycles and baked 28,672 blocks. Baking activities on the network are formally structured in cycles of 4096 blocks, which takes about three weeks.

Tezos’ term for block creation is called “Baking” and a participant in this baking process is referred to as a “Baker.” The first Tezos block baked by a baker (not Tezos Foundation) was on July 21st, 2018.

The baking of Tezos’ one-millionth block today marks a milestone in an eventful journey, as the project has made significant developments since it went live.

What is Tezos blockchain?

Tezos is a decentralized blockchain platform that runs on a delegated proof-of-stake (DPoS) model. The network is written with  OCaml, a computer programming language that offers flexibility and formal proofs of correctness. Its mode of operation enables stakeholders to control certain activities on Tezos, by voting on upgrades for the ecosystem.

The blockchain platform is also self-amending, meaning that it can upgrade itself over time. This feature allows the network to follow a formalized process for proposing, selecting, testing, and activating protocol upgrades, without having to fork or split the network into different chains.

In addition to supporting Turing complete smart contracts, Tezos features formal verification, which would allow developers to validate the correctness of smart contracts code. In this way, Tezos prioritizes security.

What is Tezos baking?

Baking refers to the processing of signing and publishing new blocks on the Tezos blockchain. As mentioned earlier, Tezos runs on a delegated PoS consensus mechanism, meaning that anyone (baker) that will publish a block to the chain would be selected based on the amount of XTZ coins they own. The standard amount required to participate in baking is 10,000 XTZ (about $26,100). The amount might change in the future.

Users who do not wish to bake can delegate their staking power to other bakers. XTZ holders (delegators) can delegate as little or as much staking power as they like to a baker (delegate). With additional delegated stakes, participants gain a higher chance of being selected as a baker or an endorser to publish or endorse the next block, thus claiming the block rewards.

Bakers receive 16 XTZ for every baked block on the network. Each block takes about 60 seconds to bake, except on a few occasions when a baker goes offline.

The Tezos network also involves 32 endorsers, who would be selected randomly to validate the previous block, with 2 XTZ as the block endorsement reward.

Tezos was founded by Arthur Breitman, a former research engineer at Google X and Waymo, together with his wife, Kathleen Breitman. The couple released the Tezos whitepapers in 2014, introducing Tezos as a peer-to-peer (P2P), distributed, and permissionless network based on smart contracts.

While still working at Morgan Stanley in 2015, Breitman established Dynamic Ledger Solutions (DLS) in Delaware, acting as the company’s Chief Executive Officer (CEO). The company was responsible for Tezos’ intellectual property, including its logos, domain names, Tezos’ source code, and other trademark applications associated with Tezos.

After a failure in 2015 to attract investors for the Tezos project, the Breitmans planned to raise funds by conducting an Initial Coin Offering (ICO) in Switzerland, which resulted in the formation of the Tezos Foundation, with Johann Gevers appointed as president.

The independent, non-profit foundation was formed to handle the planned ICO,  in accordance with Swiss law, according to Reuters.

Initially, the ICO was scheduled to hold in May 2017, and the Breitmans expected to raise $20 million.

Fortunately, the Tezos foundation ended up garnering over ten times the amount through the ICO, which started on 1st July 2017. The project raised about $232 million (a record for an ICO then). The fund was raised through Bitcoin (66,000 BTC) and Ether (361,000 ETH), under a term which relayed that the funds are not “speculative investment,” and also a non-refundable donation.

See Also: What Is an Initial Coin Offering (ICO)? A Complete Beginners Guide

Despite the successful Tezos ICO, a dispute broke out between the Breitmans and Gevers over a contract. The founders accused Gevers of drawing up his own contract and giving himself excess compensation while doing so. The president, on the other hand, claimed the couple was attacking his character.

The misunderstanding delayed the launch of the Tezos mainnet, which reportedly qualifies ICO investors for a $25 million refund.

After the delays, the Tezos Foundation announced the launch of the Tezos’ beta phase on June 30th, 2018. All the transactions processed in the beta would persist to the mainnet once it goes live. Later in September that year, the Tezos mainnet was launched, marking the end of the project’s beta stage.

Tezos’ native token XTZ (called Tez or Tezzies) has also recorded huge growth since launch. The token was sold at $0.47 per XTZ during its ICO in 2017. The coin reached an all-time high of $4.46, just one year after a successful fundraising.

The cryptocurrency traded at its lowest price of $0.350476 in December 2018. Despite that, data on CoinGecko shows that the coin has generated a 456.8% ROI for investors. 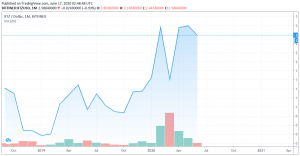 Just last month, crypto exchange Coinbase revealed in a report that its users have more interest in buying XTZ than other altcoins including Ether (ETH). 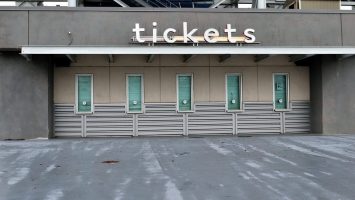