Singapore-based cryptocurrency data aggregator CoinGecko has just released its second quarter (Q2) report for 2022. The report outlined the condition of the entire stablecoin market. The top 15 stablecoins suffered a loss of about 20% of their market capitalization worth almost $34 billion.

Surprisingly, the so-called algorithmic stablecoin Terra Classic USD (formally known as UST) held on tightly to the seventh position on the list of top stablecoins by market capitalization, despite its severe depeg from its supposed 1:1 parity to the US dollar.

At the start of the second quarter, the Terra ecosystem was still healthy, and as a result, its stablecoin TerraUSD, as it was then called, was able to garner a market capitalization that made it the third largest stablecoin, even superseding Binance USD (BUSD).

However, after its crash in May, USTC fell in trading price and market capitalization. It, therefore, dropped to the seventh position on the list of top stablecoins by market cap and surprisingly stuck to that position despite its severely low price.

Meanwhile, USTC ranked 11 on the list of top stablecoins at the time of writing, with a trading price of $0.03. It also has a market capitalization of $365 million.

The Genesis of the Terra Crash

The Terra drama started in early May when Luna Foundation Guard (LFG), a non-profit organization aimed at supporting the Terra network, emptied its reserve to prevent UST from suffering a depeg. The plan ultimately failed and triggered a chain of events that led to the ultimate collapse of the stablecoin and ecosystem as a whole.

After the collapse of the ecosystem, UST sat at a trading price of $0.01. Shortly after, the project’s developers introduced a comeback plan and forked the blockchain to create a new chain. The old chain was rebranded as Terra Classic (with its tokens LUNA and UST renamed LUNC and USTC respectively) while the new chain was called Terra.

The crash of Terra’s stablecoin had a ripple effect on other stablecoins, as to the assurance of their constant peg amid crypto market volatility. The event rubbed off on the market valuation of top stablecoins, especially other algorithmic stablecoins.

For instance, DAI and FRAX slumped by 32% and 48% in capitalization, while currently sitting at the fourth and fifth position on the list of top stablecoins respectively.

Tether USDT, the leading stablecoin maintained its position. However, the asset saw a 20% decrement in capitalization, possibly owing to a massive shorting that was reported last month. 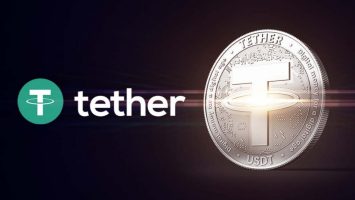