While this debate is still going on till today, reports have emerged that X8 AG, a fintech firm based in Switzerland has received financial certification from Islamic scholars for business expansion in the Middle East and for the virtual currency and Sharia-compliant crypto exchange the firm plans to launch in the region.

According to the report from Reuters, the Middle East is a friendly environment for innovative technology like cryptocurrencies and blockchain, and many fintech firms are seeking to tap into this opportunity.

Islamic scholars have continually evaluated the religious validity cryptocurrencies and some of these scholars believe that they are sinful (Haram), especially because of the price volatility of these virtual currencies.

However, X8 says that its digital token built on the Ethereum network is unique and backed by both fiat currencies and gold, which would solve the issue of price instability.

“X8currency is the pioneer of a unique class of stable tokens, and for the first time in the traditional and digital currency market establishes the principle of proactively managing funds through the use of financial Artificial Intelligence (“AI”) to preserve value and create price stability,” X8 website’s offer reads.

Iran To Create A National Cryptocurrency

While the nature of cryptocurrencies continues to be a debate among Islamic scholars, Iran,  the second-largest country in the Middle East, says it will add itself to the list of countries with a national cryptocurrency.

As Coinfomania early reported, the Islamic country has drafted a proposal for a Central Bank-backed Digital Currencies (CBDC), which will end the volatility of cryptocurrencies like bitcoin.

Iran aims to use the CBDC to dodge sanctions from the United States as President Trump prepares to end a nuclear agreement that exists between the two countries for over three years. 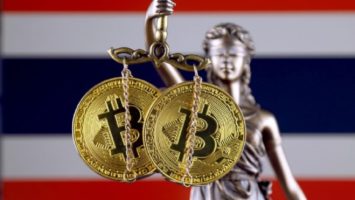