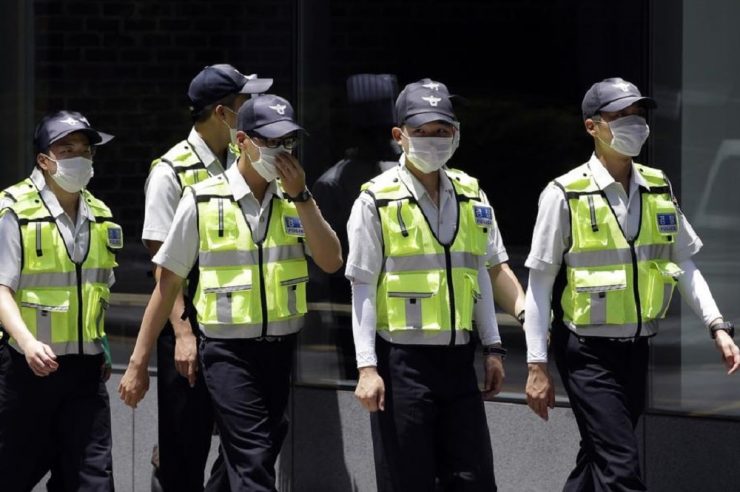 South Korean police have conducted a raid on the popular domestic cryptocurrency exchange V. Global  for an alleged MLM fraud.

According to a report today on local news outlet, the Korean Herald, the Gyeonggi Nambu Police Agency said the raid was carried out on 22 offices belonging to the exchange in a bid to gather evidence that corroborates the allegation that the firm operated a fraudulent scheme.

Genesis of the Case

Narrating the incident, law enforcement agents noted that it commenced investigations into the exchange’s activities in February when investors raised some red flags about the firm.

Part of the allegations was that the exchange’s CEO, surnamed Lee, alongside other team members, lured 40,000 people into investing in the pyramid-like scheme in August last year.

Existing investors were promised a certain percentage in the form of referral bonuses when their referrals invest in the company. The exchange required participants to register an account with them with the sum of six million won ($5,336).

Over the course of its existence, the unnamed exchange amassed approximately 1.7 trillion won ($1.5 billion) from investors, with some of the participants receiving stipulated interest from the company.

The police disclosed that existing investors were paid with new users’ capital to further convince people that the scheme is legit.

In a bid to prevent the firm from running away with the remaining funds, the police obtained a court order in April to freeze the 240 billion won ($213 million)  left in the exchange’s account until the investigation comes to an end.

Although today’s move was not to make any arrests, police raided 22 locations to gather information that would aid the ongoing investigation.

The Fight Against illegal Crypto Companies

Per an announcement made by the Office for Government Policy Coordination (OPC), the authorities will target all illicit businesses during a special enforcement period between April and June.

The OPC noted at the time that various government agencies will be given the power to investigate and punish operators of illegal virtual asset service providers (VASP) in the country.