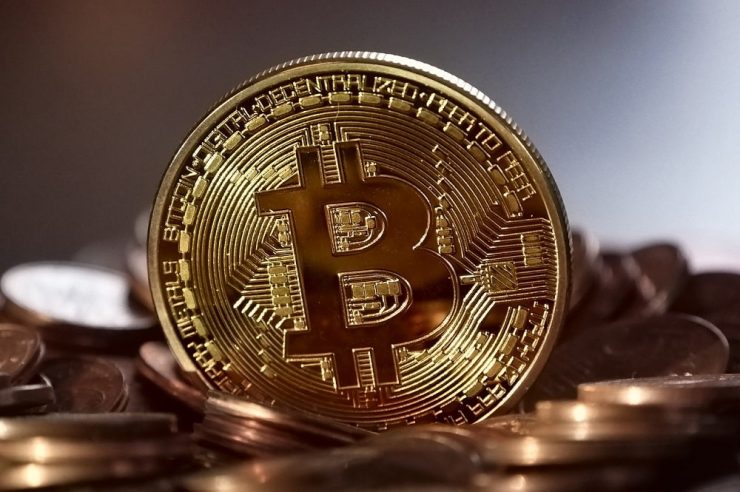 September has always been a dramatic month for Bitcoin. The cryptocurrency recorded significant losses in the last three September. Will this year be different or will it be the same? This has become a burning question as Bitcoin continues to hit $12k and back.

Going as far back as 2010 to date, Bitcoin’s price has fallen in the 9th month of every year more than it has gained. Data revealed that the asset recorded losses in six September in the past 11 years and gains in five September.

A closer look reveals that Bitcoin has lost more of its value in September than any other month. In 2011, Bitcoin lost almost half its value in the 9th month, making September the month with Bitcoin’s highest loss.

Looking at the figures in total, Bitcoin lost 104.5% in previous September and gained 30.8%, indicating that the month had far more losses than gains. The lowest loss Bitcoin ever incurred in the past eleven September is 4.7%, which is way bigger than the lowest loss in other months.

All September in Bitcoin’s history added very little to the value of the asset as the highest gain Bitcoin made in September was 15.6%, which was not up to 10% of the highest in other months.

The heat map below shows that from 2010 to date, September has a deficit of 9.6% which is the highest loss compared to other months. 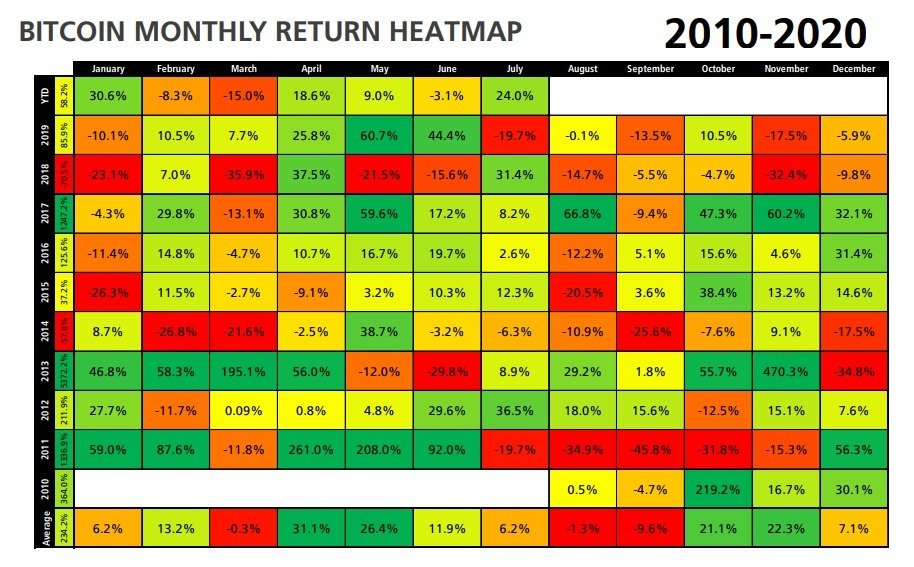 At the time of writing, Bitcoin is worth $11,488. The price patterns are indicating a bearish flag, which suggests that there may be a price decrease soon. If a price decrease happens then, traders can look forward to seeing more support levels broken.

The $10,000 support level is a long term support level that may not be touched by the price decrease before prices bounce back. With Bitcoin tussling between $11k and $12k, it may be just within 4% if any major decline happens. If prices drop by 4%, then the $11,000 support level will be untouched.

If next month will be different from the last three Septembers, Traders can expect Bitcoin price hit $11.8k in the coming month and possibly break the $12k resistance level. 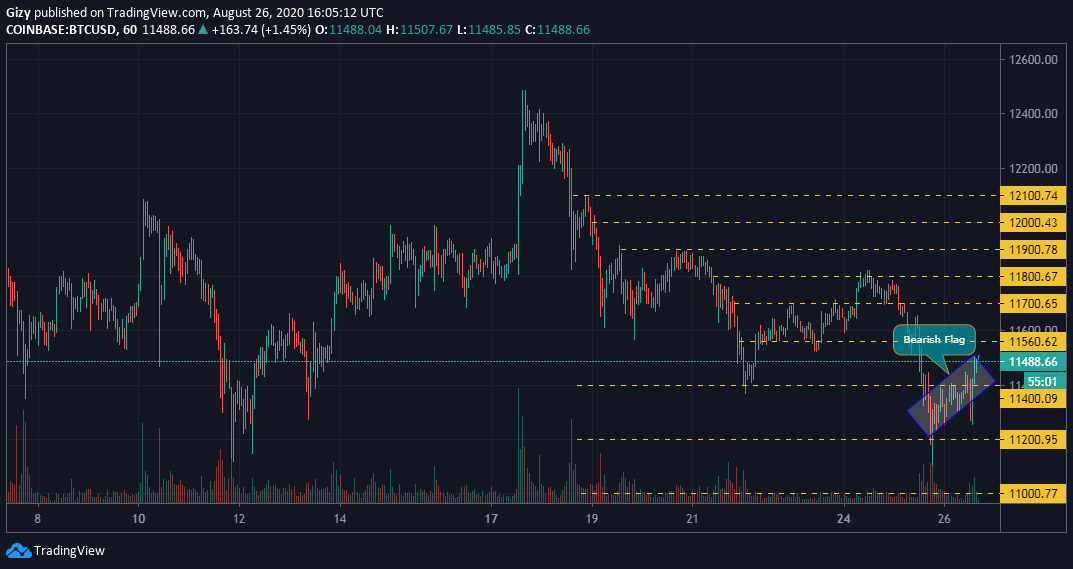