It’s still unclear whether the recent 10% Bitcoin rise in half an hour was due to short positions being filled or to the news that US Congress is increasingly recognising an official status to the cryptocurrency space.

Surely the recent positive comments by US lawmakers contributed to the rise but China likely also influenced the return to gains.

The Hangzhou Internet Court of China formally described Bitcoin as virtual property and might have been another reason behind the sudden rise from $9,400 to $10,600.

China’s regulation on crypto has always been questionable and surely not known for being flexible. There is an implicit ban. The regulation prohibits financial firms holding or trading cryptocurrencies.

History of crypto regulation in China

Bitcoin’s recorded history in China dates back to April 2011, when a Chinese charity started accepting bitcoins to help earthquake victims in Lushan, Sichuan province. That probably sparked the curiosity of a few speculative investors which led to the country’s explosion of interest.

Back in December 2013, People’s Bank of China (PBOC) made its first step in regulating bitcoin by prohibiting financial institutions from handling bitcoin transactions. The Joint Notice on the Risks Associated with Bitcoin (the “PBOC Circular in 2013”) was important in showing the initial regulatory approach in China in relation to virtual currencies. It stated that “virtual currencies are not a currency in the strict legal sense despite their name, because they are not issued by the monetary authorities and thus lack the legal status of legal tender.”

In 2017 regulation got tougher by restricting crypto-related business activities, banning ICOs while banks had to stop servicing exchanges. Since then, the Chinese have used OTC (over-the-counter) trading to purchase cryptocurrency.

In August 2018 the Chinese government authorities reinforced the ban on all the cryptocurrency-related commercial activities and events. Many businesses including China’s most popular messaging app, WeChat, were asked to shut down blockchain and crypto-related accounts as new regulations were imposed.

With regards to mining, China has always been a major producer but in early 2018 the People’s Bank of China announced the State Administration of Foreign Exchange would crackdown on bitcoin mining. Many Bitcoin mines in China had stopped operating by January 2018.

More recently China seems to have softened and officially recognized Bitcoin as legal property for a second time after a court confirmed it is “virtual property.”

The first in October 2018, when The Shenzhen Court of International Arbitration ruled that Bitcoin ownership and transfer in China were not prohibited. Meaning that despite the ban on ICOs and virtual currency trading continued, Bitcoin and other cryptocurrencies could legally be regarded as property in the country.

Yesterday’s ruling, the second in a Chinese jurisdiction, confirmed that bitcoin should be treated as virtual currency because it carries value, is scarce and can be used as a means of transferring value, as reported by Beijing-based magazine Caijing.

It’s not a nation-wide recognition but many claim this case is a major milestone that will surely reaffirm Bitcoin presence in Chinese territory. 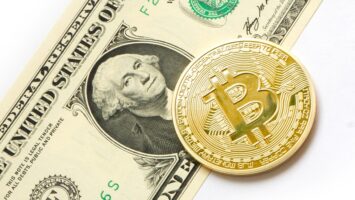