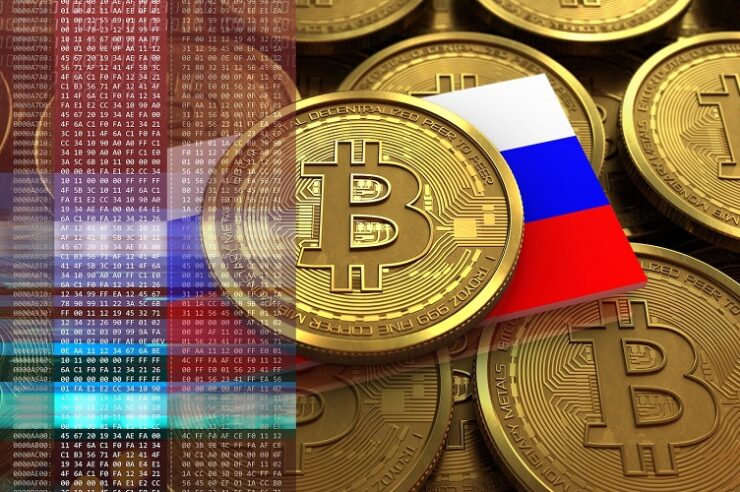 A renowned Russian Economist, Vladislav Ginko has admitted that the European nation looks set to explore Bitcoin as an alternative to the U.S dollars which they have been barred from using through a sanction.

To this respect, he expects the government of Russia to invest heavily in Bitcoin in the coming months since the cryptocurrency provides a diversification channel for the $470 billion being held in their bank reserves.

Ginko who is also a lecturer at Moscow’s Russian Presidential Academy of National Economy and Public Administration explained in an interview why he expects the government to adopt Bitcoin soon. He said,

“US sanctions may be mitigated only through Bitcoin use. Because of US sanctions, Russia’s elite is forced to dump US assets and US dollars and invest hugely into Bitcoins. The Central Bank of Russia sits on $466 billion of reserves and has to diversify in case there is limited opportunities to do it.”

In the same report, Ginko also gave a timeline on when Russia will invest in Bitcoin. He cites that a $10 billion could be expected anytime in Q1 while other large purchases are expected as the sanctions become more intense on the country’s assets.

Russia Could Lead The Next Bitcoin Bull Run

Although the cryptocurrency markets have been somewhat stable in the last couple of days following a massive price correction in November, talks of another 2017 like bull run have refused to go away.

If Russia eventually pumps money into Bitcoin, then there is a big chance that holders of the cryptocurrency will witness a massive increase in the value of their assets. Such a move will also make the country one of the biggest Bitcoin whales since their investments will outweigh that of top Bitcoin owners and exchanges.

At this point, it can only be right to dream and hope that Bitcoin is about to fulfill one of its potential – that of serving as a store of value in the same way as gold.

Will this milestone lead to the next bull run? Only time would tell.