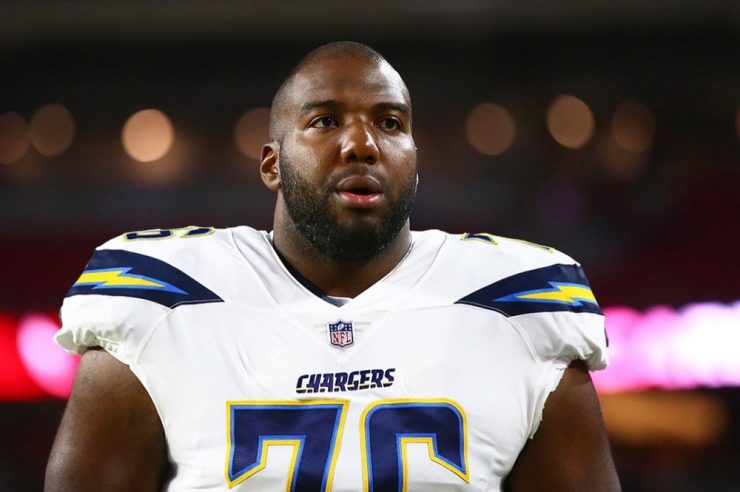 Russell Okung, an American football offensive tackle for the Carolina Panthers in the National Football League (NFL), was in an exclusive interview where he declared Bitcoin as a remedy for the global economic crisis as the cryptocurrency offers “Practical Solution” against legacy finance.

During the interview, he was asked what role he envisions Bitcoin to play in the future economy and also to give his reasons why he believes expanding adoption for the digital currency is critical.

In response to this, Okung explained that Bitcoin is the best and stress-free remedy to the economic meltdown and uncertainty that is taking its toll on the lives of everyone.

Bitcoin changes everything. As economic uncertainty continues to take its toll on our everyday lives, I believe we’ll see more and more people experience a shift in how they relate to money. Bitcoin offers us a practical solution to overcome the imminent demise of the legacy financial system,” the NFL Star said.

According to him, his trust in the cryptocurrency pushed him to request that his salaries be paid via Bitcoin, but unfortunately, his requests were rejected. However, Okung said he will not stop at that in his quest to let the world see what he believes is an invention “for the masses.”

It was this dream that led the Russell Okung to invest in the Fold, a Bitcoin-friendly shopping platform that offers Bitcoin cash-back rewards for purchases made with the US dollar.

Bitcoin is not just a passion

The American footballer had organized an educational meet up dubbed “BitcoinIs” to educate rookies on the fundamentals of Bitcoin. Okung believes such events are pivotal for the mass adoption of cryptocurrencies. He noted that many people who expressed interest in Bitcoin, often quickly give up after getting lost down technical rabbit trails or widespread misinformation.

Russell Okung went bullish on Bitcoin after it began to be a passion for him. However, Bitcoin is beyond just a passion for him, he said. It is now a way of life and he has complete faith in the future of the cryptocurrency.

Okung believes the need for Bitcoin to reach mainstream adoption is very crucial. This will be easy to achieve if people are given access to own and use Bitcoin in a way that will not require too much stress.