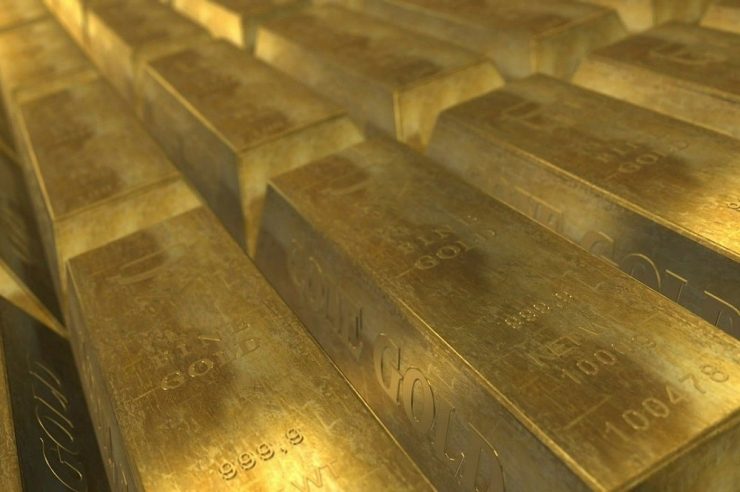 Gold-backed stablecoins are on the rise. The assets are essentially a streamlined way to invest in gold without much hassle. Gold-backed stablecoins, generally purchased on a gold-backed crypto exchange, are free from a controlling intermediary. There’s no one to decide what you should do with your funds, nor a party who can take them from you.

This is significant, considering the current state of the world. Dealing with a pandemic has been nothing short of stressful. The United States government has responded by printing tons of money for stimulus checks. While this isn’t inherently bad, it does inflate the dollar. So much so that some investors are worried about the value of their funds.

Gold-backed stablecoins have come in to help. They combine the benefits of both gold and cryptocurrencies to offer a new way to invest in gold. It’s a fantastic way to get around the banks, inflation, and third-parties controlling your funds.

With everyone needing to be more careful with their money than ever before, it only makes sense to invest in something only you control. That’s not to mention that stablecoins are cheaper than traditional bullion. Investing in physical assets costs extra in terms of convenience fees and storage. Not only do you need a vault to store your metals, but a solid one is quite expensive. Your only other option is monthly fees for third-party storage, which defeats the point of holding your own assets.

What’s more, there’s no need to give up many of the benefits offered by traditional banks.

How Stablecoins Can Replace Banks

Remember, stablecoins are transactable. You can use them to make payments on supporter’s platforms and convert them to more widely available assets like Bitcoin. Plus, considering most gold-backed stablecoins are on Ethereum, they’re also compatible with most ERC-20 applications. This ensures you can lend and borrow stablecoins.

Lending stablecoins, of course, allows you to earn interest on your holdings. Some platforms even pay you to add liquidity. So, you’ll earn from both holding the funds as well as earning interest on them.

Also, gold is a relatively stable precious metal. Having that stability as a way to store your funds in an accessible method is no joke. If the economy crashes, as it did during the pandemic, your investments will be relatively safe in gold-backed stablecoins. That said, your funds will probably increase as others pull out of the economy and put it into gold.

Trust in the government is at an all-time low during the pandemic. Controlling parties are consistently printing money for stimulus checks, ruining the value of the said dollar. Even then, this money is struggling to make its way into citizens’ hands. It’s no wonder crypto enthusiasts are pushing crypto so hard right now.

Interestingly, however, banks are looking to adopt stablecoins themselves. Some are working with the popular Ripple project for just this. Others are looking to develop their own stablecoins for their communities to use. In fact, China is working on its own stablecoin, the DCEP, for worldwide use. It’s the same idea with Facebook’s Libra stablecoin. The idea is for both groups to have as many people in their economy as possible.

While the pandemic still has a way to go, stablecoins and cryptocurrencies in general represent the next step in money. This unfortunate situation has only exemplified that claim.

We’re still a ways off, however. Note that most if the mainstream has no idea stablecoins exist. As much as enthusiasts may not like it, stablecoins produced by a central bank might be the answer for exposure. This way, investors can experience an instant-settling, fee-free currency for the first time. They can travel the world and bring their money with them no problem.

Just like with Bitcoin, it’s only a matter of time before the world starts adopting stablecoins.