Despite the several major world events that took place since the beginning of the year, cryptocurrencies have outperformed the predictions made by several crypto critics in the past years.

In a recent interview with CNN, Brad Garlinghouse, the CEO of Ripple said that the driving force behind the growing interest in cryptocurrencies lies in the extreme money-printing trend that several governments around the world have embarked on.

He stated that this trend is fast inflating fiat currencies, driving millions of people to search for non-inflationary alternatives.

I think people are seeing crypto as, in some cases, an inflationary hedge. You are seeing names like Paul Tudor Jones and Stan Druckenmiller come into crypto and see it as an investable asset; those are important dynamics that are driving this market.

He pointed out that the environmental impact of Bitcoin is a significant drawback for the digital asset since its mining consumes a large amount of power. Garlinghouse also noted that the reverse is the case with XRP, Ripple’s native digital asset that facilitates payment on the platform.

XRP is an environmentally friendly digital asset since it does not need to be mined, as opposed to some other technologies like Bitcoin, which uses proof of work (PoW) or mining, he opined.

Nevertheless, he is still convinced that Bitcoin, being the most talked-about cryptocurrency, will always remain a significant player in the crypto community. He stated that it has always been the main entrance point for every big company trying to invest in cryptocurrency.

I think Bitcoin is gonna remain a very important player within the crypto community, it has been and will continue to be. For so many people, Square and others, when they first get involved with crypto, they start with Bitcoin, and then from there, they expand their portfolio. I think it’s important to have that entry point.

Several top figures have recently voiced their admiration for Bitcoin. Just a few weeks ago, one of Mexico’s wealthiest people, Ricardo Salinas Pliego, said that he has 10% of his liquid assets in Bitcoin. 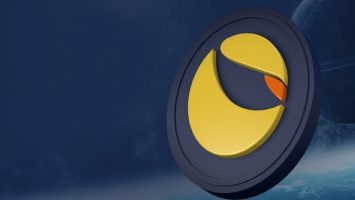