The president of Magnum Real Estate Group, Ben Shaoul, has recently sold an 11,400 square foot retail condo located at the Upper East Side, New York, for  $15.3 million in Bitcoin (BTC).

According to a source familiar with the deal, the building was bought by a Taiwanese entity known as Affluent Silver International LLC.

The transaction was completed using Bitpay and Starr. The deal went so well that Eric Hedvat, who is a broker with Jet Real Estate representing Magnum, described it as a “seamless process.”

Magnum had earlier made use of BTC transfer in a contract with two other clients in the building for residential condos last year. One of them was a 624 square-foot studio with a selling price of  $875,000 while the other one was a 989 square-foot one-bedroom with a price tag of $1.48 million.

While cryptocurrency payment is slowing getting to the mainstream, many merchants are still scared of accepting BTC and other digital currencies as payments largely because of their wild fluctuations. The value of bitcoin has ranged from just  $3000 to more than $12,000 in the last 18 months.

Irrespective of this, the use of digital currencies in Real Estate transactions in New York has been on the increase. For instance, ManageGo, a rental management company based in Brooklyn, announced last year that it would accept payments made with cryptocurrencies.

In most cases, cryptocurrencies have been accepted in more expensive listings. Corcoran, a premier real estate company, is currently marketing a five-story mansion at 10 East 76th street on the Upper East Side for $29 million and according to its listing, the seller has agreed to accept payment in BTC, XRP or Ether.

In a farther area of the city, 40 Riverside Drive, another mansion is also marketed by Sotheby’s International Realty for  $13 million and payment can also be made using Bitcoin. 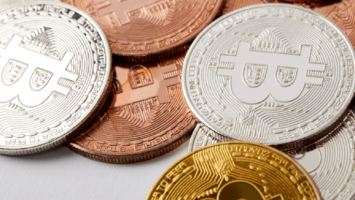