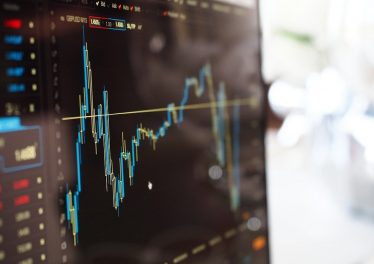 The past week started with the crypto market valuation at $1.25 trillion. Some cryptocurrencies experienced notable price increases that saw the worth of the sector under consideration peak at $1.31T.

Unfortunately, there were no further positive changes after the high. The industry closed the last seven days at $1.22 trillion, failing to record any significant losses or profits.

As has been the case with the previous weeks, there were no price-affecting fundamentals over the period under consideration. This has resulted in the continual uncertainty permeating the market.

The Crypto Market Remains in Fear

The Fear and Greed Index is one of the key metrics to measure if the sector is picking up momentum or losing it. The indicator has not changed and as remained with the fear region.

Nonetheless, coins like WAVES are the top gainers over the last seven days as it gained more than 13%. HNT follows closely with an almost 13% increase as well. The top losers over the period under consideration is GMT as it lost more than 21%.

CVX is the runner up as it lost 18.8% last week. With a brief overview of the market, let’s look at the performance of some of the assets in the top 10.

BTC ended the past week recording a small profit. This is the first time the cryptocurrency will be ending a seven-day period of gains over the last 10 weeks.

The previous intra-week session started on a bullish note, as it spiked by more than 7% on the first day of the week. It opened at $29,454 and rested the $32,000 resistance for the first time in more than 14 days.

The highlighted level broke as the top crypto peaked at $32,195. Further attempts at other barriers continued on Tuesday but did not yield results as the apex coin closed the same way it opened the 24-hour trading period.

The next trading session was a reverse of Monday’s trading actions as we observed a massive deficit in price. Bitcoin lost more than 6% after an opening at $31,777. It lost the $30k support and closed at $29,787.

Thursday brought relief for the bulls as a rebound was seen at $29,791. The apex coin made an attempt at the $30k resistance which proved successful as it peaked at $30,600. It closed the session with an almost 3% increase.

Unfortunately, an equal deficit was seen the next day. The weekend was marked by low trading volumes which resulted in little price movement. On the part of indicators, there is no new development. The Moving Average Convergence Divergence is still on an uptrend and seems less affected by the drop in price.

The Relative Strength Index peaked at 51. This is as a result of the surge on the first day of the week. However, the momentum could not be sustained as it ended at 44.

Nonetheless, a small adjustment to the Pivot Points sees the crypto asset trading close to its pivot point.

Ethereum ended the past week a little better compared to its previous. Its price movement was represented by a doji on the weekly chart.

Nonetheless, it kicked off the previous intraday session strong as the bulls were in full control of the market on the first day of the seven-day period. They rallied the crypto to a retest of the $2,000 resistance.

The attempt proved successful as the asset under consideration peaked at $2,013. It gained more than 10% at the end of the session. However, the market scenes changed on the second day as the bears seized control of the market.

ETH lost almost 3% and the downtrend continued. A bigger drop hit the coin on Wednesday as it opened trading at $1,940 and retraced to a low of $1,762. The largest alt hit rebounded at the mark and closed at $1,816, losing more than 6%.

A doji followed as the bulls tried rallying the market but failed. Nonetheless, the crypto under consideration saw more selloff on Friday as it lost 3.32%. The last two days of the week we’re marked by green candles.

However, the impact of the bullish action was not as notable as the ether as minimal trading volume. Indicators are revealing no evidence of a surge or dip as there has been no new movement.

Nonetheless, MACD has continued its uptrend and both EMAs are maintaining their distance. RSI also saw a notable surge as the metric hit a high of 44 but closed the week at 38.

Additionally, a massive rally could send ether as high as testing its pivot point as it is currently above its first pivot support.

Like the preceding cryptocurrency, Binance coin also enjoyed notable price increases during on the first day of the previous week. It opened trading at $305 and peaked at $323.

It closed at $322, gaining more than 5%. The bear made an attempt at dumping the asset the next day but failed as the required pressure was not seen. However, this changed on Wednesday as massive selling congestion hit the market.

The bulls rallied the market the next day as BNB surged from $300 to a $308. It gained 2.63% during that session. However, it lost all its accumulated gains the next day.

The asset under consideration closed below $300, losing more than 3%.  The last two days of the week were evenly split between the two trading factions as Saturday was bullish and Sunday was the opposite.

On the part of indicators, the Moving Average Convergence Divergence indicates that the asset under consideration is experiencing a bearish convergence. This was made clear as the distance between the 12-day EMA and the 26-day EMA has been closed.

Like the preceding assets, BNB is trading closer to its pivot point. Additionally, RSI also peaked at 49.

Cardano is one of the few projects that closed this past week with notable increases. The coin ended its nine week drought with a 17% increase.

Monday started with the crypto asset exchanging at $0.48. It soon saw massive buying pressure that saw it surge as high as $0.57. Unfortunately, it was met by retracement and closed at $0.56. The opening and closing price suggest a more 18% increase.

The uptrend continued to the next day as ADA tested and flipped the $0.65 resistance for the first in more than fourteen days. It also experienced massive selling connections after it peaked at $0.68 and was sent as low as 0.62.

It gained almost 10% at the end of the session. The bears seized control of the market on Wednesday as the asset lost an equal amount as it gained during the previous 24-hour period. It dipped as low as $0.53, crushing many support on its way.

A similar price movement was recorded on Friday as the market turned bearish. The last two days of the intraweek session were marked by bullish actions which were not significant due to the little trading volume the asset experienced.

RSI was above 50 for the first time since the first week of May. The metrics also closed 47. ADA also flipped it pivot point but failed to gain stability above that level. Additionally, MACD has continued its uptrend.

Like most crypto assets, the past week marked the first bullish session in ten weeks. Ripple is no exception as the previous intraweek session was represented by a green candle on the weekly candle.

Monday was the main highlight of the week as the asset under consideration saw increased buying pressure which resulted in an increase in its worth. XRP started the previous seven-day period at $0.38.

However, it closed the first 24-hour trading cycle at $0.41 which signifies a more than 7% positive price change. The next day saw more bullish efforts that failed to yield any result as XRP closed at the same price it started.

Wednesday came with a change in scenery as ripple dropped from $0.42 to a close at $0.39. It lost 5.46% during that session. One of the main highlights of the period under consideration is an attempt at the $0.35 support.

The cryptocurrency saw little trading volume next but was very bullish, as indicated by the green candle. XRP suffered another selling congestion on Friday as it lost more than 3%.

There was no notable price movement during the last two days of the week. Nonetheless, ripples’ Relative Strength Index saw more improvement as it closed at 38.

The Moving Average Convergence Divergence has made little or no change to its trajectory as it maintained its uptrend. On the part of the Pivot Point Standard, XRP is currently exchanging below its pivot point.