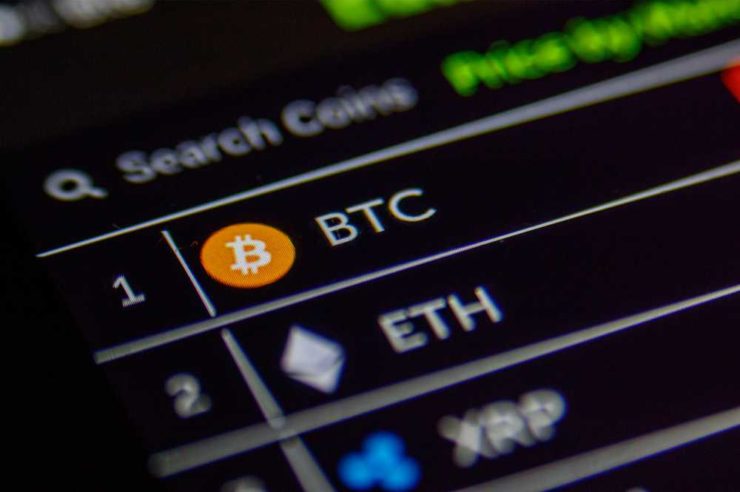 A lot has happened in the crypto space over the last seven days. As per the report from Coinfomania, the first Bitcoin Futures EFT launched on Tuesday. The report came a day before stating that fund manager ProShares will launch an exchange-traded fund tracking bitcoin futures on the New York Stock Exchange. The final prospectus submitted to the Securities and Exchange Commission (SEC) did not meet any opposition, paving the way for trading to begin on Tuesday.

Buoyed by this news BTC recorded all-time news The new ATH of the most valued coin is $67,016. The crypto industry also recorded a big win as the Sindh High Court finally ruled that the ban be lifted by the government and cryptocurrencies be accepted in the country. For the first time since 2018, Pakistanis will soon be able to buy cryptocurrencies.

Unfortunately, the crypto market hasn’t seen a lot of improvements in market cap. The week started with the global cryptocurrency market cap at $2.50 trillion. The current market as of this time is $2.55 trillion – not up to a 5% increase. The industry peaked at a high of $2.67 trillion and saw a low of $2.3 trillion.

We noticed that some exchange tokens have had a tremendous run since the start of the week. One such is OKB, as it increased by 67% during this time, with Huobi token rising by more than 20%. Other cryptos also increased in value including SHIB, gaining 32%, SOL gained 22%, ONE gained more than 10% and many more. Having passed through the week, let’s see what the charts say.

The most valued coin suffered a major setback in prices after its ATH. Many traders started taking profit from the market resulting in massive sellers congestion. BTC value per unit dipped to as low as $59k before rebounding off the support.

Bitcoin as of the time of writing is recovering and holding on to the $60,000 support. Since the drop to $59,633, the largest crypto by market cap has not risen past $62,000. The King coin performance over the last seven days is not up to par as it may close the week in loss.

With the $60k support continuously flipped over the last three days, BTC did not drop below $59k – making it a support to watch. In a case of an intense price dip, we may expect the buyers to hold the most valued coin at $56,000. The bulls will aim for a return to $65k but may face a tough time at $63,000.

The second-largest coin had a tremendous week as it is about to close the week with an increase of 5.37% as of this time. The largest alt saw a low of $3,675 and a high of $4,375. Ether will be closing in on gains for the fourth week in a row.

ETH rose past $4,000 for the first time in 30-days on Wednesday. The coin has been hitting the mark since its first crossing till the time of writing. The $3,800 support held out over the last three days. Ether will look to flip the $4,500 resistance soon.

The predicted death cross is about to take place as we notice that a crossing may happen on the Moving Average Convergence Divergence (MACD). The chart above shows the fast line dipping in response to price movements as we this indicator may hint at impending selloff.

The exchange token was unable to cross $520 this week. With the death cross in view, we may expect a dip lower than the previous. The $400 support may be the strongest as Binance coin flipped the $450 mark twice this week.

Kraken users were thrilled to get Cardano at a discounted price of $1.8 per unit. On average, the fifth largest coin by market cap hit a low of $2.1 on other exchanges and a high of 2.3.

We saw a change in the ADA trend this week as it showed that the ADA/USD pair showed hit a high that was not attained last week. The coin was presumed to have finally joined the bullish market after more than two weeks with retracements.

Unfortunately, the buyers could not sustain the uptrend and the sellers’ congestion resumed. Cardano is down by 2.45% over the last seven days. If the dip continues, the pair may drop as low as $1.9.

Solana is about to end another week in profit as it is up by 18.96% in the past seven days. The coin hit a new all-time high this week as it rose as high as $222 as opposed to $220. The current sixth coin by market cap reclaimed this spot during the time under consideration – unseating XRP.

The coin is facing retracements as of the time of writing as it is trading at $189 per unit. If the downtrend continues, we may expect a rebound at $140. A resumption of the uptrend may result in the SOL/USD pair reclaiming $200.

Ripple coin is trading more than 3% lower than the price it started the week. The coin is on its way to recording its second week of losses as it failed to surge higher. XRP saw a high a high of $1.16 and low of $1.06.

The XRP/USD pair came crashing after hitting a weekly high as of failed to hold on to underlying supports. The Moving Average Convergence Divergence (MACD) shade more light as to why the seventh-largest crypto-asset keeps dipping. The chart above shows a bearish cross on the indicator under consideration.

Polkadot has lost more than 4% over the last 24 hours. The body of candle on the weekly chart is a doji as the body is thinning as a result of the intraday trading activities. The coin hit a high of $46.3 and a low of $40.

The price dip is bringing the interception of MACD fast and slow lines after they both surged considerably for more than half the current month. A cross will mean more drop in value per unit. The first line of defense against further retracements is $39.