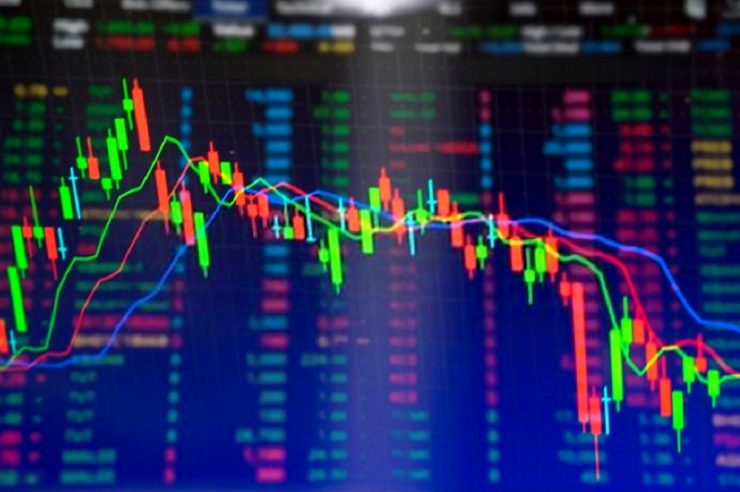 The past six days have seen their fair share of both bullish actions as well as the bearish. Nonetheless, the sellers had the biggest influence on the market as the current valuation of the crypto industry.

As at the time of writing, the industry is valued at $1.74 trillion. The sector was estimated to be over $1.88 trillion at the start of the week. It hiked above $1.90 trillion before the end of the intraday session on Monday.

The market peaked at $2 trillion over the past six days. The bulls are rather unsatisfied with the most recent price performance of most coins, as the global cryptocurrency market cap lost almost 8% during the period under consideration.

Most projects in the top 100 are down by a few percent. The image below further shows how some assets are in the top 100. EGLD is the top loser as it lost more than 24% during the current intraweek session. 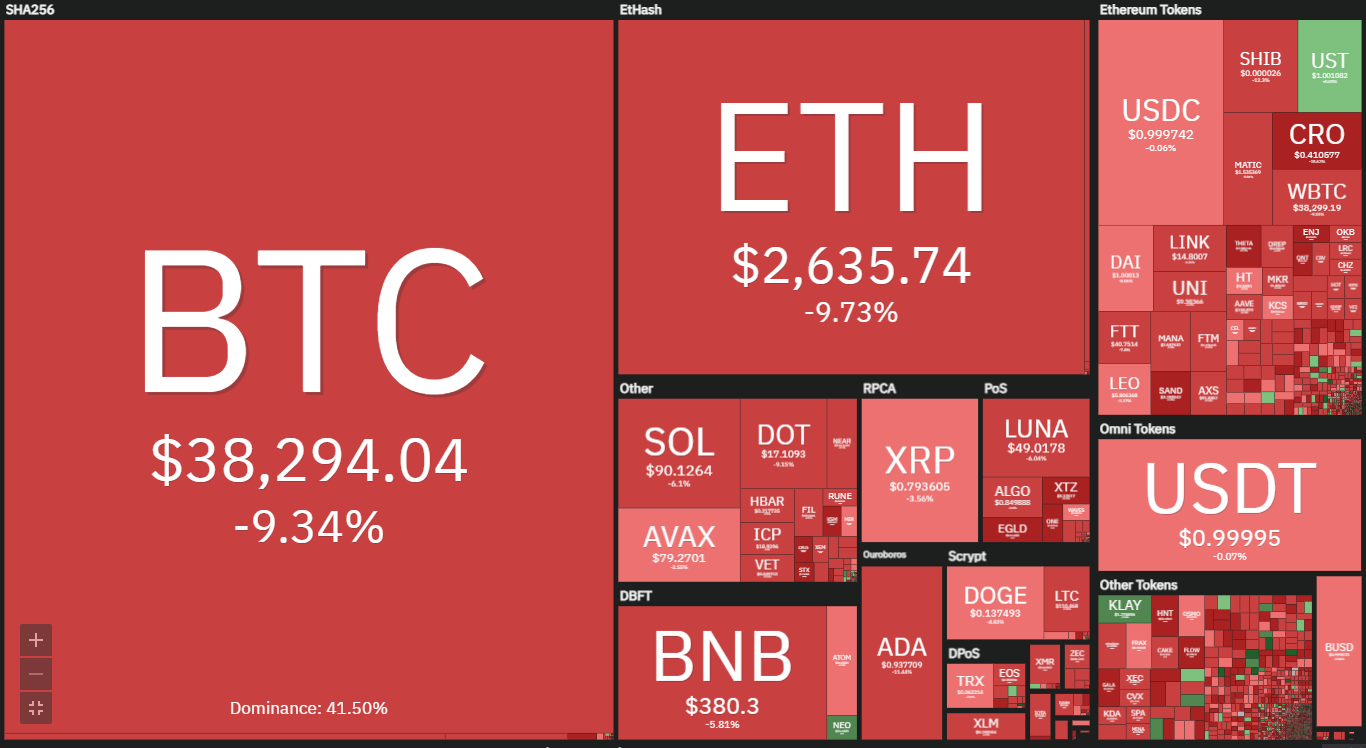 Market sentiment returns to fear as the Fear and Greed Index is currently at 27. The absence of price defining stories has also contributed to the current state of the industry. However, mass adoption continues as Jared Polis, Governor of the U.S. state of Colorado, has confirmed that the state will soon start accepting cryptocurrencies for tax payments.

With an overview of the market, let’s examine the performance of some coins in the top 10.

The past week started with the largest coin by market cap, recording few increases in price. The hike lasted throughout the first four days of that seven-day period as the project saw a high of $45,850. BTC trajectory changed on Friday as it retraced, losing some of its accumulated gains. The retracement continued until the end of that timeframe, with the apex coin failing to record any gains.

Bitcoin started the past six days a little dull as it closed the first day of the week with minimal loss. It picked up momentum as the intraweek session progressed. It gained more than 5% over the next 48 hours – sparking hopes of a return to $45k.

Unfortunately, expectations were squashed as the largest digital asset started a downtrend on Thursday. Like the previous session, BTC lost all its gains and may close the losing 9% as it opened the period under consideration at $42k and is currently exchanging at $38,225.

Aside from the readings on the daily chart, we observed that last month’s price actions have resulted in a bearish divergence on the monthly. This could spell trouble for BTC as it may experience more downtrends.

The Pivot Point Standard also suggests that the top asset may have fallen into another bearish dominance as it is currently trading below its pivot point. Bitcoin may test the $37k support if the current downtrend is not halted.

Ether regained composure above $3k last week as it saw a high of $3,284 ( the highest past 30 days). Unfortunately, the largest alt closed that period at $2,800, losing more than 6%. Adding to the worries of a bad end to the session, the coin lost its pivot point as it slipped below the mark.

One analysis concluded by stating that ether is set to see a bearish convergence as both MACD lines are closing in on each other and that since its death cross, the 50-day MA has been on a downtrend and may likely be a support if the current market trajectory remains the same.

The first phase of the above statement took place over the last 48 hours as ETH saw a bearish divergence. Like BTC, the second largest cryptocurrency kicked off the past six days a little slow as it failed to record any significant losses or gains as a result of the minimal trading volume it experienced.

However, it picked up momentum as the week progressed, gaining more than 10% over the next 48 hours. The asset was seen trading above its pivot point and got some traders hoping for continuation of the uptrend.

Unfortunately, the bulls failed to sustain the buying pressure. Ether has been in a downtrend since Thursday and it may close the week losing more than 8% of it value per unit. We also observed that the most recent price correction has resulted in ETH losing its pivot point.

Binance coin surged above $440 last week as it steadied above $400. Unfortunately, as that trading session continued, the fourth largest crypto asset succumbed to the prevalent sentiment as it dipped – losing a little above 5% at the end. Like the preceding coin, the token lost its pivot point as it slipped below the mark.

The previous intraweek session closed with fears of bearish convergence spreading. This worry became a reality as MACD was about intercepting, a few hours to the time of writing.  Like BTC, BNB kicked off the past six days a little slow as it failed to record any significant losses or gains as a result of the minimal trading volume it experienced.

However, it picked up momentum as the week progressed, gaining more than 8% over the next 48 hours. That little hike saw the token exchange above its pivot point and got some traders hoping for continuation of the uptrend.

The bears capitalized on the market as the bulls failed to maintain the upward trajectory . The exchange token has been in a downtrend since Thursday and it may close the week losing more than 8% of it value per unit. We also observed that the most recent price correction has resulted in ETH losing its pivot point.

The buyers tried to stop the downtrend Ripple was facing during the first two intraday sessions but failed. Their efforts yielded rewards on Wednesday as the sixth largest token saw a pump that pushed it as high as $0.86 – gaining almost 6% in the process.

Many right-wing traders would have hoped for a continuation of the past momentum as XRP was one of the few tokens to end that period in profit. The digital asset gained more than 17% during that time.

However, the current price movement suggests that ripples have succumbed to the general market sentiment as it is down by more than %4. Nonetheless, the coin saw a high of $0.86 and a low of $0.75.

The $1 support has been the most talked about price level as it is perceived as one of the most important price marks. This is due to ADA constant lingering within the sub-$2. The past week ended with Cardano edging closer to the barrier as the asset closed with a more than 8% deficit.

Although seeing a high above $1.26, the bulls failed to sustain momentum until the end of that intraweek session. Commenting on the importance of the $1 support, one article mentioned that it is important for the bulls to hold prices above this price mark as failure may result in a retest of $0.80.

The seventh largest asset is currently exchanging at $0.93 after opening the week at $1.05 – a more than 10% deficit. The $1 support as failed and we may see a retest of the $0.80 support if the market trajectory remains the same>