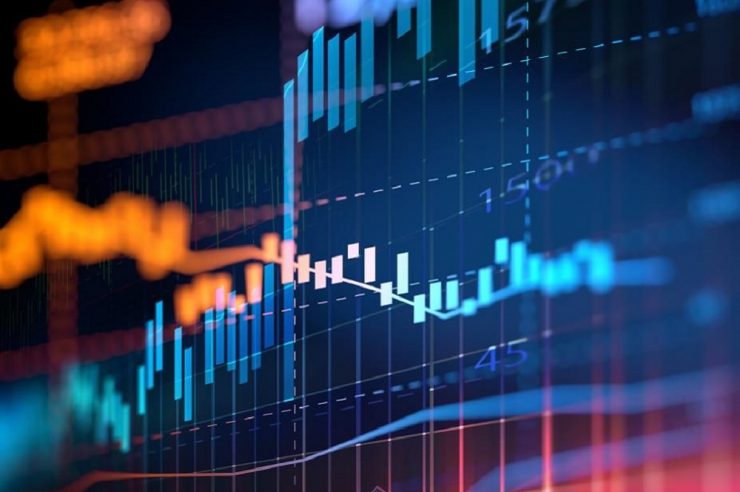 The state of the crypto market is not something many would love to see. The global cryptocurrency market cap is almost the same as it started seven days ago. Currently worth $2.27 trillion the industry has recorded no significant profit as it opened the week at $2.25 trillion.

Seeing no massive hikes, the industry peaked at $2.40 trillion and hit a low $2.10. Most cryptocurrencies are either up by a meager percentage or down significantly. This is reflected in the chart below that displays the activities of most coins over the last seven days. 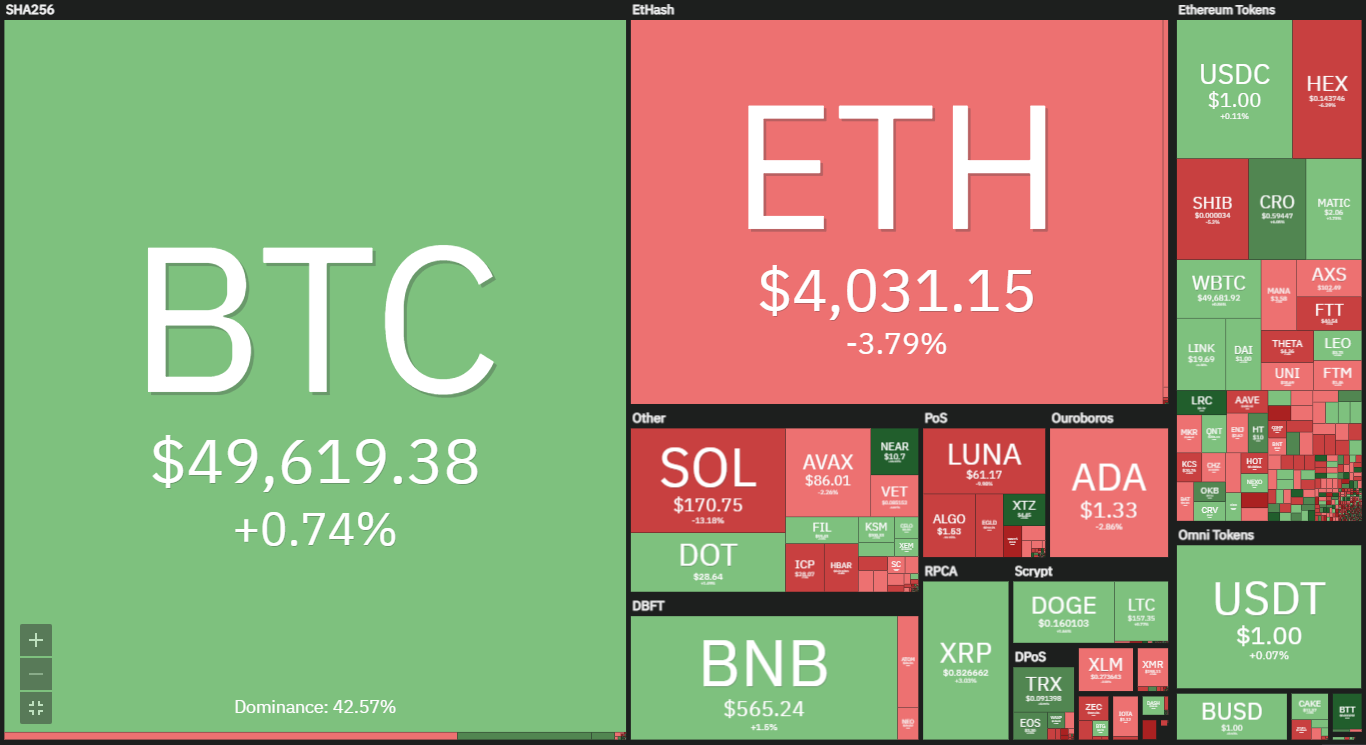 The last day of the week seems to be offering hope to the bulls as some projects have risen considerably. The image below shows the percentage increase in the price of these digital assets over the last 24 hours, with QNT taking the lead with a 15% hike. 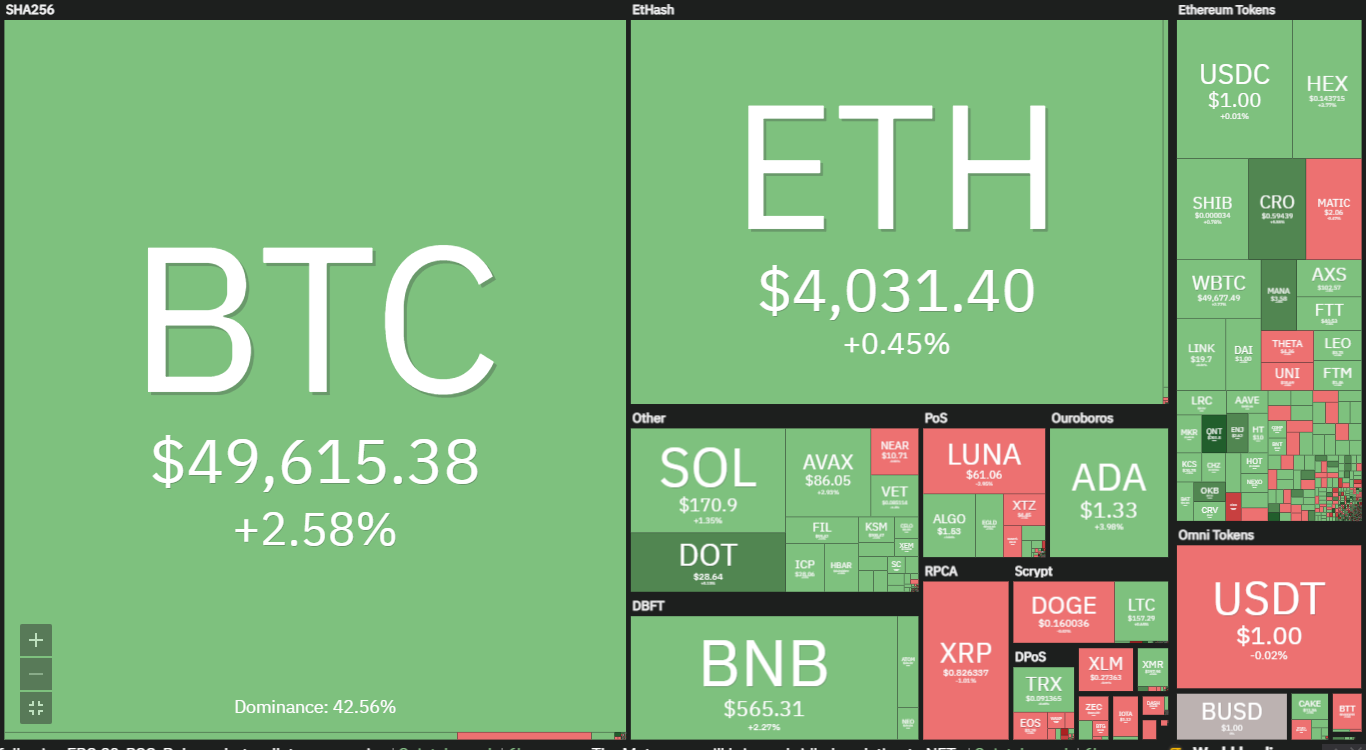 The crypto industry has been unable to come out of its bearish dominance, as hinted by the Fear and Greed index. The metric has remained below 30 (extreme greed) over the last seven days, with the lowest reading being 16.

The inability to rise out of retracements and price dips could be blamed on seemingly dull market fundamentals. The first day of the week was one of the dullest traders seen in a long time. This has echoed over the last seven days.

The biggest bullish story during the period under consideration is MicroStrategy’s most recent buy. The company revealed that it had bought a total of 1,434 BTC for approximately $82.4 million at an average purchase price of $57,477 per bitcoin, suggesting that the purchase was probably made around last week since bitcoin’s price has been stuck below $50,000 for a few days.

Unfortunately the bulls were preparing to buy the news, the bears countered. Yesterday, the South Korean government introduced a “Travel Solutions Rule” that will ban withdrawals for cryptocurrency exchanges not KYC licensed.

Although taken as a step to regulate the market, traders took it ill-fated and this we know based on the fear and greed index. Having gotten an overview of the market, let’s examine the performance of some projects in the top 10.

Going with the dull atmosphere of the crypto street, Bitcoin did not see a lot of volatility like in the preceding week. The top coin saw a high of $51,991 and retraced as low $46,789. BTC may be closing the week in profit but not as many will expect.

Monday was a little busy for the largest coin by market as the day opened at $49,484 and surged as high as $50,986 on the first day of the week. The coin saw a low of $48,656 during the time under consideration and closed the intraday session with little profit.

The next two days were marked with very little movement from the apex coin as the candles representing both trading sessions were dojis. Bitcoin changed its trend on Thursday but negatively as it lost 5.84% – wiping out the little gains from the first day of the week.

The market seems to be reverting to the previous pattern of surging over the weekend. This is especially evident as BTC is up by more than 5% over the last 48 hours. The hikes also saw the apex coin retest and flip the first pivot support at $50,300.

We also saw bitcoin almost become an oversold asset. The Relative Strength Index (RSI) threatened to go below 30 as it remained at that level for almost two days before surging. Regardless of the bearish actions over the past seven days. the $46k support held out.

Opening the week at $4,202, Ether almost tested the $4,500 resistance but failed as it retraced at$4,491 (the intraweek low). The largest alt also saw a low of $3,833 but current price suggests that the asset may end in loss for this asset.

The coin hinted at a promising week as it gained more than 6% in the first three days of the week. The uptrend took a turn for the worse on the fourth day, as it lost 7% and 5% over the next 24 hours, which resulted in a decrease on the weekly scale.

Ether did not dip below $3,800 like it did nine days ago – establishing the mark as a strong support as it held out against two attacks. Trading above $4,100, Ethereum is taking a step closer to testing and flipping its pivot point.

The situation with the third largest cryptocurrency is much better than the preceding week as Binance coin is one of the many projects that are about to end the past seven days in profit.

BNB lost 8% in 48 hours as it was not immune to the correction that ravaged the market. An almost 8% increase over the first three days of the week saw the MA submit to the bulls but the retracement caused the exchange token to dip below the 50-day Moving Average.

Nonetheless, the second largest alt is gaining in on its PP and may retest it as we observe the distance between the current price level and the first pivot support increase. After failing to flip the $520, BNB gained a lot of stability and the pivot support 1 may continue to hold.

Solana is about to end this week losing 11%, making it the fifth consecutive week of loss. The coin dropped as low as $161(the lowest in seven weeks) and burst to $204.  SOL is the second top loser in the top 10.

The SOL/USD pair showed little to no hint at an end to the more than one month downtrend. With the downtrend intensifying, the pair was mostly bearish over the last seven days but very few price hikes that were considered insignificant.

The last seven days ended with the pair still under bearish dominance. This has resulted in an increase in the gap of the Moving Average Convergence Divergence (MACD). Amidst the dominance, the $160 support still holds and may be tough to break.