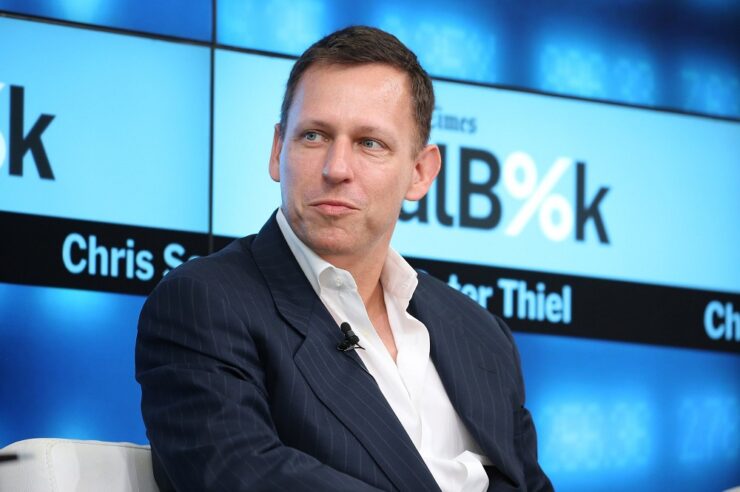 As bitcoin price hits a new historical high (ATH) above $67,000, Peter Thiel, a billionaire Venture Capitalist and PayPal co-founder, said he feels like he doesn’t have enough investment in the leading cryptocurrency.

Speaking at an event hosted in Miami by the Lincoln Network, the billionaire investor noted that his only regret was not buying more bitcoin when the price was still below its current range.

“You’re supposed to just buy more bitcoin,” Thiel teased, adding, “I feel like I’ve been underinvested in it.”

He also noted that his hesitation about investing more in bitcoin was because he assumed everyone knows about cryptocurrencies and that it is no longer a secret. But “maybe it still is enough of a secret,” he concluded.

After cautioning AI developers about how they are helping to destroy the world, Thiel then compared crypto to artificial intelligence. The billionaire described crypto as a reformer due to its decentralized nature and AI as a communist because it calls for centralization.

Slamming central banks, Peter Thiel noted that the currency surge in cryptocurrencies should be a great concern to the world’s financial system.  According to him, bitcoin’s latest ATH surely “tells us that we are at a complete bankruptcy moment for the central banks.”

Peter Thiel is one of the major active Bitcoin proponents known for calling the cryptocurrency “a hedge against the whole world falling apart” and believes the digital asset became a currency in 2014.

Meanwhile, Thiel is a serial investor in the crypto space. The billionaire, alongside other venture capitalists, recently invested in Layer1, a cryptocurrency mining firm based in San Francisco that uses geothermal energy  for its operations.

The mining company raised $50 million from Thiel and Shasta Ventures, among others. Adding that the capital to the $2.1 million it previously secured in a funding round will help Layer1 to achieve its dreams of becoming a world leader in the bitcoin mining sector.