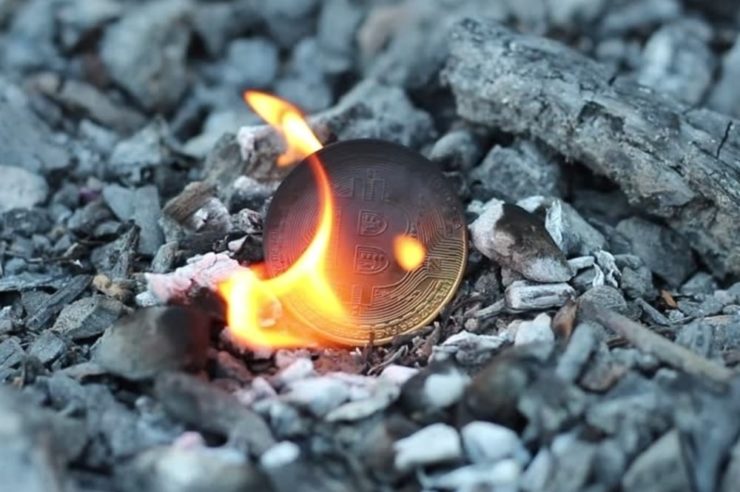 The identity of Satoshi Nakamoto has been a mystery case since the inception of Bitcoin, with another Satoshi showing up earlier this week and Craig Wright previously filing a copyrighted document in that regard.

However, all of their undoings comes with the fact that none of them has access to the private keys used to lock the near one million Bitcoins (appr. $10 billion) which the real Satoshi Nakamoto is sitting on.

Uninterestingly, the fact that that mound of BTC has been untouched for years continues to leave room for varying speculations regarding who is the original Bitcoin creator.

But Ray Youssef, the founder of crypto exchange, Paxful, has added a plot twist to the search for Satoshi by suggesting that the 980,000 BTC belong to Satoshi be destroyed.

According to the tweet, made shortly after the latest Satoshi hoax, Ray suggested a soft fork of the Bitcoin network.

Lets burn all of Satoshi’s 980,000btc. Will be a softfork but if no one comes forward to stop it then the coins are lost and so is Satoshi. Lets end this with some closure by fire ? Whomever is with me, reply “burn” https://t.co/K6sTWNvrnM

Ray notably went on to tag Binance CEO Changpeng Zhao (CZ), CoinBase CEO Brian Armstrong, Roger Ver, and others. He also asks his followers to reply ‘burn’ if they are in with his suggestion which said will lay Satoshi to rest. However, despite his enthusiasm to oust Satohosi, Ray’s proposal was not welcomed by many.

A majority of the fears lay on the fact that if the Bitcoin creator appears upon news that his assets were about to be destroyed, then a market crash would follow if he also opted to cash out the 980,000 Bitcoins.

Mihai Teodosiu, the founder of Yakkie Apps, replies to the tweet saying,

“How about no. It’s an idea as stupid as CZ’s idea to roll back the chain after the Binance hack. Stop trying to rewrite the past. The blockchain is meant for integrity and immutability, not some dumb fucks playing with forks.”

However, the Bitcoin network will have to come to a consensus which will require that 51% of miners globally agree to execute a blockchain reorganization to move the coins into a different wallet. Another alternative would be to split the Bitcoin network into two. This way, Satoshi would hold coins in one network but not in the other.

However, both scenario is improbable to happen since it would mean that Bitcoin comes under censorship or the control of a group of miners (individuals that agree to the soft fork).

That said, it is clear to see that Ray Youssef’s suggestion will only attract the ire of the global Bitcoin community and maybe he should ask Binance CEO, Changpeng Zhao what happened when he mistakenly suggested a similar move.