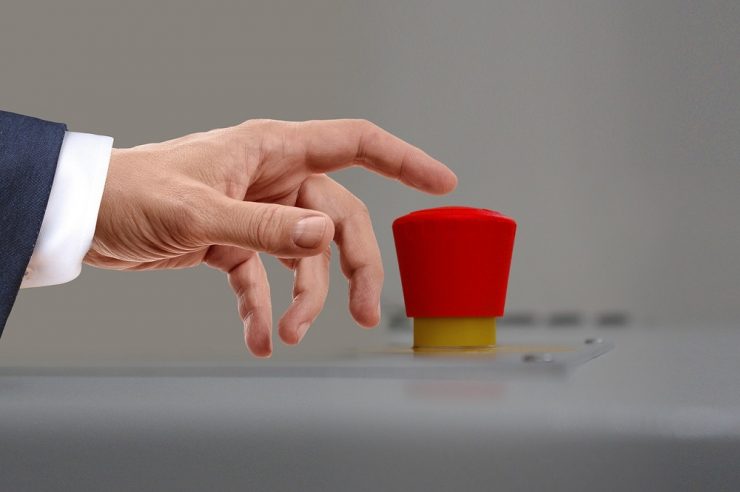 Within the last 24 hours, two popular cryptocurrency exchanges, OKEx and Bitfinex, have reported separate distributed denial-of-service attacks (DDoS) that could be coming from the same source.

OKEx was the first to go offline on Thursday, citing a large-scale attack (200G) supposedly led by competitors. However, the OKEx technical support team rallied to save the day, only for a higher grade attack (400G) to be reported in the same hour that Bitfinex suffered its first.

Today, Friday, Bitfinex went offline for approximately an hour, during which no trades were executed on the platform. Similar to OKEx, though, BitFinex claims to have resolved the situation and subsequently tightened things up in case another of another attack.

Services on the Bitfinex platform have resumed. We implemented a stricter protection level as a result of our platform coming under a Distributed Denial-of-Service (DDoS) attack. All issues relating to the DDoS attack have now been resolved.

A DDoS attack is a cyber-attack where the perpetrator seeks to deny users access to a network resource offered by a service provider (in this case are crypto exchanges) through a series of disruptive actions.

As BitFinex CTO, Paolo Arduino noted, however, the perpetrator, in this case, was fully prepared to execute a sophisticated attack, a factor that allowed the downtime to last for close to an hour.

Meanwhile, OKEx CEO Jay Hao offered a path to redemption, calling on the perpetrator to reach out to the exchange and get a double-pay to stop the attacks. Hao also called on BitFinex to share details of the attack so that both teams can collaborate on resolving the urgent situation.

So far, both exchanges report that user funds are safe, with a significant downside being the disruption in service that could lure their users to competitors. On the other hand, the price of Bitcoin has continued to decline, albeit the downtime at both exchanges may not be the primary catalyst.