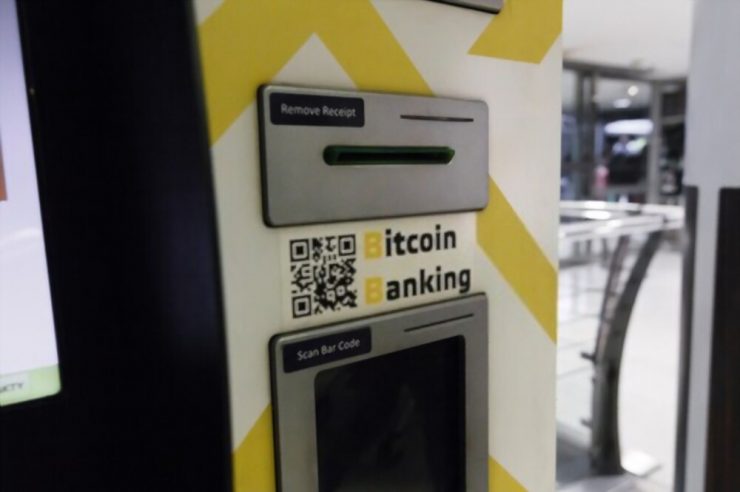 Daniel Adekunle, the CEO of Blockstale, explains that the purpose of the BATM is to make the exchange between Naira and Bitcoin easier.

The new ATM, which is situated in Lagos, the commercial hub of the country, makes it convenient for anyone with seemingly little knowledge of Bitcoin’s technicalities while allowing users to purchase BTC with cash.
According to Google Trend, Nigerians are becoming very active in the crypto space as the country has the highest search interest in Bitcoin in the world.

Even though Nigerians had once suffered a colossal loss to the popular crypto Ponzi scheme called Mavrodi Mondial Moneybox (MMM) in 2016, they did not stop showing interest in Bitcoin.

Many factors contribute to their increasing enthusiasm in the crypto space, especially as the country struggles with its economy. Due to the extreme poverty in Nigeria as a result of corrupt leaders, citizens are always on the lookout for alternative sources of income. And Bitcoin seems to be the juiciest option for them, considering that the digital asset recorded a massive 8.9 million percent growth in the last decade.

Additionally, the naira continues to lose its value, thus becoming a poor store of value. Some Nigerian are using Bitcoin to preserve their wealth.

Nigeria’s gig economy is on the rise as more youths are offering digital services, both part-time and full time. These freelancers have difficulties receiving payments from abroad due to bans from payment companies like PayPal, costly transaction fees, or rigid processes from others like Western Union. Cryptocurrency has made it easier, cheaper, and faster for these freelancers to receive cross border payments.

Bearing in mind the economic development Bitcoin has brought to Nigeria, Adekunle encouraged the Nigerian government to make cryptocurrencies a legal tender.

Concerning the launching of the Bitcoin ATM, he said, “With this innovation, Nigeria ranks eighth in the world to experience the evolution of Bitcoin ATM, which has brought global recognition to the country and Africa. Bitcoin is a digital currency that operates independently across national boundaries and sectors, which can be used as a form of trade, investment, payment, and settlement.”

Bitcoin ATM continues to grow worldwide. Several reports from Coinfomania confirm the total number of BATM globally has surpassed 8,065, which is more than 200% growth in the last two years and more than 500% since 2016.