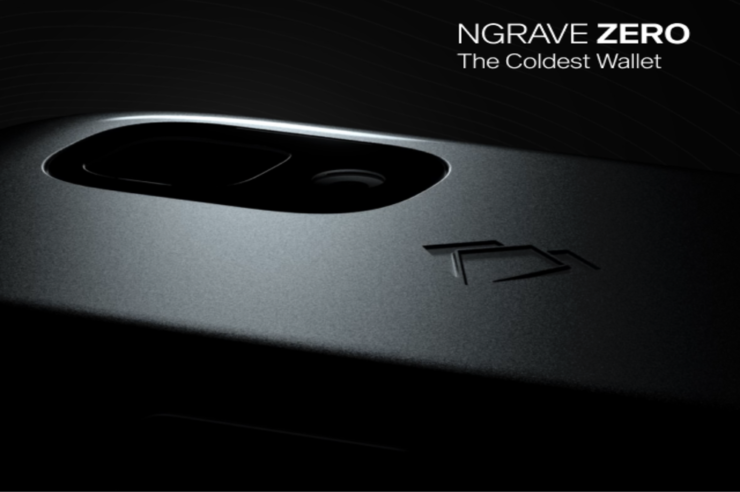 Belgian-based blockchain and digital security firm NGRAVE has recently reached a new milestone in its quest to provide optimal levels of security for digital asset holders within the crypto space.

In a press release shared with Coinfomania, NGRAVE is already shipping out its first batch of its highly-anticipated hardware wallet, NGRAVE ZERO.

Dubbed “the coldest,” the latest development makes NGRAVE ZERO the first hardware wallet with the highest form of security within the digital space and around the world.

More than that, the hardware wallet is also the first crypto-related product built with firmware to earn the highest security certification in the world, EAL7.

Notably, NGRAVE ZERO is the first hardware wallet to include a recoverable key backup solution should users happen to lose their private key, it also consists of features that completely make it an offline crypto hardware wallet.

According to Ruben Merre, the CEO at NGRAVE, the power of the “Coldest” is engraved within the “perfect key.” He noted,

“Looking into the existing key creation processes, we realized there were serious security gaps. So we reinvented the way keys are generated and also overcame the limitations of today’s widely used mnemonic wallets.”

High Demand For The Coldest Wallet

Recall that in July last year, the security firm set out to raise the sum of €25,000, for the hardware wallet in its Indiegogo crowdfunding. Interestingly, during the pre-order sale, a whopping $431,772  was realized from 1,225 backers.

With wallet hacks on the increase, the total amount raised as opposed to the initial €25,000 verifies a pressing need for a more secure wallet.

However, Xavier Hendrickx, Chief Technology Officer at NGRAVE, took a more proactive measure to beat digital insecurity after he suffered a $10 million hack on his previous blockchain project, he asked a mind bulging question,

“Where can one store their crypto and be able to sleep at night?”

Along with his team of three, the CTO set out to provide what apparently would be a satisfying answer to date – the coldest wallet.