Missoula County Commissioners board have voted in favor of the new Renewable Energy Practices implementation on cryptocurrency mining, on April 04. This new regulation will be valid for next one year, until April 3, 2020.

As noted by a local source, all new or expanded cryptocurrency companies will need to purchase or build new sources of renewable energy for the compensation of their 100% energy demand.

The county of Missoula, located in the state of Montana, has imposed these interim guidelines as a solution to industry’s massive energy consumption.  The regulation favors the city-county resolution pledging to use 100 percent clean energy by 2030.

The new law would also only allow crypto-miners in light industrial and heavy industrial districts to establish their operations after they have been reviewed and approved as a conditional use.

Bad news for some businesses

The County’s staff has reported that Hyperlink, a company located in the Bonner mill industrial zone, is consuming up to one-third of all homes in the region and even planning to increase its current usage. However, Bonner mill’s owners, their lawyers, and the managers at Hyperblock say that the new rule may result in job losses and they might have to fight it in court.

Although Hyperblock uses renewable hydroelectric power for its massive bank of computer servers, the County commissioners claimed that energy use displaces other potential buyers of renewable energy. Also, the county’s ordinance says it must be “new,” not existing, renewable power.

James Bowditch, an attorney representing HyperBlock, noted that “you’re really targeting one business and that’s the only business that exists that will be impacted by these regulations.”

Commissioner Dave Strohmaier noted that climate change, which a broad coalition of scientists says is caused by fossil fuel emissions, is “absolutely a planetary emergency and it is an emergency in Missoula County.” 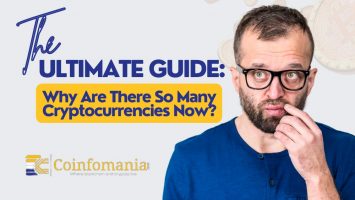