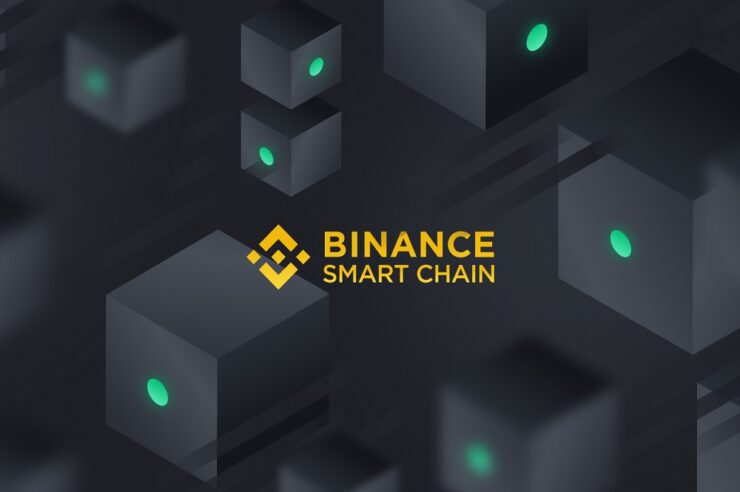 Decentralized finance, also known as DeFi, is a blockchain-based finance that does not depend on central financial intermediaries such as exchanges, banks, or brokerages to provide traditional instruments. Instead, it utilizes blockchain’s smart contracts, with Ethereum being at the top of the list.

DeFi platforms allow people to borrow or lend funds from others, trade cryptocurrencies, insure against risks, and use derivatives to speculate the price movements on a set of assets. It also allows users to generate interest in savings-like accounts.

For many startups, Ethereum (ETH) was the go-to network for decentralized finance applications. That was naturally due to Ethereum’s advantage of being a first-mover. And not to forget, ETH played a foundational role in the 2017 and 2018 token sale bonanza.

Even today, it still serves as one of the backbones of many crypto projects.

This year, however, all that has changed in the DeFi sector. After a blockbuster 2020, the DeFi market grew by leaps, increasing its total value locked by more than 50 times within 12 months.

However, the DeFi market is not a single entity. Instead, it’s a loose structure of interrelated projects, such as yield farming, lending, and algorithmic trading.

The rapid growth and scale of decentralized token-based projects added to DeFi’s hype. According to DappRadar data, not only are active investors growing, but they are also active on social media. This has greatly increased DeFi’s visibility and outsized yields.

Despite the growth indicators, the Ethereum project still has inherent flaws since its inception. The network was designed to raise its fees with increasing users. What’s worse, its pre-buying gas feature may be disabled during the summer, exposing Ethereum users to unpredictably high fees.

That’s partly because Ethereum is not scalable, and users are facing a hard time coping with how gas fees work under the current situation.

Are there Alternatives to Ethereum?

Well, yes. Multiple projects have emerged as Ethereum’s killer over the last few years. The most prominent of such projects is the Binance Smart Chain (BSC).

Binance made brave attempts to create a fast and decentralized blockchain but eventually succumbed to the challenge of rigidity, scalability, and an absence of smart contracts. The exchange launched the BSC in response to these challenges.

Binance Smart Chain was designed to remedy a host of issues, such as scalability and smart contract functionality, related to existing blockchains. Moreover, it proceeded to improve non-custodial or decentralized trading.

Binance chain uses Proof-of-Stake (PoS) consensus mechanism and unique dual-chain architecture in the BSC’s design. This is to make it compatible with the Ethereum Virtual Machine. It also allows seamless asset transfers from one blockchain to the other.

Although BSC is complementary to Binance Chain, it is independent and capable of continuing operations if Binance Chain has a blackout.

Binance Smart Chain (BSC) has provided investors with speed, flexibility, smart contract functionalities, and a variety of decentralized applications (dApps) since its inception. But it is still not the perfect blockchain its designers envisaged.

Some various risks and shortcomings accompany the use of BSC. The risks include:

Decentralization is the hallmark of blockchain technology. The urge to eliminate third parties and intermediaries is among the reasons for the technology’s increasing acceptability.

However, when it comes to decentralization, the Binance Smart Chain, due to its mode of operation, falls short of it. Binance owns and controls the system. The fact that it’s run on many servers shows it is distributed and not decentralized.

Moreover, the blockchain has only 21 validators, which contrasts Ethereum and Bitcoin, with an unlimited number of validators. That further proves it’s a centralized system.

In addition, 21 validators portray a centralized network, making it susceptible to cyber-attacks. Centralized systems are prone to system failure-induced crashes, making them a target for regulatory agencies.

So, before you rush into BSC, you must be aware of the risks associated with centralization. You can then decide whether the benefits of speed, low transaction fees, and flexibility are worth the hassle.

BSC adopts the Proof of Stake (PoS) Authority Consensus model. This is an upgrade to the existing Proof of Work Consensus adopted by Monero, Zcash, and Bitcoin. This is to improve the shortcomings accompanying the proof of work consensus.

Under this method, validators with large crypto amounts can wield enormous influence over the network. And since BSC has only 21 validators, they continuously earn the right to create new blocks and earn rewards for each block. That makes the blockchain more centralized.

These stringent requirements of becoming a validator are one of BSC’s shortcomings, militating against its growth. This discourages potential validators from becoming node operators.

Over time, running BSC on a regular computer will become impossible. This is because the network size will require enterprise-level hardware. Moreover, the high transaction throughput increases faster when compared with Ethereum.

Many users hailed Binance Smart Chain’s launch as the blockchain that will mitigate the issues associated with the Ethereum network.

Ethereum’s challenge was scalability issues and high gas fees, and Binance Smart Chain came in to resolve the issues.

However, by offering speed, lower gas fees, and scalability, BSC’s users risk innovation rewards. This is due to the similarities that BSC shares with the Ethereum network, especially its compatibility with the Ethereum Virtual Machine.

The BSC network has an affinity for recruiting previous active developers on the Ethereum network, leading to a lack of innovation.

And again, perfection is a myth. Every invention is bound to have its flaws.

Messari’s Q2, 2021 DeFi’s Review revealed that DeFi protocols experienced an activity that decreased in the quarter’s second half as market speculations dropped. The decentralized exchanges (DEXs) volumes rose from April through June, leaping from $221 billion to $405 billion.

While that looks promising, the volume suddenly slumped towards the quarter’s end. According to Messari’s data, the monthly DEX volume dropped to $203 billion in May and halved to $95 billion in June.

Unfortunately, BSC was the disproportionate loser of May’s market crash. The chain also experienced a series of hacks and exploits, resulting in hundreds of millions of dollars in losses. Consequently, Binance Smart Chian saw its speculation dry up dramatically in June.

As speculated, Binance is equally going through hardships. It has lost partnerships with payment processors, is being blocked by banks and has limited on-ramps to its platform.

Instead, Ethereum is starting to regain its ground as the experimental products group that provides interest, asset swaps, and loans without banks or other intermediaries.

The Binance decentralized finance ecosystem thrived well. However, Ethereum seems to be re-establishing its traditional dominance and looks very certain to take back its crown. It’s only a matter of when not if.