Independent publicly-traded business intelligence company, MicroStrategy Incorporated announced today that it had purchased 21,454 Bitcoins, which is worth about $250 million, including fees and other expenses.

The Nasdaq-listed company valued at $1.2 billion, said the purchased bitcoin is part of its two-pronged capital allocation strategy which was previously announced when the firm released its second second-quarter 2020 financial results on July 28, 2020.

The first prong called for returning a portion of its excess cash to shareholders. It was addressed by MicroStrategy when an announcement was made today that it had launched a cash tender offer for up to $250 million of MicroStrategy’s class A common stock through a Dutch Auction modified offer.

The other prong, which called for investing up to $250 million in one or more alternative investments or assets, is addressed when the company purchased 21,454 Bitcoins. To back the actions that were taken, MicroStrategy CEO, Micheal J. Saylor said in his opening comments that the company’s investment in Bitcoin as part of its new capital allocation strategy, which seeks to maximize long-term value for its shareholders.

Further, Saylor stated that Bitcoin’s investment reflects MicroStrategy’s belief that the cryptocurrency is a dependable store of value and an attractive investment asset with more long-term appreciation potential than fiat money.

Expounding the belief that Bitcoin is better than fiat, he said that since the new asset class was created over a decade ago, Bitcoin has proved to be a significant addition to the global financial system, with characteristics that are useful to both individuals and institutions.

Last week, Coinfomania reported that MicroStrategy would hold Bitcoin as part of its cash reserves. In the report, Saylor said that the recent influx of monetary stimulus by the U.S Federal Reserve, and the fact that the central bank isn’t planning to raise interest rates anytime soon means that investors must look elsewhere to increase yield.

With MicroStrategy taking this step to include Bitcoin as a primary reserve, it will not be surprising to see more companies adopt the new asset class.

See Also: Tyler Winklevoss: Bitcoin is the Only Vaccine for Money Printing Disease 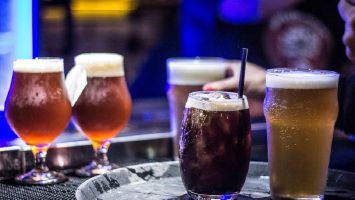